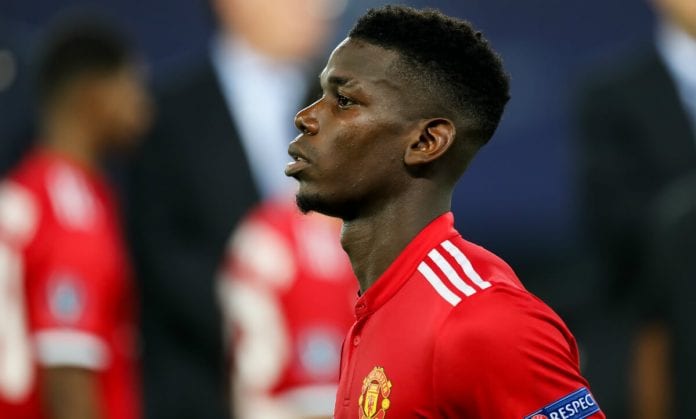 Paul Pogba is a French professional footballer who plays for Manchester United and the French national team. He operates primarily as a central midfielder, but can also be deployed as an attacking midfielder, defensive midfielder, and deep-lying playmaker. Pogba showed much promise as a youngster, flourishing as a member of local youth teams. He eventually joined the youth team of Ligue 1 side Le Havre, before a protracted transfer brought him to Manchester United in 2009. After beginning his senior career with Manchester United two years later, limited appearances persuaded him to depart to join Italian side Juventus on a free transfer in 2012. Pogba’s performances at Juventus allowed him to return to Manchester United in 2016 for a then-world record transfer fee of €105 million (£89.3 million). The fee paid for him remains the highest paid by an English club. May his quotes inspire you to work hard so that you may live your dreams.

1. “It’s a big challenge too, just to come back to where I came from, where I grew up, where I started. I just didn’t finish what I started here so I think I came here to finish it.” Paul Pogba

3. “I have to keep working hard and playing well because I don’t like to be second or third: they’re the worst places to be. You would be proud, of course, because it means you’re on the way, but you want to finish first.” Paul Pogba

4. “Because I’m fairly big, I like to use my body. So I’ll control the ball, even when there’s a player on me, and then I’ll pass.” Paul Pogba

6. “I want to win titles, I want to achieve things and that’s all – that’s why I came here, just to do this, to become one of the best and to win titles because I know this club has to win titles.” Paul Pogba

7. “I’m someone who says what he thinks.” Paul Pogba

8. “The real Pogba is the one you see every time. You know, when I’m on the pitch, I cannot act. I’m not an actor. So when I’m in the pitch, I like to joke and laugh, and outside the pitch, I’m the same. For me, I’m normal. I come and play football.” Paul Pogba

9. “My family always helped me. I had people around me who always pushed me to be the best: my dad, my mum. My dad used to play and coach as well. But I wasn’t born with shiny things.” Paul Pogba

10. “I always dream about winning the Ballon d’Or.” Paul Pogba

12. “I spoke with a lot of players (who played under Mourinho) when he was at Real Madrid, I spoke with him a few times and he gave me energy, he gave me positivity. So I was thinking why not? I’m sure he can make me improve and make me a better player and a better person.” Paul Pogba

13. “I grew up in a flat with my brothers and my cousins. My brothers were in the same bed.” Paul Pogba

14. “I’m not trying to say that I’m the strongest, only that I want to be. I may not be among the most beloved players, but that’s not my target. I’m working to be the best.” Paul Pogba

15. “I wasn’t really interested in girls. Only football. I was just enjoying football all the time. There was a five-a-side next to the flat, and I used to play there all the time. It was all about football. I wanted to be a professional. That was my goal. I didn’t want to be anything other than a footballer.” Paul Pogba

16. “I want to win this World Cup and to do that you have to make sacrifices. Defending isn’t my strong point, I’m not Kante, but I’ll happily do it. I have grown up and matured.” Paul Pogba

18. “My career is not finished, I cannot say that now. There is work to be done. I hope to progress and get better, win a maximum number of titles. Right now, I am not where I want to be.” Paul Pogba

20. “I want to become a legend, like Pele or Maradona. Or more than them.” Paul Pogba