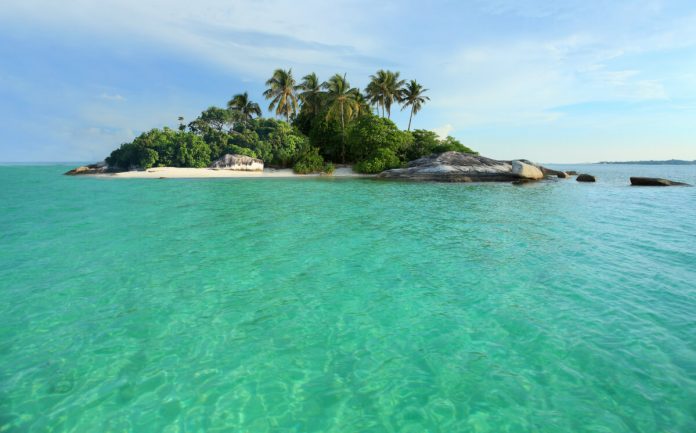 Lakeith Stanfield is an American actor and rapper. Stanfield made his feature film debut in the 2013 independent drama Short Term 12, for which he was nominated for an Independent Spirit Award. He received further recognition for his appearances in numerous biographical films, including as civil rights activist Jimmie Lee Jackson in Selma, Snoop Dogg in Straight Outta Compton, and Patrick Haynes in Snowden. Stanfield also starred in the action horror film The Purge: Anarchy, the comedy-drama film Dope, the horror film Get Out, the fantasy-thriller film Death Note, the thriller The Girl in the Spider’s Web and the science fiction comedy film Sorry to Bother You. Since 2016, he has starred as Darius Epps in the FX comedy-drama series Atlanta. May these Lakeith Stanfield Quotes On Success inspire you to take action so that you may live your dreams.

1. “I’ve always been super expressive, and I’ve always liked to express myself anyway I can.” Lakeith Stanfield

2. “I wanted to be as genuine as possible because all those people like Jimmie Lee Jackson – me, Mike Brown, all these people – we’re all the same; we’re not much different.” Lakeith Stanfield

3. “Have you ever heard of ‘Guess Who’s Coming to Dinner?’ I would like to play Sidney Poitier’s role – I love that role.” Lakeith Stanfield

4. “We used to do sock puppet shows for my auntie back in the day. Me and my friends would do accents of Englishmen, and we would sip tea and act like we were rich in front of the family, and they thought it was just hilarious, the level of perception that we had about things that we’d never experienced.” Lakeith Stanfield

5. “I’m influenced a lot by my family. I have a big family.” Lakeith Stanfield

6. “I think prejudice has gotten to a point where a lot of people hold biases in their mind and don’t even realize that they’re doing it because it’s deeply ingrained in the fabric of what it means to be an American.” Lakeith Stanfield

7. “Although rap is about boasting, it’s also about honesty and expressing your emotions.” Lakeith Stanfield

8. “The prison industrial system, things like that are cleverly put in place to attempt to marginalize a certain group of people – and it’s not only black, it’s replete across the American society.” Lakeith Stanfield

9. “I feel like with every performance that I see, I get better because I’ve always thought – while I’m watching people perform – of what I would do.” Lakeith Stanfield

10. “That was like my safe place with great teachers where everyone could let down their guard and not feel judged. As soon as we walk outside, it was like, ‘Look at these weird drama club kids.’ But we all had our own agreement that we were cool in our own way.” Lakeith Stanfield

11. “Music is something I do full-time in real life. I was doing music long before I was even thinking about acting.” Lakeith Stanfield

12. “When you’re talking about an authority figure oppressing against people, it’s the people that hold that authority figure up. If you want to get free of this bondage, then we need to think about ways to free ourselves rather than looking to the oppressors to free us.” Lakeith Stanfield

13. “You can be the most intelligent person, and you can have so much potential, but if you don’t have a guide by which to channel that energy, then a lot of times, it’s futile.” Lakeith Stanfield

14. “When I was little, when I was a toddler or something, I would watch ‘Jason’s Lyrica’ lot.” Lakeith Stanfield

15. “It’s been constant grinding and trying to secure work that I care about, tireless auditions and meetings. I’ve been fortunate that a lot of cool doors have opened to me, chiefly meeting great people who were inspired by what I’ve done and what they feel I could bring to their projects.” Lakeith Stanfield

16. “For me, life is like an act within itself. Everything I do is an act. Where I’m going is an act.” Lakeith Stanfield

17. “I’ve been fortunate to get involved with ‘Short Term 12.’ I was just a young teenager on the Internet, clicking on anything that had the word ‘actor’ in it. One day, someone called me in for a movie audition.” Lakeith Stanfield

18. “I really like watching myself a lot because it gives me an opportunity to see it from outside the flesh, and when I view it like that, I can be a lot more cynical and see the things that need to be attacked.” Lakeith Stanfield

20. “Victorville gave me opportunity to go inside and explore my imagination a bit.” Lakeith Stanfield

21. “They say every five years the atoms in your body become a new set of atoms.” Lakeith Stanfield

23. “My focus is anything that allows me to express myself. Rap, dance, photography. Those are my forms of expression.” Lakeith Stanfield

24. “I’m a little baby in a barrel just taking everything in. I’m just so fortunate to do whatever I’m doing.” Lakeith Stanfield

25. “I want to be in some Willy Wonka-type weird stuff, a role where I’m an alien. Anything that’s new and challenging and real. I like real stuff.” Lakeith Stanfield

26. “I grew up very poor in a fractured family that was dysfunctional on both sides, but I sort of put up these reflectors to most of the negative things that have occurred in my life. I don’t carry around much baggage.” Lakeith Stanfield

27. “I was kind of a weird kid in high school. I didn’t have many friends in my age group because all they wanted to do was fight and have riots.” Lakeith Stanfield

28. “Some people look like they’re lost causes, but they’re not. Even if they’re in a messed up situation, the one little thing you do to help can go a long way.” Lakeith Stanfield

29. “Just listening and going back and forth and exchanging ideas with people. It’s a beautiful thing. This is what’s really important.” Lakeith Stanfield

30. “My biggest strength is I’m courageous, or if I am afraid of something, I do it anyway. I do what I feel. It’s nothing personal against anyone, so that courageousness has been very good to me.” Lakeith Stanfield

I hope you enjoyed these Lakeith Stanfield Quotes On Success. Do let us know which one was your favorite in the comments section below.

Check Out How Lakeith Stanfield Used Google To Break Into Hollywood: