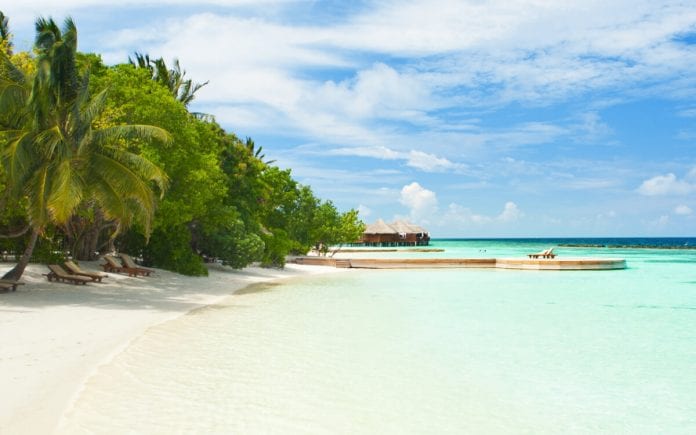 Genuine is defined as something that is true or authentic. It is used to describe people and things that are exactly what they appear to be, and are not false or an imitation. When you’re talking about people, being genuine has to do with being sincere. May these Genuine Quotes On Success inspire you to take action so that you may live your dreams.

1. “The true secret of happiness lies in taking a genuine interest in all the details of daily life.” William Morris

2. “You need to believe in yourself and what you do. Be tenacious and genuine.” Christian Louboutin

3. “The belief that all genuine education comes about through experience does not mean that all experiences are genuinely or equally educative.” John Dewey

4. “The only kind of dignity which is genuine is that which is not diminished by the indifference of others.” Dag Hammarskjold

5. “Stay positive and happy. Work hard and don’t give up hope. Be open to criticism and keep learning. Surround yourself with happy, warm and genuine people.” Tena Desae

6. “What everyone wants from life is continuous and genuine happiness.” Baruch Spinoza

7. “Genuine happiness comes from within, and often it comes in spontaneous feelings of joy.” Andrew Weil

9. “To diminish the cases in which the assistance of others is felt absolutely necessary is the only genuine road to independence.” William Godwin

10. “Be still when you have nothing to say; when genuine passion moves you, say what you’ve got to say, and say it hot.” D. H. Lawrence

12. “Learn to be quiet enough to hear the genuine within yourself so that you can hear it in others.” Marian Wright Edelman

14. “Happy is he who has laid up in his youth, and held fast in all fortune, a genuine and passionate love of reading.”Rufus Choate

15. “Genuine poetry can communicate before it is understood.” T. S. Eliot

16. “All emotion is involuntary when genuine.” Mark Twain

17. “If human beings had genuine courage, they’d wear their costumes every day of the year, not just on Halloween.” Douglas Coupland

18. “Genuine happiness can only be achieved when we transform our way of life from the unthinking pursuit of pleasure to one committed to enriching our inner lives, when we focus on ‘being more’ rather than simply having more.”Daisaku Ikeda

19. “There is something in every one of you that waits and listens for the sound of the genuine in yourself. It is the only true guide you will ever have. And if you cannot hear it, you will all of your life spend your days on the ends of strings that somebody else pulls.” Howard Thurman

20. “To desire and expect nothing for oneself and to have profound sympathy for others is genuine holiness.” Ivan Turgenev

21. “Be genuine. Be remarkable. Be worth connecting with.” Seth Godin

22. “Imagination is a very potent thing, and in the uneducated often usurps the place of genuine experience.” H. P. Lovecraft

23. “I am not interested in anything that doesn’t have a genuine heart to it. You’ve got to have soul in the hole. If that isn’t there, I don’t see the point.” Nick Cave

24. “I’m at my best when I’m being genuine and sincere, and reading my material straight up to an audience that wants to listen.” James Bernard Frost

26. “I think when you’re telling a story from inside of you that’s genuine, people connect with it.” G-Eazy

27. “When leaders throughout an organization take an active, genuine interest in the people they manage, when they invest real time to understand employees at a fundamental level, they create a climate for greater morale, loyalty, and, yes, growth.” Patrick Lencioni

29. “We must realise that man’s nature will remain the same so long as he remains man; that civilisation is but a slight coverlet beneath which the dominant beast sleeps lightly and ever ready to awake. To preserve civilisation, we must deal scientifically with the brute element, using only genuine biological principles.” H. P. Lovecraft

30. “The more one does and sees and feels, the more one is able to do, and the more genuine may be one’s appreciation of fundamental things like home, and love, and understanding companionship.” Amelia Earhart

31. “Conflict is easy because we’ve all had conflict, but to really bond with someone and to have a genuine connection, it needs to come from a place by knowing them.” Melonie Diaz

32. “Be authentic, true to yourself, genuine. Question what you really love along the way. There are so many voices out there. And you can lose yourself.” Dion DiMucci

33. “My guiding principles in life are to be honest, genuine, thoughtful and caring.” Prince William

34. “It’s never too late in life to have a genuine adventure.” Robert Kurson

35. “A genuine leader is not a searcher for consensus but a molder of consensus.” Martin Luther King, Jr.

I hope you enjoyed these Genuine Quotes On Success. Do let us know which one was your favorite in the comments section below.

Check Out Be Authentic From Evan Carmichael: