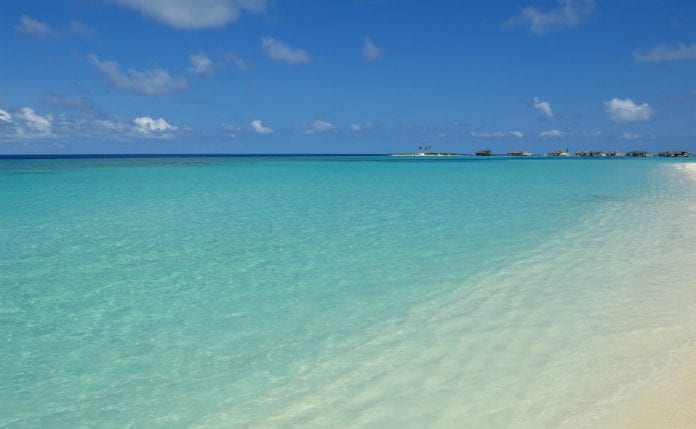 Abhishek Bachchan is an Indian film actor and film producer known for his work in Bollywood. Bachchan made his acting debut in 2000 with J. P. Dutta’s war film Refugee, and followed it by starring in over a dozen films which were both critical and commercial failures. His first commercial success came with the 2004 action film Dhoom, which changed his career prospects. Bachchan went on to earn critical appreciation for his performances in the dramas Yuva, Sarkar, and Kabhi Alvida Naa Kehna, which won him three consecutive Filmfare Award for Best Supporting Actor. Bachchan has won a National Film Award for Best Feature Film in Hindi for producing the comedy-drama Paa. Since 2007, he has been married to actress Aishwarya Rai, with whom he has a daughter. May his quotes inspire you to take action so that you may live your dreams.

1. “Whatever you do, do it from the heart.” Abhishek Bachchan

2. “I am not one of those people who will ever be comfortable mocking or making caricatures of the stereotypes attached to any community.” Abhishek Bachchan

3. “It’s good to have creative differences, sit and discuss them in the open and resolve them then and there.” Abhishek Bachchan

4. “Every film for every actor is a make-or-break film. I believe every film has the power to break you or make you. So, an actor will treat every film like his last film. That’s the way we need to work, and that’s the way you can drum up that passion needed to do good work.” Abhishek Bachchan

5. “It is part of my duty as an actor to express an opinion. It’s all part of the creative process and very normal.” Abhishek Bachchan

6. “If I have a difference of opinion, I will discuss it with the team. If I don’t tell the team I won’t be fair to the team.” Abhishek Bachchan

7. “Be matured but not to a such extent that ruins your smile and innocence.” Abhishek Bachchan

8. “I’m an actor, paid to act. I don’t bring personal problems to the sets. Dad taught me that.” Abhishek Bachchan

9. “Every actor has his own identity. I don’t aspire to be Bond. My quest is to do something new, something different.” Abhishek Bachchan

10. “I have no ego to do it in my way. I could be wrong but if I feel strongly then I need my director to convince me.” Abhishek Bachchan

11. “The best gift for an actor is the love of the fans. Many make sweet cards, write letters and even come and meet me wherever I am in India. The love and blessings of your elders is also always cherished, but the extra mile that the fans go to is memorable.” Abhishek Bachchan

12. “The only fear I have is that I will wake up one day and nobody will allow me to do films. This is a fear every actor has.” Abhishek Bachchan

13. “I have no hang-ups in life. I don’t care about groups and camps. I have been brought up with certain values and ethics. I have never been egoistic about my stardom and lineage. I don’t have any qualms about breaking the ice with my colleagues. I can walk up to any actor and greet him, irrespective of what kind of equation I share with him.” Abhishek Bachchan

14. “Just because I don’t show six-pack abs doesn’t mean that I don’t have them.” Abhishek Bachchan

15. “I don’t think your personal life has anything to do with your professional life. They are separate things. Whatever is happening at home shouldn’t be carried to work. Everyone has his/her own journey. Some revel in the fact that they derive that from personal contentment, and others draw it from extreme sorrow.” Abhishek Bachchan

16. “All that I have gone through in life till now — the pain, the struggle and the happiness was necessary for me to now move forward positively. One must experience all the high and lows, happiness and sadness to grow in life or it would be terribly boring. You have to have a bit of everything — that’s what makes life so exciting!” Abhishek Bachchan

17. “I do films that I like. I have done comedy, romance, everything, and I always like to do it differently from the previous ones.” Abhishek Bachchan

18. “I am a sports enthusiast, and if given an opportunity, I want to be a sportsman, even today. I want to promote the sport that is indigenous to India. Kabaddi is a matter of national pride. Why can’t cricket, hockey, football and kabaddi be given equal platforms and co-exist? I believe that can happen.” Abhishek Bachchan

19. “My daughter is not an object to flash around or a prized item to put on display.” Abhishek Bachchan

20. “There are no free lunches in life. You have to earn it. I am paying my dues. People have accused me of having it easy because I am Amitabh Bachchan’s son. Yes, I am his son, and I’ve never run away from it. I work hard to make him proud.” Abhishek Bachchan

21. “There is one common thing in superstars – enthusiasm and humility towards their work. Offset, they are big stars for others, and they carry themselves the way they want to. When they are working, they are not stars.” Abhishek Bachchan

22. “I feel that one of the hardest things in acting is the way you need to switch your emotions.” Abhishek Bachchan

23. “I think it’s important for an actor to see the work they’ve done because every time you revisit a work you come up with a new way of improving it. It’s a good way to brush up your craft and your skills, so I think it’s a good thing to do, keep seeing your films.” Abhishek Bachchan

25. “Age is just a state of mind, and you are as old as you think you are.” Abhishek Bachchan

26. “I’ve always basically done everything that’s been offered to me. I’m one of the few actors who enjoy working a lot.” Abhishek Bachchan

27. “You have to count your blessings and be happy.” Abhishek Bachchan

28. “The main objective of our cinema is to entertain. If you can pass on a message at the same time, that is fantastic, but if the audience does not feel they are going to be entertained by the film, they are not going to watch it. There are many examples of very responsible and great films that are being made, but nobody goes to watch them.” Abhishek Bachchan

30. “Critics have a job to do. They do not criticise you without reason.” Abhishek Bachchan

31. “If people are looking forward to my films, then I am happy, and I must be doing something right.” Abhishek Bachchan

32. “If a man tries to restrain his wife, then there must be two reasons for it. Firstly, he’s insecure. Secondly, he doesn’t trust her. I am neither.” Abhishek Bachchan

33. “Honestly speaking, I don’t like my films. When I watch them, I see a lot of scope for improvement, so if I were to see any of my films, like ‘Dhoom,’ I might say ‘It would have been better if’ or ‘had it been’ and this is all about evolving.” Abhishek Bachchan

34. “The joy and happiness it gives you or the emotions you go through when you hold your child in your arms for the first time are indescribable.” Abhishek Bachchan

35. “I don’t wish for things. I make them happen.” Abhishek Bachchan