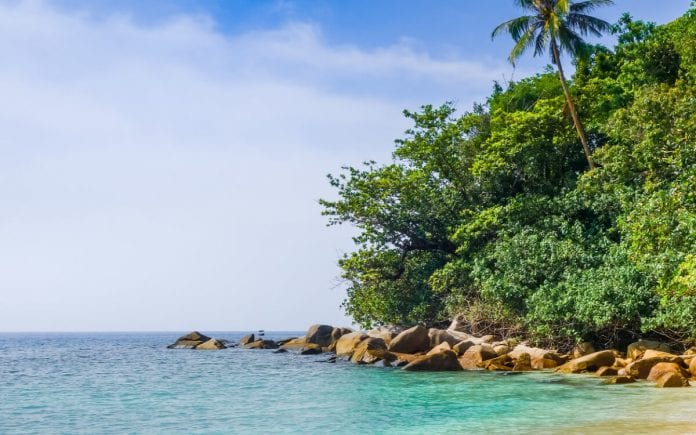 Alesha Anjanette Dixon is an English singer, rapper, songwriter, dancer, author, model and television personality. Dixon rose to fame in 2001 as a member of the all-female R&B/garage/rap trio Mis-Teeq. The group disbanded in 2005 and Dixon pursued a music career as a solo artist, signing a recording contract to Polydor Records. She began recording her debut solo studio album, Fired Up, in 2005, releasing her debut single “Lipstick”, followed by “Knockdown”, after which she was dropped from Polydor In 2007, Dixon won Strictly Come Dancing. Her television exposure led to a successful comeback, which included her signing to Asylum Records, an offshoot of Warner Music Group. Dixon then released a second album, entitled The Alesha Show, in 2008, which received platinum certification from BPI in the UK and spawned four singles including “The Boy Does Nothing” and “Breathe Slow”, the latter of which became her highest charting single and earned her a Brit Award nomination. May these Alesha Dixon Quotes On Success inspire you to take action so that you may live your dreams.

1. “When you are knocked down you have two choices – stay down, or get back up, stronger.” Alesha Dixon

2. “I knew I always wanted to be my own boss. My mum would say I’ve been my own boss since primary school. It was probably always my destiny.” Alesha Dixon

3. “It’s rare to see a person of colour in a lead role. It does matter to a lot of people.” Alesha Dixon

4. “If you have a positive frame of mind, you can manifest positive things in your life.” Alesha Dixon

5. “I am constantly thinking of different ideas and formats for TV shows. I am in a place where anything is possible if you want to do it.” Alesha Dixon

6. “It’s important to look at what you do have, not what you don’t. I’m one of those people who wants a good life, so I do my best to snap out of it.” Alesha Dixon

7. “Sometimes in life, when bad things happen to us, or things aren’t going our way, or we’re faced with a challenge or a problem, it’s how you look at the problem; it’s how you do it to change your mindset, to dilute the negativity.” Alesha Dixon

8. “I grew up in Welwyn Garden City, and when you’re a woman of colour in a predominantly white area, you become aware of prejudice from a young age.” Alesha Dixon

9. “Every young person needs to have a character that they can identify with and feel included by.” Alesha Dixon

10. “I prefer to focus on who I am as a person and what I stand for. We all want to look good, but I find it more rewarding to work on feeling good and going a bit deeper beneath the surface.” Alesha Dixon

11. “I think all human beings can surprise themselves when they are in situations where they are tested. That’s when you see your true character coming out, and I was definitely tested.” Alesha Dixon

12. “You can’t always trust people with your heart, but you should still love anyway. That’s what I would say.” Alesha Dixon

13. “I’d be lying if I did not say that being a woman of colour is something I am always mindful or aware of.” Alesha Dixon

14. “I’m happy to be human, and being human means we aren’t perfect.” Alesha Dixon

15. “Not strict, no – but I’ve always been very conscious about just being healthy and taking care of myself.” Alesha Dixon

16. “I’ve always been taught that life is a series of chapters, and it’s all about moving forward and not carrying around baggage.” Alesha Dixon

17. “I exercise to stay strong, healthy, and stage-ready. I never prepare for a red carpet – I just go with the flow.” Alesha Dixon

18. “I’m not doing a 9 to 5 job, so every week is different; one week I might be at home for three or four days, and another week it’ll be busier. That’s the beauty of my job.” Alesha Dixon

19. “I was the only mixed-race girl in my school, but for me, that was a positive thing; it made me unique. If it wasn’t for spending time with the black side of my family, perhaps I may have felt like an outcast, but I never did.” Alesha Dixon

20. “I think that when you’re young, you carry the weight of the world on your shoulders. You’re anxious; the world seems like a scary place. You don’t know where you’re going to fit in, what you’re gonna do with your life – but actually, life has a way of sorting itself out, and universal law takes over.” Alesha Dixon

21. “Growing up, I used to think I’d never get on a plane – I was terrified. But when I joined Mis-Teeq, being on a plane was my job. I used to scream on flights. Full-on screams.” Alesha Dixon

22. “I’ve always had a passion for dancing, and I wasn’t lucky enough to go to stage school, so when I got onto the show, I was like a kid in a sweet shop. I went into it just to have fun. The support was overwhelming, to say the least. It wasn’t until the end of the show that I realised how much I really wanted to win it.” Alesha Dixon

23. “I’m not one of those regimental people who never eats certain things – that’s not life. You’ve got to live; you’ve got to eat what you want and treat yourself.” Alesha Dixon

24. “I don’t worry about the future because that will take care of itself. I don’t carry around past baggage because what’s that going to do for me? We only have now.” Alesha Dixon

25. “I have different methods. Sometimes I just like to immerse myself in music; that’s a really good way to switch off from the world. I also like to listen to Eckhart Tolle, a very wise, very spiritual man, who teaches us how to live in the present.” Alesha Dixon

26. “Once you’ve been through tough times, you can only become stronger.” Alesha Dixon

27. “What I’ve learnt is to be in the now. It’s something my mum has always said to me, and when I read a book called ‘The Power of Now’ by Eckhart Tolle, I realised just how important it is.” Alesha Dixon

28. “One day, I would like to have my own chat show. Oprah is my idol because she uses her platform so responsibly.” Alesha Dixon

29. “I used to be really afraid and anxious of taking on too much, and the older I’m getting, the more fearless I’m becoming. Life is so much more relaxed when you’re like that.” Alesha Dixon

30. “My friends say that at school I was quite bossy. I still am a bit bossy, but a nice bossy. I’ve always been very strong-minded, even as a little girl. But I’m a great friend, and I’ve never been in a fight in my life. I think it’s nice to be nice, especially because I’ve never been scared to stick up for myself. I’m not a shrinking violet.” Alesha Dixon

31. “Going out to eat is one of the most enjoyable things about going away, and I do like to try the local delicacies. I’m very open-minded with food, and I think, when you go abroad, that’s the time to experiment and try something new.” Alesha Dixon

32. “Success now is waking up in the morning and being comfortable in my own skin. You can go to a job that pays well, but if you’re not happy in yourself or if you’re not grateful for what you have, it means nothing.” Alesha Dixon

33. “I create mood boards, and then we source fabrics and design the dresses. We are trend-led but also do our own thing! I want women to feel fabulous in our creations.” Alesha Dixon

34. “I have definitely had times in my career where I have wondered whether I have had to work a bit harder, prove myself more, but I would never want to be in a position where I am saying, ‘Oh, I did not get that job because of my race.'” Alesha Dixon

35. “Life’s too short to dwell on things. When you go through experiences that are bad, it’s a good thing. You learn from it – become a stronger person. Life is a roller coaster, and you don’t know what’s going to be thrown at you next, so all you can do is give it your best shot.” Alesha Dixon

I hope you enjoyed these Alesha Dixon Quotes On Success. Do let us know which one was your favorite in the comments section below.