Angela Anaïs Nin was a French-Cuban American diarist, essayist, novelist, and writer of short stories and erotica. Born to Cuban parents in France, Nin was the daughter of composer Joaquín Nin and Rosa Culmell, a classically trained singer. Nin spent her early years in Spain and Cuba, about sixteen years in Paris (1924–1940), and the remaining half of her life in the United States, where she became an established author. May these Anais Nin Quotes On Success inspire you to take action so that you may live your dreams.

1. “Each contact with a human being is so rare, so precious, one should preserve it.” Anais Nin

2. “Life is truly known only to those who suffer, lose, endure adversity and stumble from defeat to defeat.” Anais Nin

3. “The personal life deeply lived always expands into truths beyond itself.” Anais Nin

5. “We travel, some of us forever, to seek other states, other lives, other souls.” Anais Nin

6. “I postpone death by living, by suffering, by error, by risking, by giving, by losing.” Anais Nin

7. “The possession of knowledge does not kill the sense of wonder and mystery. There is always more mystery.” Anais Nin

8. “The role of a writer is not to say what we all can say, but what we are unable to say.” Anais Nin

9. “I must be a mermaid, Rango. I have no fear of depths and a great fear of shallow living.” Anais Nin

10. “Age does not protect you from love. But love, to some extent, protects you from age.” Anais Nin

11. “Throw your dreams into space like a kite, and you do not know what it will bring back, a new life, a new friend, a new love, a new country.” Anais Nin

13. “It is the function of art to renew our perception. What we are familiar with we cease to see. The writer shakes up the familiar scene, and, as if by magic, we see a new meaning in it.” Anais Nin

15. “Anxiety is love’s greatest killer. It makes others feel as you might when a drowning man holds on to you. You want to save him, but you know he will strangle you with his panic.” Anais Nin

17. “There are many ways to be free. One of them is to transcend reality by imagination, as I try to do.” Anais Nin

18. “Each friend represents a world in us, a world not born until they arrive, and it is only by this meeting that a new world is born.” Anais Nin

19. “A leaf fluttered in through the window this morning, as if supported by the rays of the sun, a bird settled on the fire escape, joy in the task of coffee, joy accompanied me as I walked.” Anais Nin

21. “We write to taste life twice: in the moment and in retrospection.” Anais Nin

22. “What I cannot love, I overlook. Is that real friendship?” Anais Nin

23. “There are very few human beings who receive the truth, complete and staggering, by instant illumination. Most of them acquire it fragment by fragment, on a small scale, by successive developments, cellularly, like a laborious mosaic.” Anais Nin

24. “How wrong it is for a woman to expect the man to build the world she wants, rather than to create it herself.” Anais Nin

25. “Love never dies a natural death. It dies because we don’t know how to replenish its source. It dies of blindness and errors and betrayals. It dies of illness and wounds; it dies of weariness, of witherings, of tarnishings.” Anais Nin

26. “My ideas usually come not at my desk writing but in the midst of living.” Anais Nin

27. “People living deeply have no fear of death.” Anais Nin

28. “Living never wore one out so much as the effort not to live.” Anais Nin

29. “Dreams pass into the reality of action. From the actions stems the dream again; and this interdependence produces the highest form of living.” Anais Nin

30. “Truth is something which can’t be told in a few words. Those who simplify the universe only reduce the expansion of its meaning.” Anais Nin

32. “Do not seek the because – in love there is no because, no reason, no explanation, no solutions.” Anais Nin

33. “Our life is composed greatly from dreams, from the unconscious, and they must be brought into connection with action. They must be woven together.” Anais Nin

34. “Life is a process of becoming, a combination of states we have to go through. Where people fail is that they wish to elect a state and remain in it. This is a kind of death.” Anais Nin

35. “The dream was always running ahead of me. To catch up, to live for a moment in unison with it, that was the miracle.” Anais Nin

I hope you enjoyed these Anais Nin Quotes On Success. Do let us know which one was your favorite in the comments section below. 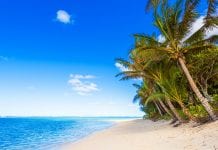 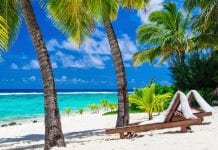