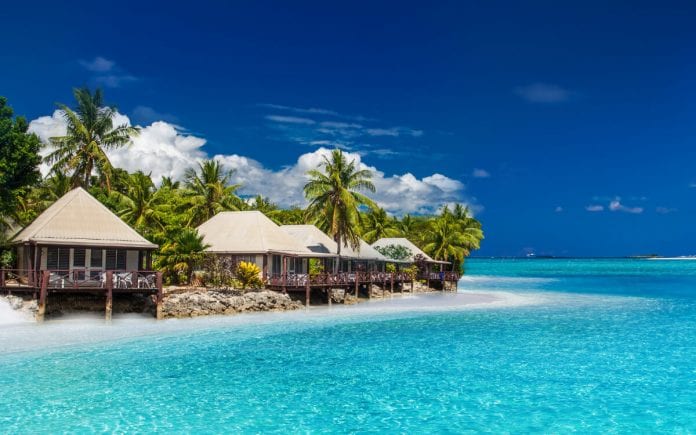 David Blaine is an American illusionist, endurance artist, and extreme performer. He is best known for his high-profile feats of endurance and has set and broken several world records. Blaine innovated the way magic is shown on television by focusing on spectator reactions. His idea was to turn the camera around on the people watching instead of the performer, to make the audience watch the audience. May these David Blaine Quotes On Success inspire you to take action so that you may live your dreams.

1. “People haven’t even begun to tap into the potential of what the mind is possible of doing. We only use a certain percentage of our brains.” David Blaine

2. “I think pain is easiest to avoid by filling the days with distractions – I wish to remove everything to search for a truth.” David Blaine

3. “My only fear is the unknown.” David Blaine

4. “Basically, I was a kid growing up with a single mother in Brooklyn.” David Blaine

5. “As a magician, I think everything is possible. And I think if something is done by one person it can be done by others.” David Blaine

6. “I thought instead of burying myself under dirt, I’d bury myself under water so everybody could see that you’re there.” David Blaine

7. “I believe that fear of life brings a greater fear of death.” David Blaine

8. “I’d go to Coney Island to hang out, and I saw a magician doing a rope trick on the boardwalk. I was fascinated. I guess that’s how it started.” David Blaine

9. “As children we believe that anything is possible, the trick is to never forget it.” David Blaine

10. “We are all capable of infinitely more than we believe.” David Blaine

11. “When I was about 19, I shot a tape of me doing magic just to people on the streets, and I would edit together all the reactions and I kept pushing this idea, and then ABC came on board and made my first show.” David Blaine

12. “I think everything I do is normal, not paranormal but normal. It’s using the power of the mind to achieve whatever we can endure.” David Blaine

13. “I think that when Evel Knievel crashed over the fountain at Caesars, it kind of gave you credibility and then anticipation for everything he did.” David Blaine

14. “I remember my mother had this deck of cards that her mother had given her and that she passed on to me. It was a gypsy tarot deck that I used to carry everywhere.” David Blaine

15. “In truth, the only restrictions on our capacity to astonish ourselves and each other are imposed by our own minds.” David Blaine

16. “I’ve always liked artists like Chris Burden, who would take performances, put them in galleries, and then do things that were on the edge.” David Blaine

17. “I remember finding a Houdini book at the library and seeing an image of him chained on the side of a building. He looked so intense and scary, and I couldn’t get that image out of my head. That started building up my love of magic.” David Blaine

18. “I do a lot of research on what people have done in the past.” David Blaine

19. “It was just like a digital fixation with cards and math and science and then I started to look at images of great magicians from Houdini down the line.” David Blaine

20. “As a kid, I used to hold my breath longer than anybody else, and then I heard stories about people accidentally underwater for 45 minutes – how do you recover from that? It’s not a miracle. Something allows us to survive.” David Blaine

21. “I consider myself a showman, and I love magic, and I love art, and I love performance, and they’re all separate.” David Blaine

22. “My mother was a teacher, and when she wanted to show me art and literature and science, she’d take me to museums, parks and free exhibitions.” David Blaine

23. “I have not had time to reflect on my own truths in many years.” David Blaine

24. “Michael Jackson did something that no one else in history has managed – he connected with people on every level imaginable, all over the world. He seemed to speak to people at their very core and achieved the impossible. He reached people on a deep emotional level. And that is what any great artist or showman dreams of doing. That is why Michael Jackson was so special to me.” David Blaine

25. “I think anybody can do any of these if they train. I don’t recommend it, but anybody could do it if there was a need.” David Blaine

26. “I think anybody can do any of these if they train. I don’t recommend it, but anybody could do it if there was a need.” David Blaine

28. “Magic is not about having a puzzle to solve. It’s about creating a moment of awe and astonishment. And that can be a beautiful thing.” David Blaine

29. “Maintaining proper breathing is one way I can pull off my next performance. I’ve been developing this technique for years and taught friends.” David Blaine

30. “I just believe that the feeling of wonder is amazing. I am pushing myself as far as I can humanly push myself. I can only hope for the best and expect the worse.” David Blaine

31. “I don’t think you can say something is or isn’t magic. That’s what was cool about Houdini, because he was a magician who had a magic show, but he was also an escape artist, and they kind of, over time, blended together. They both kind of enhance each other, I think.” David Blaine

32. “I hope people remember me as a guy who brought magic to the people. You know, pushed the boundaries of wonder.” David Blaine

33. “I was obsessed with the idea of fasting and isolation.” David Blaine

34. “My mother encouraged it so much. She was so supportive. Even if as a kid, I would do the dumbest trick, which now that I look back on some things, she would love it, she would say that’s amazing, or if I’d make the ugliest drawing, she would hang it up. She was amazing.” David Blaine

35. “But as they say about sharks, it’s not the ones you see that you have to worry about, it’s the ones you don’t see.” David Blaine

I hope you enjoyed these David Blaine Quotes On Success. Do let us know which one was your favorite in the comments section below.