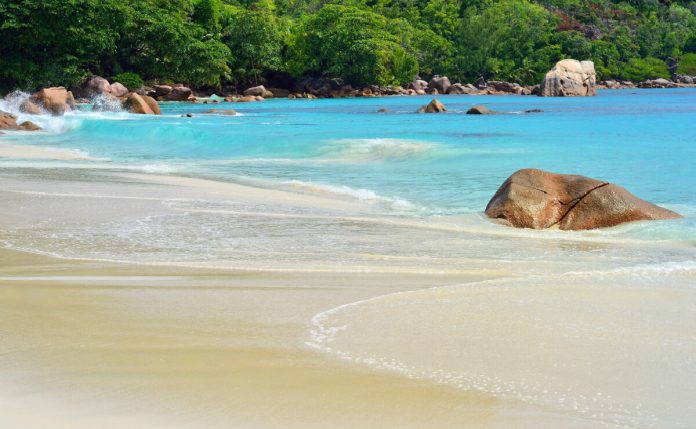 Elliott Hulse is the king of making men strong. He is a strongman, strength coach, husband, father of four and father-figure to millions of men worldwide. He has over 2.6 million YouTube subscribers (Yo Elliott -Strength Camp & Elliott Hulse channel combined), most of them men. Men listen to what he has to say and follow his advice because it works. He teaches men how to be strong. He is an ‘OG’ fitness YouTuber who popularized deadlifting, strongman training, warehouse gyms, bioenergetics, reading books, active meditation, philosophy, hybrid muscles, and ‘becoming the strongest version of yourself’. May these Elliott Hulse Quotes On Success inspire you to take action so that you may live your dreams.

2. “Failure is an experience that lends wisdom, and ultimately makes you stronger.” Elliott Hulse

3. “It’s not about what you get, it is about who you’re becoming.” Elliott Hulse

4. “Do the thing that your heart is asking you to do regardless of the external circumstances.” Elliott Hulse

7. “I believe that there is a strongest version of every human being, it’s my mission to uncover it myself and inspire you to discover yours.” Elliott Hulse

8. “You’ve gotta be quirky and weird. A lot of people don’t realize what it takes to be the best. The best means you’ve given up a lot of normalcy.” Elliott Hulse

9. “Every time I ignored my gut I made the biggest mistakes.” Elliott Hulse

10. “Don’t be afraid to let life wash over you. When you run from pain, you run from an opportunity to grow. Embrace life as being in a constant state of flux, and do not separate yourself from any part of it. You are only robbing yourself.” Elliott Hulse

12. “Don’t hold back on becoming the person you truly want to be. Drop the excuses, leave them at the door and step into your strongest self. There is no reason that you cannot achieve your dreams, except the story you tell yourself that you can’t.” Elliott Hulse

13. “Don’t make excuses. Develop a warrior mindset. Make decisions and stick to them. You can start simply, by focusing on something small, but you must start and you must follow through.” Elliott Hulse

14. “We create the world we live in by the thoughts in our mind. If you think negatively, you will attract negative things, situations, and people. You have the power to choose which thoughts you allow to take up residence for a period of time in your mind. Make them positive ones.” Elliott Hulse

15. “Failure is only failure when you quit. Instead of wallowing in self-pity, allow failure to be the way you test new ground, where you learn what it is that you don’t want. Failure can bring you great clarity if you allow it to.” Elliott Hulse

16. “Focus your energy on one goal, work at it, and you will find great success.” Elliott Hulse

17. “Your best bet in life is to follow your heart.” Elliott Hulse

18. “Exercise, dance, deep breathing and movement not only enliven the body, it energizes and mobilizes the spirit and sharpens the mind. Keep moving!” Elliott Hulse

19. “No pain, no gain. It’s an old saying but there is a lot of truth in it. Instinctively as humans, we try to avoid pain. But if you truly want to be great, if you want to create the life of your dreams, you need to get used to being in pain.” Elliott Hulse

20. “It is very easy to manipulate people when all you give them is information. But when you teach people to start trusting their bodies, they become dangerous. Be dangerous.” Elliott Hulse

21. “Know yourself, accept your limitations, maximize your strengths and inspire others.” Elliott Hulse

23. “Growing stronger is about accumulating wisdom, learning from your mistakes and inspiring others to become the strongest version of themselves.” Elliott Hulse

25. “To grow into a king without the flexibility of the lover, you become a tyrant.” Elliott Hulse

26. “Happiness is not a goal. It is a by-product of a life well lived.” Elliott Hulse

28. “Successful people do what they have to do whether they feel like it or not.” Elliott Hulse

29. “Subjectively. I have never liked anyone telling me what to do. I would rather screw up completely, fall flat on my face and knock out all my teeth making my mistakes, then someone else telling me what to do. The dependency that we as individuals have come to embrace is dysfunctional, and you end up having individuals who are not fulfilling their human potential, and they become a drain on those who actually are.” Elliott Hulse

30. “Stop looking to authorities, universities, religion or governments to tell you who you are, what you’re capable of, or where you belong. You are the king of the kingdom inside.” Elliott Hulse

31. “Don’t be afraid to jump in the deep end of life. Take risks, and be brave. Get excited about doing the things that scare you. We all have the capacity to be courageous. In the end, all you need to do is follow your heart.” Elliott Hulse

32. “Love it for what it is because if you didn’t fail you would never be able to appreciate success.” Elliott Hulse

33. “Failure is a stepping stone to success.” Elliott Hulse

34. “When you discover that all the challenges in your life are just like the plates on the barbell – you not only learn to accept these challenges, but you beg for them.” Elliott Hulse

35. “Do the things you fear the most and fear will move away.” Elliott Hulse

I hope you enjoyed these Elliott Hulse Quotes On Success. Do let us know which one was your favorite in the comments section below.