Frank Sinatra was an American singer, actor, and producer who was one of the most popular and influential musical artists of the 20th century. He developed a passion for singing at an early age and turned professional in his teens. He joined a local singing group before going on to launch his solo career. He is one of the best-selling music artists of all time, having sold more than 150 million records worldwide. Sinatra was also the recipient of eleven Grammy Awards, including the Grammy Trustees Award, Grammy Legend Award, and the Grammy Lifetime Achievement Award. He was collectively included in Time magazine’s compilation of the 20th century’s 100 most influential people. May these Frank Sinatra Quotes On Success inspire you to take action so that you may live your dreams.

1. “I believe in you and me. I’m like Albert Schweitzer and Bertrand Russell and Albert Einstein in that I have a respect for life – in any form. I believe in nature, in the birds, the sea, the sky, in everything I can see or that there is real evidence for.” Francis Sinatra

2. “People who make a living off other people’s fortunes or misfortunes are parasites.” Frank Sinatra

3. “There are moments when it’s too quiet. Particularly late at night or early in the mornings. That’s when you know there’s something lacking in your life. You just know.” Frank Sinatra

5. “If you don’t know the guy on the other side of the world, love him anyway because he’s just like you. He has the same dreams, the same hopes and fears. It’s one world, pal. We’re all neighbors.” Frank Sinatra

7. “You’ve got to be on the ball from the minute you step out into that spotlight. You gotta know exactly what you’re doing every second on that stage, otherwise, the act goes right into the bathroom. It’s all over. Good night.” Francis Sinatra

8. “For what is a man, what has he got. If not himself, then he has naught.” Francis Sinatra

9. “I would like to be remembered as a man who had a wonderful time living life, a man who had good friends, fine family – and I don’t think I could ask for anything more than that, actually.” Francis Sinatra

10. “Card players have a saying: It’s all right to play if you keep your eyes on the deck – which is another way of saving, eternal vigilance is the price of liberty.” Francis Sinatra

11. “Take a deep breath, pick yourself up, dust yourself off, and start all over again.” Francis Sinatra

12. “What formula? I never had one, so I couldn’t say what the main ingredient is. I think everybody who’s successful in this business has one common ingredient – the talent God gave us. The rest depends upon how it’s used.” Francis Sinatra

13. “I’m for whatever gets you through the night.” Francis Sinatra

15. “A man doesn’t know what happiness is until he’s married. By then it’s too late.” Francis Sinatra

16. “Regrets, I’ve had a few; But then again, too few to mention.” Francis Sinatra

17. “If you possess something but you can’t give it away, then you don’t possess it, it possesses you.” Francis Sinatra

18. “Love is when you want to sing every day and night. Without fee and a manager.” Francis Sinatra

19. “People often remark that I’m pretty lucky. Luck is only important in so far as getting the chance to sell yourself at the right moment. After that, you’ve got to have talent and know how to use it.” Francis Sinatra

20. “A friend to me has no race, no class and belongs to no minority. My friendships were formed out of affection, mutual respect and a feeling of having something strong in common. These are eternal values that cannot be racially classified. This is the way I look at race.“ Francis Sinatra

21. “If power doesn’t mean that you have the opportunity to work with the people that you love, then you haven’t really got any.” Francis Sinatra

23. “Whatever else has been said about me personally is unimportant. When I sing, I believe. I’m honest.” Francis Sinatra

24. “Throughout my career, if I have done anything, I have paid attention to every note and every word I sing – if I respect the song. If I cannot project this to a listener, I fail.” Francis Sinatra

25. “You buy a Ferrari when you want to be somebody. You buy a Lamborghini when you are somebody.” Francis Sinatra

26. “I faced it all and I stood tall and did it my way.” Francis Sinatra

27. “I think my greatest ambition in life is to pass on to others what I know.” Francis Sinatra

28. “Fear is the enemy of logic.” Francis Sinatra

29. “The best is yet to come and won’t that be fine.” Francis Sinatra

30. “Don’t respond to negativity with more negativity. Just put your head down and prove your critics wrong.” Francis Sinatra

31. “Fly me to the moon, let me play among the stars.” Francis Sinatra

32. “Stay alive, stay active, and get as much practice as you can.” Francis Sinatra

33. “The big lesson in life, baby, is never be scared of anyone or anything.” Francis Sinatra

34. “Don’t hide your scars. They make you who you are.” Francis Sinatra

35. “You only go around once, but if you play your cards right, once is enough.“ Francis Sinatra

I hope you enjoyed these Frank Sinatra Quotes On Success. Do let us know which one was your favorite in the comments section below.

Brian Tracy’s The Power Of Self-Confidence 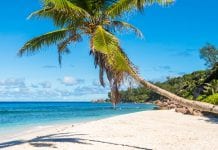 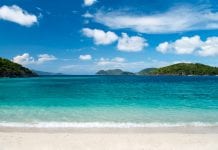 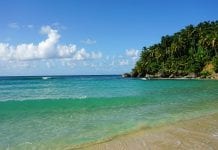