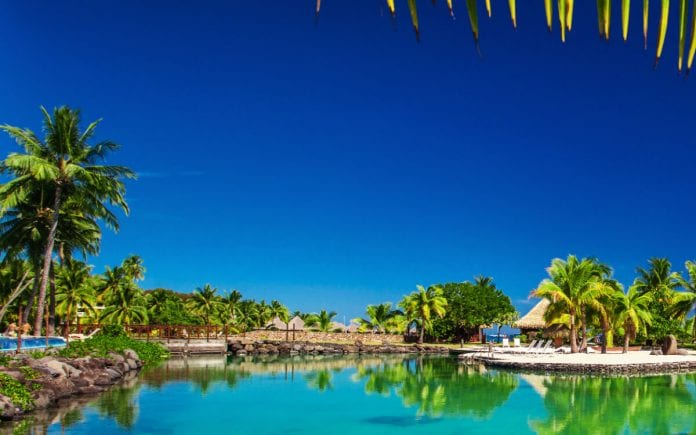 Harrison Ford is an American actor, pilot, and environmental activist. As of 2019, the U.S. domestic box office grosses of his films total over $5.1 billion, with worldwide grosses surpassing $9.3 billion, placing him at No. 4 on the list of highest-grossing domestic box office stars of all time. In addition to his box office success, he is also an Academy Award nominee, a four-time Golden Globe nominee, a two-time Saturn Award winner, and the recipient of the AFI Life Achievement Award and the Cecil B. DeMille Award. Following the initial part of his career in bit parts and supporting roles, Ford gained worldwide fame for his starring role as Han Solo in the epic space opera film Star Wars (1977), reprising the role in four sequels over the course of the next 42 years. He is also widely known for his portrayal of Indiana Jones in the titular film franchise, beginning with the action-adventure film Raiders of the Lost Ark (1981). His career spans six decades and includes collaborations with some of the most acclaimed and influential filmmakers of all time such as George Lucas, Francis Ford Coppola, Steven Spielberg, Ridley Scott, Peter Weir, and Mike Nichols. May these Harrison Ford Quotes On Success inspire you to take action so that you may live your dreams.

1. “I don’t do nostalgia. It just doesn’t occur to me. I’m living in the moment, and I don’t have that gene.” Harrison Ford

2. “I wanted to live the life, a different life. I didn’t want to go to the same place every day and see the same people and do the same job. I wanted interesting challenges.” Harrison Ford

4. “Why do I ask for directions? Because I hate wasting time.” Harrison Ford

5. “I realized early on that success was tied to not giving up. If you simply didn’t give up, you would outlast the people who came in on the bus with you.” Harrison Ford

6. “My goal was just to work regularly. I didn’t ever expect to be rich or famous. I wanted to be a working character actor.” Harrison Ford

7. “To me, success is choice and opportunity.” Harrison Ford

8. “You may get real tired watching me, but I’m not going to quit.” Harrison Ford

9. “We all have big changes in our lives that are more or less a second chance.” Harrison Ford

10. “What’s important is to be able to see yourself, I think, as having commonality with other people and not determine, because of your good luck, that everybody is less significant, less interesting, less important than you are.” Harrison Ford

11. “All I would tell people is to hold onto what was individual about themselves, not to allow their ambition for success to cause them to try to imitate the success of others. You’ve got to find it on your own terms.” Harrison Ford

12. “Peace is not the absence of war but the presence of justice.” Harrison Ford

13. “There’s a real simple analogy. You have to perceive it from the ground up. You have to lay a firm foundation, then every step becomes part of a logical process.” Harrison Ford

14. “Wood burns faster when you have to cut and chop it yourself.” Harrison Ford

15. “You have to have the darkness for the dawn to come.” Harrison Ford

16. “I have relationships with people I’m working with, based on our combined interest. It doesn’t make the relationship any less sincere, but it does give it a focus that may not last beyond the experience.” Harrison Ford

17. “Our health relies entirely on the vitality of our fellow species on Earth.” Harrison Ford

18. “I’ve always been somewhere down from the top, so I’ve never had to suffer being knocked off the top.” Harrison Ford

19. “Some actors couldn’t figure out how to withstand the constant rejection. They couldn’t see the light at the end of the tunnel.” Harrison Ford

20. “You keep on going until you get it as close to being right as the time and patience of others will allow.” Harrison Ford

21. “It’s always nice to anticipate working in something that you know people will have an appetite for.” Harrison Ford

22. “Money is really only important if you don’t have any.” Harrison Ford

23. “If you’re going to define me properly, you must think in terms of my failures as well as my successes.” Harrison Ford

24. “I think what a lot of action movies lose these days, especially the ones that deal with fantasy, is you stop caring at some point because you’ve lost human scale.” Harrison Ford

25. “I think retirement’s for old people. I’m still in the business, thank you. I’m enjoying my life and I want to stick around for as long as I can.” Harrison Ford

26. “There comes a point when you’ve exhausted your opportunities playing good guys. I’ve been around long enough, I think I’m entitled to explore a bit. But what I saw there was an opportunity to play a character different from what the audience’s expectation was. A chance to take their crude experience of me – of my iconography, if you will – and turn it on its ear at an appropriate juncture in the film to be useful to the process of telling the story.” Harrison Ford

28. “May the Force be with you’ is charming but it’s not important. What’s important is that you become the Force – for yourself and perhaps for other people.” Harrison Ford

29. “When we protect the places where the processes of life can flourish, we strengthen not only the future of medicine, agriculture and industry, but also the essential conditions for peace and prosperity.” Harrison Ford

30. “I am not the first man who wanted to make changes in his life at 60 and I won’t be the last. It is just that others can do it with anonymity.” Harrison Ford

31. “I do not go to the gym. I do not train. I am not that careful about what I eat. I cannot give you any advice about keeping fit. The best advice I can give is choose your parents wisely.” Harrison Ford

32. “I retire every time I’m done with a movie. Then I go back. You know, I enjoy sleep. But I love to work; it’s fun for me. As long as it continues to be fun, and I’m tolerated by the people around me, I will do it.” Harrison Ford

33. “I don’t think I’ve mastered anything. I’m still wrestling with the same frustrations, the same issues, the same problems as I always did. That’s what life is like.” Harrison Ford

35. “There are a lot of different paths through the jungle, but the simplest thing you can do is make yourself useful. Be easy to work with, be a hard worker and help people get the job done. And do it with as much passion and quality as you can.” Harrison Ford

I hope you enjoyed these Harrison Ford Quotes On Success. Do let us know which one was your favorite in the comments section below.

Check Out Harrison Ford Breaks Down His Career, From ‘Star Wars’ To ‘Indiana Jones’ | Vanity Fair: