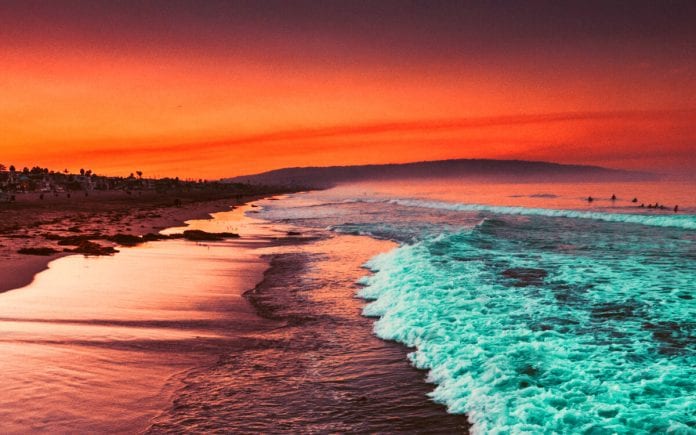 Henry James OM was an American author who became a British citizen in the last year of his life. He is regarded as a key transitional figure between literary realism and literary modernism and is considered by many to be among the greatest novelists in the English language. He was the son of Henry James Sr. and the brother of renowned philosopher and psychologist William James and diarist Alice James. He is best known for a number of novels dealing with the social and marital interplay between émigré Americans, English people, and continental Europeans. Examples of such novels include The Portrait of a Lady, The Ambassadors, and The Wings of the Dove. His later works were increasingly experimental. In describing the internal states of mind and social dynamics of his characters, James often made use of a style in which ambiguous or contradictory motives and impressions were overlaid or juxtaposed in the discussion of a character’s psyche. For their unique ambiguity, as well as for other aspects of their composition, his late works have been compared to impressionist painting. His novella The Turn of the Screw has garnered a reputation as the most analysed and ambiguous ghost story in the English language and remains his most widely adapted work in other media. He also wrote a number of other highly regarded ghost stories and is considered one of the greatest masters of the field. James published articles and books of criticism, travel, biography, autobiography, and plays. Born in the United States, James largely relocated to Europe as a young man and eventually settled in England, becoming a British citizen in 1915, one year before his death. James was nominated for the Nobel Prize in Literature in 1911, 1912 and 1916. May these Henry James Quotes On Success inspire you to take action so that you may live your dreams.

1. “Money’s a horrid thing to follow, but a charming thing to meet.” Henry James

2. “Life is a predicament which precedes death.” Henry James

4. “Americans will eat garbage provided you sprinkle it liberally with ketchup.” Henry James

6. “Love has nothing to do with good reasons.” Henry James

9. “One can’t judge till one’s forty; before that we’re too eager, too hard, too cruel, and in addition much too ignorant.” Henry James

10. “I am incapable of telling you not to feel. Feel, feel, I say – feel for all you’re worth, and even if it half kills you, for that is the only way to live.” Henry James

11. “She is like a revolving lighthouse; pitch darkness alternating with a dazzling brilliancy!” Henry James

12. “Do not mind anything that anyone tells you about anyone else. Judge everyone and everything for yourself.” Henry James

13. “It’s never permitted to be surprised at the aberrations of born fools.” Henry James

14. “I don’t want everyone to like me; I should think less of myself if some people did.” Henry James

16. “If you are going to be pushed you had better jump.” Henry James

17. “The right time is any time that one is still so lucky as to have.” Henry James

19. “Sorrow comes in great waves, but rolls over us, and though it may almost smother us, it leaves us. And we know that if it is strong, we are stronger, inasmuch as it passes and we remain.” Henry James

20. “We work in the dark – we do what we can – we give what we have. Our doubt is our passion, and our passion is our task. The rest is the madness of art.” Henry James

21. “And remember this, that if you’ve been hated, you’ve also been loved.” Henry James

22. “Ideas are, in truth, forces. Infinite, too, is the power of personality. A union of the two always makes history.” Henry James

24. “True happiness, we are told, consists in getting out of one’s self; but the point is not only to get out – you must stay out; and to stay out you must have some absorbing errand.” Henry James

25. “I call people rich when they’re able to meet the requirements of their imagination.” Henry James

26. “The visible world is but man turned inside out that he may be revealed to himself.” Henry James

27. “She feels in italics and thinks in Capitals.” Henry James

28. “Don’t try so much to form your character – it’s like trying to pull open a tight, tender young rose. Live as you like best and your character will take care of itself.” Henry James

29. “Innocent and infinite are the pleasures of observation.” Henry James

30. “If you have work to do, don’t wait to feel like it; set to work and you will feel like it.” Henry James

31. “Life is, in fact, a battle. Evil is insolent and strong; beauty enchanting, but rare; goodness very apt to be weak; folly very apt to be defiant; wickedness to carry the day; imbeciles to be in great places, people of sense in small, and mankind generally unhappy. But the world as it stands is no narrow illusion, no phantasm, no evil dream of the night; we wake up to it, forever and ever; and we can neither forget it nor deny it nor dispense with it.” Henry James

32. “It is no wonder he wins every game. He has never done a thing in his life exept play games.” Henry James

33. “Never say you know the last word about any human heart.” Henry James

34. “It is art that makes life, makes interest, makes importance, for our consideration and application of these things, and I know of no substitute whatever for the force and beauty of its process.” Henry James

35. “You must save what you can of your life; you musn’t lose it all simply because you’ve lost a part.” Henry James

I hope you enjoyed these Henry James Quotes On Success. Do let us know which one was your favorite in the comments section below.