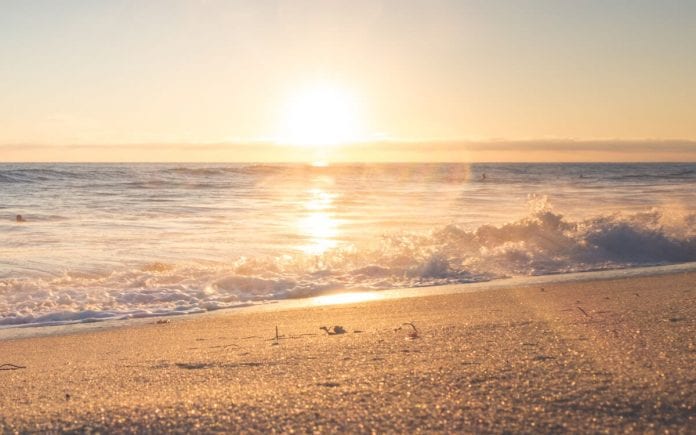 Isabel Angélica Allende Llona is a Chilean writer. Allende, whose works sometimes contain aspects of the genre magical realism, is known for novels such as The House of the Spirits (La casa de los espíritus, 1982) and City of the Beasts (La ciudad de las bestias, 2002), which have been commercially highly successful. Allende has been called “the world’s most widely read Spanish-language author.” In 2004, Allende was inducted into the American Academy of Arts and Letters, and in 2010, she received Chile’s National Literature Prize. President Barack Obama awarded her the 2014 Presidential Medal of Freedom. Allende’s novels are often based upon her personal experience and historical events and pay homage to the lives of women, while weaving together elements of myth and realism. She has lectured and toured many U.S. colleges to teach literature. Fluent in English, Allende was granted United States citizenship in 1993, having lived in California since 1989, first with her U.S. husband (from whom she is now separated). May these Isabel Allende Quotes On Success inspire you to take action so that you may live your dreams.

1. “We don’t have an explanation for everything that happens. We don’t control almost anything. And if we are not open to that mystery, life becomes so small.” Isabel Allende

2. “Every person is born with a talent, and happiness depends on discovering that talent in time.” Isabel Allende

3. “Heart is what drives us and determines our fate.” Isabel Allende

4. “Writing is a process, a journey into memory and the soul.” Isabel Allende

5. “It is a wonderful truth that things we want most in life-a sense of purpose, happiness and hope-are most easily attained by giving them to others.” Isabel Allende

6. “You only have what you give. It’s by spending yourself that you become rich.” Isabel Allende

7. “Most people feel younger than their age, but the culture values youth, success, beauty, productivity. There is no space in this culture for older people.” Isabel Allende

8. “Write what should not be forgotten.” Isabel Allende

9. “I don’t want an uneventful and safe life, I prefer an adventurous one.” Isabel Allende

10. “Give, give, give – what is the point of having experience, knowledge or talent if I don’t give it away? Of having stories if I don’t tell them to others? Of having wealth if I don’t share it? I don’t intend to be cremated with any of it! It is in giving that I connect with others, with the world and with the divine.” Isabel Allende

11. “Society decides when we get old. But the spirit never ages.” Isabel Allende

12. “The source of my difficulties has always been the same: an inability to accept what to others seems natural, and an irresistible tendency to voice opinions no one wants to hear ” Isabel Allende

13. “My life is about ups and downs, great joys and great losses.” Isabel Allende

14. “For women, the best aphrodisiacs are words. The G-spot is in the ears. He who looks for it below there is wasting his time.” Isabel Allende

15. “You are the storyteller of your own life, and you can create your own legend, or not.” Isabel Allende

16. “I have travelled all over the world and one thing that amazes me is that I can communicate with people. My story may be different but emotionally we are all the same.” Isabel Allende

17. “In times of conflict, war, poverty or religious fundamentalism, women and children are the first and most numerous victims. Women need all their courage today.” Isabel Allende

18. “What I fear most is power with impunity. I fear abuse of power, and the power to abuse.” Isabel Allende

19. “Humanity has this need to hear stories because they connect us with other people, they teach us about our own feelings. We feel less lonely when we see other people going through the same things, even if they’re fictional characters.” Isabel Allende

20. “Fear is inevitable, I have to accept that, but I cannot allow it to paralyze me.” Isabel Allende

21. “I have become an American citizen, and I love this country. I think that this country has incredible potential for goodness, an incredible possibility for doing the wrong thing, too.” Isabel Allende

22. “In terrible moments, in moments of revolution, of war or repression, of illness or death, people react with incredible strength.” Isabel Allende

23. “How many times have I told you not to believe everything you hear? Seek truth for yourself.” Isabel Allende

24. “I can promise you that women working together – linked, informed and educated – can bring peace and prosperity to this forsaken planet.” Isabel Allende

25. “One of the things that always comes up in my writing is the search for freedom, especially in women. I always write about women who are marginalized, who have no means or resources and somehow manage to get out of those situations with incredible strength – and that is more important than anything.” Isabel Allende

26. “I never said I wanted a ‘happy’ life but an interesting one. From separation and loss, I have learned a lot. I have become strong and resilient, as is the case of almost every human being exposed to life and to the world. We don’t even know how strong we are until we are forced to bring that hidden strength forward.” Isabel Allende

27. “There is no light without shadow, just as there is no happiness without pain.” Isabel Allende

28. “We don’t even know how strong we are until we are forced to bring that hidden strength forward. In times of tragedy, of war, of necessity, people do amazing things. The human capacity for survival and renewal is awesome.” Isabel Allende

30. “We all have an unsuspected reserve of strength inside that emerges when life puts us to the test.” Isabel Allende

31. “A memoir forces me to stop and remember carefully. It is an exercise in truth. In a memoir, I look at myself, my life, and the people I love the most in the mirror of the blank screen. In a memoir, feelings are more important than facts, and to write honestly, I have to confront my demons.” Isabel Allende

33. “Sisters: talk to each other, be connected and informed, form women’s circles, share your stories, work together, and take risks. Together we are invincible.” Isabel Allende

34. “Just as when we come into the world, when we die we are afraid of the unknown. But the fear is something from within us that has nothing to do with reality. Dying is like being born: just a change.” Isabel Allende

35. “Accept the children the way we accept trees—with gratitude, because they are a blessing—but do not have expectations or desires. You don’t expect trees to change, you love them as they are.” Isabel Allende

I hope you enjoyed these Isabel Allende Quotes On Success. Do let us know which one was your favorite in the comments section below.

Check Out Isabel Allende: How To Live Passionately—no Matter Your Age: