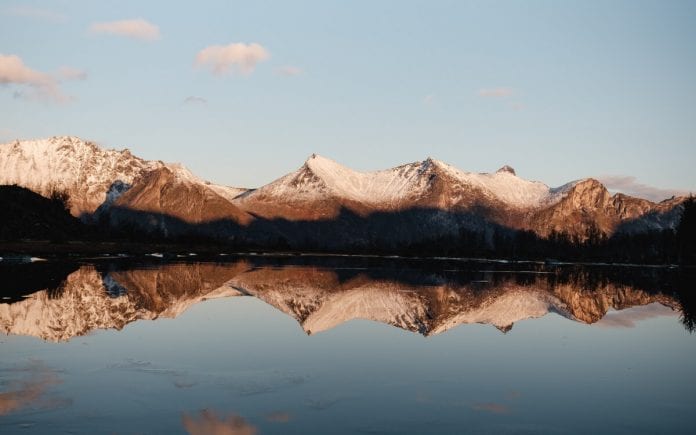 Jacques Derrida was a French philosopher best known for developing a form of semiotic analysis known as deconstruction, which he analyzed in numerous texts, and developed in the context of phenomenology. He is one of the major figures associated with post-structuralism and postmodern philosophy. During his career Derrida published more than 40 books, together with hundreds of essays and public presentations. He had a significant influence on the humanities and social sciences, including philosophy, literature, law, anthropology, historiography, applied linguistics, sociolinguistics, psychoanalysis and political theory. May these Jacques Derrida Quotes On Success inspire you to take action so that you may live your dreams.

1. “Beyond the touchline there is nothing.” Jacques Derrida

2. “Peace is only possible when one of the warring sides takes the first step, the hazardous initiative, the risk of opening up dialogue, and decides to make the gesture that will lead not only to an armistice but to peace.” Jacques Derrida

3. “I always dream of a pen that would be a syringe.” Jacques Derrida

4. “That is what deconstruction is made of: not the mixture but the tension between memory, fidelity, the preservation of something that has been given to us, and, at the same time, heterogeneity, something absolutely new, and a break.” Jacques Derrida

5. “Such a caring for death, an awakening that keeps vigil over death, a conscience that looks death in the face, is another name for freedom.” Jacques Derrida

6. “As soon as there is language, generality has entered the scene.” Jacques Derrida

7. “I speak only one language, and it is not my own.” Jacques Derrida

8. “Surviving – that is the other name of a mourning whose possibility is never to be awaited.” Jacques Derrida

9. “I’m no good for anything except taking the world apart and putting it together again (and I manage the latter less and less frequently).” Jacques Derrida

11. “Who ever said that one was born just once?” Jacques Derrida

12. “If I only did what I can do, I wouldn’t do anything.” Jacques Derrida

14. “Monsters cannot be announced. One cannot say: ‘Here are our monsters,’ without immediately turning the monsters into pets.” Jacques Derrida

15. “Each time this identity announces itself, someone or something cries: Look out for the trap, you are caught. Take off, get free, disengage yourself.” Jacques Derrida

16. “The traditional statement about language is that it is in itself living, and that writing is the dead part of language.” Jacques Derrida

17. “If things were simple, word would have gotten around.” Jacques Derrida

18. “Everything is arranged so that it be this way, this is what is called culture.” Jacques Derrida

19. “I was wondering myself where I am going. So I would answer you by saying, first, that I am trying, precisely, to put myself at a point so that I do not know any longer where I am going.” Jacques Derrida

20. “The end approaches, but the apocalypse is long lived.” Jacques Derrida

21. “There is nothing outside the text.” Jacques Derrida

22. “The blindness that opens the eye is not the one that darkens vision. Tears and not sight are the essence of the eye.” Jacques Derrida

23. “All sentences of the type ‘deconstruction is X’ or ‘deconstruction is not X’, a priori miss the point, which is to say that they are at least false. As you know, one of the principal things at stake in what is called in my texts ‘deconstruction’, is precisely the delimiting of ontology and above all of the third-person present indicative: S is P.” Jacques Derrida

24. “Within the university, you can study without waiting for any efficient or immediate result. You may search, just for the sake of searching, and try for the sake of trying. So there is a possibility of what I would call playing. It’s perhaps the only place within society where play is possible to such an extent.” Jacques Derrida

25. “The poet, is the man of metaphor: while the philosopher is interested only in the truth of meaning, beyond even signs and names, and the sophist manipulates empty signs, the poet plays on the multiplicity of signifieds.” Jacques Derrida

26. “Learning to live ought to mean learning to die – to acknowledge, to accept, an absolute mortality – without positive outcome,or resurrection, or redemption, for oneself or for anyone else. That has been the old philosophical injunction since Plato: to be a philosopher is to learn how to die.” Jacques Derrida

27. “If you read philosophical texts of the tradition, you’ll notice they almost never said ‘I,’ and didn’t speak in the first person. From Aristotle to Heidegger, they try to consider their own lives as something marginal or accidental. What was essential was their teaching and their thinking. Biography is something empirical and outside, and is considered an accident that isn’t necessarily or essentially linked to the philosophical activity or system.” Jacques Derrida

28. “One often speaks without seeing, without knowing, without meaning what one says.” Jacques Derrida

29. “There is no rigorous and effective deconstruction without the faithful memory of philosophies and literatures, without the respectful and competent reading of texts of the past, as well as singular works of our own time. Deconstruction is also a certain thinking about tradition and context. Mark Taylor evokes this with great clarity in the course of a remarkable introduction. He reconstitutes a set of premises without which no deconstruction could have seen the light of day.” Jacques Derrida

30. “To pretend, I actually do the thing: I have therefore only pretended to pretend.” Jacques Derrida

31. “What is called “objectivity,” scientific for instance (in which I firmly believe, in a given situation) imposes itself only within a context which is extremely vast, old, firmly established, or rooted in a network of conventions, and yet which still remains a context.” Jacques Derrida

32. “It is to have a compulsive, repetitive, and nostalgic desire for the archive, an irrepressible desire to return to the origin, a homesickness, a nostalgia for the return to the most archaic place of absolute commencement.” Jacques Derrida

33. “Psychoanalysis has taught that the dead – a dead parent, for example – can be more alive for us, more powerful, more scary, than the living. It is the question of ghosts.” Jacques Derrida

34. “The trace I leave to me means at once my death, to come or already come, and the hope that it will survive me. It is not an ambition of immortality, it is fundamental. I leave here a bit of paper, I leave, I die, it is impossible to exit this structure, it is the unchanging form of my life. Every time I let something go, I live my death in writing.” Jacques Derrida

35. “There is a future which is predictable, programmed, scheduled, foreseeable. But there is a future, l’avenir (to come) which refers to someone who comes whose arrival is totally unexpected. For me, that is the real future. That which is totally unpredictable. The Other who comes without my being able to anticipate their arrival. So if there is a real future, beyond the other known future, it is l’avenir in that it is the coming of the Other when I am completely unable to foresee their arrival.” Jacques Derrida

I hope you enjoyed these Jacques Derrida Quotes On Success. Do let us know which one was your favorite in the comments section below.