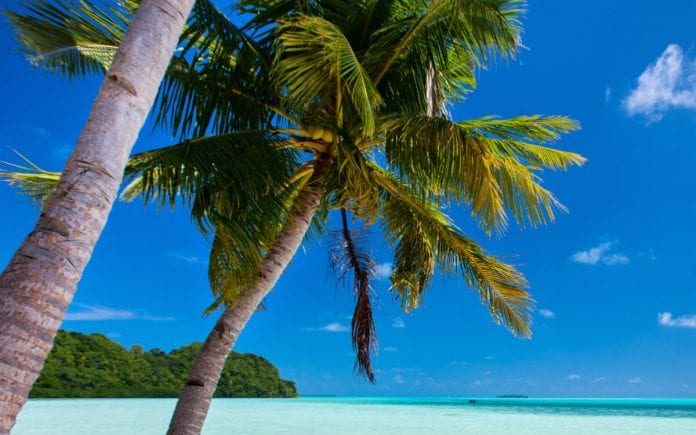 Joseph Robinette Biden Jr. is an American politician who served as the 47th vice president of the United States from 2009 to 2017. A member of the Democratic Party, he served as a United States Senator for Delaware from 1973 to 2009. Biden is the Democratic presidential nominee for the 2020 election, running against the incumbent, Donald Trump. Biden was raised in Scranton, Pennsylvania, and New Castle County, Delaware. He studied at the University of Delaware before receiving his law degree from Syracuse University. He became a lawyer in 1969 and was elected to the New Castle County Council in 1970. He was elected to the U.S. Senate from Delaware in 1972, becoming the sixth-youngest senator in American history. Biden was a longtime member and eventually chairman of the Senate Foreign Relations Committee. He opposed the Gulf War in 1991 but supported the expansion of the NATO alliance into Eastern Europe and its intervention in the Yugoslav Wars of the 1990s. He supported the resolution authorizing the Iraq War in 2002 but opposed the surge of U.S. troops in 2007. He also served as chairman of the Senate Judiciary Committee from 1987 to 1995, dealing with issues related to drug policy, crime prevention, and civil liberties. Biden led the efforts to pass the Violent Crime Control and Law Enforcement Act and the Violence Against Women Act, and oversaw the contentious U.S. Supreme Court nominations of Robert Bork and Clarence Thomas. Biden ran unsuccessfully for the Democratic presidential nomination in 1988 and 2008. May these Joe Biden Quotes On Success inspire you to take action so that you may live your dreams.

1. “Failure at some point in your life is inevitable, but giving up is unforgivable.” Joe Biden

2. “My dad always said, ‘Champ, the measure of a man is not how often he is knocked down, but how quickly he gets up.'” Joe Biden

4. “I graduated from the University of Delaware with a double major in history and political science.” Joe Biden

5. “In my heart, I’m confident I could make a good president.” Joe Biden

6. “We must rekindle the fire of idealism in our society.” Joe Biden

7. “Our future cannot depend on the government alone. The ultimate solutions lie in the attitudes and the actions of the American people.” Joe Biden

9. “Well, I was 29 years old when I came to the United States Senate, and I have learned a lot.” Joe Biden

12. “No fundamental social change occurs merely because government acts. It’s because civil society, the conscience of a country, begins to rise up and demand – demand – demand change.” Joe Biden

13. “People everywhere in the world are hungry for economic opportunity. And it’s about a lot more than being able to make money.” Joe Biden

14. “The American people are so much stronger, so much more resolved than any enemy can fully understand.” Joe Biden

15. “Reality has a way of intruding. Reality eventually intrudes on everything.” Joe Biden

16. “In my neighbourhood, when you’ve got something to say to a guy, you look him in the eye and you say it to him.” Joe Biden

17. “The moral disapprobation of society has an impact on behaviour in societies.” Joe Biden

18. “I don’t say very much I don’t really think through. I know that sounds inconsistent with Joe Biden.” Joe Biden

19. “When the stock market crashed, Franklin Roosevelt got on the television and didn’t just talk about the princes of greed. He said, ‘Look, here’s what happened.'” Joe Biden

20. “The effects of climate change are real and must be acted on.” Joe Biden

21. “You’ve got to reach a hand of friendship across the aisle and across philosophies in this country.” Joe Biden

22. “The greatest gift is the ability to forget – to forget the bad things and focus on the good.” Joe Biden

23. “I never had an interest in being a mayor ’cause that’s a real job. You have to produce. That’s why I was able to be a senator for 36 years.” Joe Biden

24. “It’s presumptuous to say you know how somebody feels.” Joe Biden

25. “My dad used to have an expression – ‘It is the lucky person who gets up in the morning, puts both feet on the floor, knows what they are about to do, and thinks it still matters.'” Joe Biden

26. “I know what I believe, I know what I want to do, and I’m just comfortable saying it, and laying it out there.” Joe Biden

28. “Look, freedom is an overwhelming American notion. The idea that we want to see the world, the peoples of the world free is something that all of us subscribe to.” Joe Biden

29. “When my first semester grades came out, my mom and dad told me I wouldn’t be playing football.” Joe Biden

30. “America’s experience, like many others, teaches us that fostering entrepreneurship is not just about crafting the right economic policy or developing the best educated curricula. It’s about creating an entire climate in which innovation and ideas flourish.” Joe Biden

31. “The 21st century is going to be the American century. Because we lead not only by the example of our power, but by the power of our example. That is the history of the journey of America.” Joe Biden

32. “Here at home, when Americans were standing in long lines to give blood after the attack on the World Trade Center and the Pentagon, we squandered an obvious opportunity to make service a noble cause again, and rekindle an American spirit of community.” Joe Biden

33. “In this world, emotion has become suspect – the accepted style is smooth, antiseptic and passionless.” Joe Biden

34. “Every single morning since I’ve been 27 years old, I’ve got up and someone’s handed me a card like the one I have in my pocket with the schedule on it, of all the things I’m gonna do. I don’t know what to do if I didn’t have that card.” Joe Biden

35. “Corruption is a cancer: a cancer that eats away at a citizen’s faith in democracy, diminishes the instinct for innovation and creativity; already-tight national budgets, crowding out important national investments. It wastes the talent of entire generations. It scares away investments and jobs.” Joe Biden

I hope you enjoyed these Joe Biden Quotes On Success. Do let us know which one was your favorite in the comments section below.

Check Out Kyle Kulinski: The Wild Success Of Joe Biden’s Do Nothing Strategy: