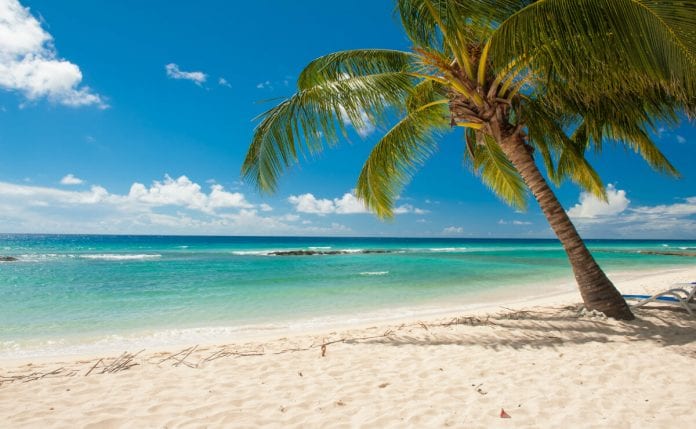 John Paul DeJoria is a Greek-Italian-American entrepreneur, a self-made billionaire and philanthropist best known as a co-founder of the Paul Mitchell line of hair products and The Patrón Spirits Company. May his quotes inspire you to take action so that you may live your dreams.

3. “Always remember in life: give a little something to those in need, there will always be somebody that’s not as well-off as you are.” John Paul DeJoria

4. “No matter where you are or how far down you are, try and help someone along the way.” John Paul DeJoria

6. “At least once a year, I meet with a group called the Giving Pledge. It’s a group of billionaires – including me, Warren Buffett, Bill Gates, and Ted Turner – who have pledged to give away most of their money to charity. We meet for three days to talk about what we’re doing to help make the planet a better place to live.” John Paul DeJoria

8. “If you dream, and you think really creatively about what you are dreaming about – it will happen.” John Paul DeJoria

9. “You ought to be able to make a nice profit and also do something to change the world.” John Paul DeJoria

11. “My first job, 9 years old, part-time, was selling Christmas cards door-to-door. Ten years old, my brother and I had paper routes. We delivered a morning paper called the ‘L.A. Examiner’. Get up at 4 o’clock, fold your papers, deliver them and get ready for school.” John Paul DeJoria

12. “We are the first to ever publicly advertise that we don’t test on animals.” John Paul DeJoria

13. “Any business you start be ready for it.” John Paul DeJoria

14. “By loving yourself, you’re going to be a happy person. A lot of people don’t like themselves for whatever reason.” John Paul DeJoria

16. “Being able to communicate with a loved one that you haven’t talked to in a while because of some communication break makes their life and your life in a much better place.” John Paul DeJoria

17. “I don’t use e-mail or a computer. I would be so inundated that I wouldn’t be able to get any work done. Instead, I do everything in person or on the phone.” John Paul DeJoria

18. “Most people would rather sit on a plane for two hours than spend two days on a train, but there’s nothing comparable to taking a relaxing rail journey with your family or good friends.” John Paul DeJoria

19. “I remember once in junior high school, on a Friday, my mom came home from work and said to my brother and I – You know, between us, we have only 27 cents, but we have food in the refrigerator, we have our little garden out back, and we’re happy, so we are rich.” John Paul DeJoria

20. “When you start with next to nothing, all you’ve got is a lot of thought, a lot of innovation, figuring new ways to do things without using a lot of money.” John Paul DeJoria

21. “I make the majority of my money from Patron, but my passion is with Paul Mitchell: I spend 85 percent of my time on it.” John Paul DeJoria

22. “I could go insane if I obsessed over every little detail of all of my companies. My management philosophy is to pay attention to the vital few and ignore the trivial many.” John Paul DeJoria

23. “You’d be safe to hold 5% of your assets and savings in gold and silver. Insurance for the future.” John Paul DeJoria

24. “I’m not a detail guy. I depend on accountants and administrators to do my detail stuff for me, but I do know the overall picture and I know that if you put business people together in a room, not just politicians, they could shrink the deficit tremendously by good business tactics.” John Paul DeJoria

25. “America is one of the biggest businesses in the world, and the people who run it can’t balance their budget. We need business people in there and lobbyists out of there.” John Paul DeJoria

26. “Why pour shampoo into a rabbit’s eyes to see how much shampoo you can put in an adult’s eyes before they go blind? I’ll put them in my hair, in my eyes before I would give them to anyone else.” John Paul DeJoria

27. “I don’t micromanage, but I do care deeply about every product we make. Everyone goes through me, and I try most of our products before they go to market, including our John Paul Pet flea and tick shampoo. If I don’t like it, it’s not coming out.” John Paul DeJoria

28. “We’re the only major company in the U.S. that is solely in the professional beauty industry. We promised hairdressers when we started that we would stay with them. If I went retail tomorrow then we would be four times our size overnight, but I’m going to be the one guy who kept his word.” John Paul DeJoria

30. “Yes, everyone deserves to have national health care in a great nation such as ours. We just need to find ways to do it and not be overtaxed.” John Paul DeJoria

31. “I like to live well and I feel good about it because I know how much we give back. There’s plenty for my family, now let’s take care of the rest.” John Paul DeJoria

32. “I’m an independent, straight in the middle. I’ve donated to candidates that I thought would be good that are Republican and Democrats alike.” John Paul DeJoria

33. “In philanthropy, many of us give a little bit and each year we give more and more to see what actually works and not just throw money out there and see if it’s going to work. If the government did the same thing, fabulous.” John Paul DeJoria

34. “I wanted to do my part to help preserve that golden age of travel I step aboard The Patron Tequila Express railcar, and I go back in time to the days when a long journey was something fun and very special.” John Paul DeJoria

35. “Pay attention to the vital few and ignore the trivial many.” John Paul DeJoria