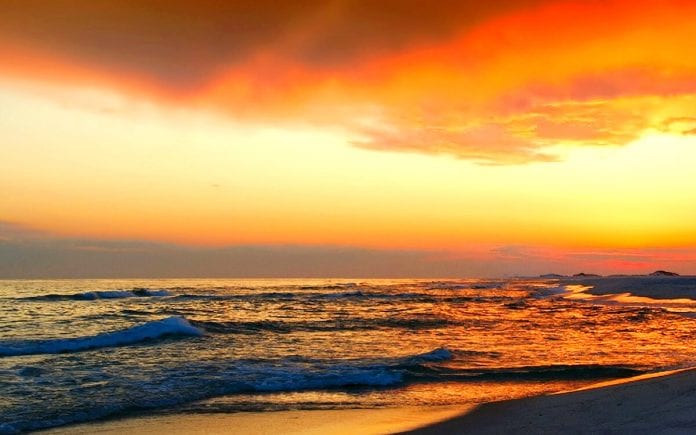 John Ernst Steinbeck Jr. was an American author and the 1962 Nobel Prize in Literature winner “for his realistic and imaginative writings, combining as they do sympathetic humour and keen social perception. “He has been called “a giant of American letters,” and many of his works are considered classics of Western literature. During his writing career, he authored 33 books, with one book coauthored alongside Edward Ricketts, including 16 novels, six non-fiction books, and two collections of short stories. He is widely known for the comic novels Tortilla Flat (1935) and Cannery Row (1945), the multi-generation epic East of Eden (1952), and the novellas The Red Pony (1933) and Of Mice and Men (1937). The Pulitzer Prize-winning The Grapes of Wrath (1939) is considered Steinbeck’s masterpiece and part of the American literary canon. In the first 75 years after it was published, it sold 14 million copies. Most of Steinbeck’s work is set in central California, particularly in the Salinas Valley and the California Coast Ranges region. His works frequently explored the themes of fate and injustice, especially as applied to downtrodden or everyman protagonists. Steinbeck was born on February 27, 1902, in Salinas, California. He was of German, English, and Irish descent. Johann Adolf Großsteinbeck (1828–1913), Steinbeck’s paternal grandfather, shortened the family name to Steinbeck when he immigrated to the United States. May these John Steinbeck Quotes On Success inspire you to take action so that you may live your dreams.

1. “All war is a symptom of man’s failure as a thinking animal.” John Steinbeck

3. “If you understand each other you will be kind to each other.” John Steinbeck

4. “Don’t worry about losing. If it is right, it happens – The main thing is not to hurry. Nothing good gets away.” John Steinbeck

5. “Power does not corrupt. Fear corrupts, perhaps the fear of a loss of power.” John Steinbeck

6. “We are lonesome animals. We spend all life trying to be less lonesome.” John Steinbeck

7. “To be alive at all is to have scars.” John Steinbeck

8. “The free exploring mind of the individual human is the most valuable thing in the world.” John Steinbeck

9. “I am convinced that basically dogs think humans are nuts.” John Steinbeck

10. “An unbelieved truth can hurt a man much more than a lie. It takes great courage to back truth unacceptable to our times. There’s a punishment for it, and it’s usually crucifixion.” John Steinbeck

11. “If you want to destroy a nation, give it too much – make it greedy, miserable and sick.” John Steinbeck

12. “A man on a horse is spiritually, as well as physically, bigger then a man on foot.” John Steinbeck

13. “This I must fight against: any idea, religion, or government which limits or destroys the individual.” John Steinbeck

14. “I wonder how many people I’ve looked at all my life and never seen.” John Steinbeck

15. “A kind of light spread out from her. And everything changed color. And the world opened out. And a day was good to awaken to. And there were no limits to anything. And the people of the world were good and handsome. And I was not afraid any more.” John Steinbeck

16. “When two people meet, each one is changed by the other so you’ve got two new people.” John Steinbeck

17. “Somewhere in the world there is a defeat for everyone. Some are destroyed by defeat, and some made small and mean by victory. Greatness lives in one who triumphs equally over defeat and victory.” John Steinbeck

18. “And this I believe: that the free, exploring mind of the individual human is the most valuable thing in the world. And this I would fight for: the freedom of the mind to take any direction it wishes, undirected. And this I must fight against: any idea, religion, or government which limits or destroys the individual. This is what I am and what I am about.” John Steinbeck

19. “I believe a strong woman may be stronger than a man, particularly if she happens to have love in her heart. I guess a loving woman is indestructible.” John Steinbeck

20. “It is a time of quiet joy, the sunny morning. When the glittery dew is on the mallow weeds, each leaf holds a jewel which is beautiful if not valuable. This is no time for hurry or for bustle. Thoughts are slow and deep and golden in the morning.” John Steinbeck

21. “Always dream and shoot higher than you know you can do, Try to be better than yourself.” John Steinbeck

22. “Socialism never took root in America because the poor see themselves not as an exploited proletariat but as temporarily embarrassed millionaires.” John Steinbeck

23. “If you’re in trouble, or hurt or need – go to the poor people. They’re the only ones that’ll help – the only ones.” John Steinbeck

24. “I believe there are monsters born in the world to human parents, The face and body may be perfect, but if a twisted gene or a malformed egg can produce physical monsters, may not the same process produce a malformed soul?” John Steinbeck

25. “And now that you don’t have to be perfect, you can be good.” John Steinbeck

26. “It’s so much darker when a light goes out than it would have been if it had never shone.” John Steinbeck

27. “There are several kinds of love. One is a selfish, mean, grasping, egotistical thing which uses love for self-importance. This is the ugly and crippling kind. The other is an outpouring of everything good in you — of kindness and consideration and respect — not only the social respect of manners but the greater respect which is recognition of another person as unique and valuable. The first kind can make you sick and small and weak but the second can release in you strength, and courage and goodness and even wisdom you didn’t know you had.” John Steinbeck

28. “What good is the warmth of summer, without the cold of winter to give it sweetness.” John Steinbeck

29. “I have come to believe that a great teacher is a great artist and that there are as few as there are any other great artists. Teaching might even be the greatest of the arts since the medium is the human mind and spirit.” John Steinbeck

30. “If you find yourself in a fair fight, your tactics suck.” John Steinbeck

31. “I know now why confusion in government is not only tolerated but encouraged. I have learned. A confused people can make no clear demands.” John Steinbeck

32. “The nicest thing in the world you can do for anybody is let them help you.” John Steinbeck

33. “It has always seemed strange to me, the things we admire in men, kindness and generosity, openness, honesty, understanding and feeling, are the concomitants of failure in our system. And those traits we detest, sharpness, greed, acquisitiveness, meanness, egotism and self-interest, are the traits of success. And while men admire the quality of the first they love the produce of the second.” John Steinbeck

34. “Maybe ever’body in the whole damn world is scared of each other.” John Steinbeck

35. “Books are the best friends you can have; they inform you, and entertain you, and they don’t talk back.” John Steinbeck

I hope you enjoyed these John Steinbeck Quotes On Success. Do let us know which one was your favorite in the comments section below.