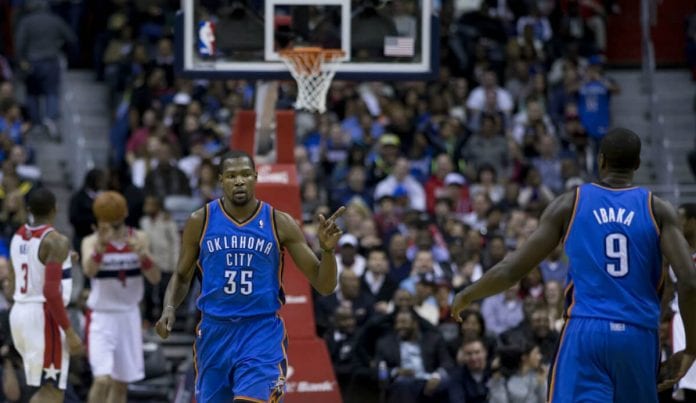 1. “With everything I do, I just try to be myself.” Kevin Durant

2. “I’m just trying to grow. That’s one thing I told myself is, Don’t worry about who people say is the best player.” Kevin Durant

3. “I just loved being in the gym. It was tough at times. Sometimes I wanted to quit, but I’m glad I stuck with it.” Kevin Durant

4. “I’ve got a long way to go to being the ultimate best but I think my time is now. And I’m starting to enter my prime.” Kevin Durant

5. “I always want to win because I never want to sit out on the sidelines outside.” Kevin Durant

6. “I don’t know what I’m going to do tomorrow. I just know for sure I’m going to keep playing basketball.” Kevin Durant

7. “I’m a basketball player. That’s what I do and what I love but that’s just not all who I am. I’m talented in a lot of different areas.” Kevin Durant

8. “I’m busy working on every aspect of game – defense, shooting, rebounding – but I really want to become a better overall team player. Help my teammates become better players out on the court in order to win more ball games.” Kevin Durant

9. “When people are used to doing something, they want you to stay in that lane.” Kevin Durant

10. “Every memory I had growing up was involving a basketball. I didn’t go to the prom and stuff like that. It was always basketball for me.” Kevin Durant

11. “My mom just wants to make sure that my heart is always in whatever I do and I’m in things for the right reasons.” Kevin Durant

12. “I’m not a guy that’s going to brag or feel like I’m better than the group.” Kevin Durant

14. “I can score the basketball, but I think I can pass pretty well or I can make the correct pass. I’m not the type of guy who’s just going to throw the ball inbounds to a guy who’s wide open. I can make the right pass.” Kevin Durant

15. “I just want to grow spiritually with God. I’m keeping strong at it, just trying to make my walk with faith a little better.”

16. “The clothes are not making me, if I like it, that’s all that matters. It’s not about the clothes. It’s about how I am as a person and how confident I am.” Kevin Durant

18. “My acting coach I’ve got here, Richard Lawson, he’s been doing good, just telling me to calm down sometimes and just be me.” Kevin Durant

19. “I learned how to pass when I was real young. That’s one thing I always knew how to do was find an open man.” Kevin Durant

21. “So many people doubted me. They motivated me every single day to be who I am.” Kevin Durant

22. “It feels good to be a part of history.” Kevin Durant

23. “Basketball is a platform for me to inspire people.” Kevin Durant

24. “I’ve learned what it feels like to lose, believe me. But I think in the end, that is just going to make winning that much better.” Kevin Durant

25. “My wildest dreams are when I’m wide awake.” Kevin Durant

26. “In this league, experience means a lot.” Kevin Durant

27. “I want to show people who I really am, especially aspiring basketball players who want to be at this level. That’s what I’m about.” Kevin Durant

28. “Chemistry is important. If you like teammates, it’s going to be easier to play with them on the court.” Kevin Durant

29. “When you got people behind you, you can do whatever.” Kevin Durant

30. “Everything in my life, I had to take it. They are not going to give it to you out of sympathy. I wouldn’t want it any other way.” Kevin Durant

31. “My style has changed and evolved mainly because I’ve grown to have more confidence in myself.” Kevin Durant

32. “With a versatile player, there’s no spot on the court you can’t pass him the ball. You can do anything.” Kevin Durant

33. “It’s fun that I get to live out my dream every single day. It’s a blessing. I can’t lose sight of that and I’ve just got to keep pushing.” Kevin Durant

35. “I know that hard work got me here. And the day I stop working hard, this can all go away.” Kevin Durant 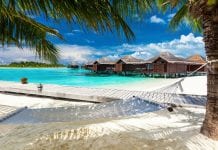 27 Inspirational Quotes That Will Help You Believe That It Is...