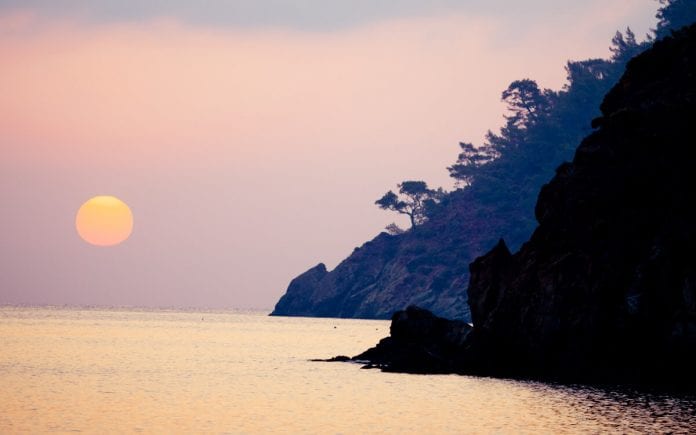 James Mercer Langston Hughes was an American poet, social activist, novelist, playwright, and columnist from Joplin, Missouri. One of the earliest innovators of the then-new literary art form called jazz poetry, Hughes is best known as a leader of the Harlem Renaissance. He famously wrote about the period that “the Negro was in vogue”, which was later paraphrased as “when Harlem was in vogue.” Growing up in a series of Midwestern towns, Hughes became a prolific writer at an early age. He moved to New York City as a young man, where he made his career. He graduated from high school in Cleveland, Ohio and soon began studies at Columbia University in New York City. Although he dropped out, he gained notice from New York publishers, first in The Crisis magazine, and then from book publishers and became known in the creative community in Harlem. He eventually graduated from Lincoln University. In addition to poetry, Hughes wrote plays, and short stories. He also published several non-fiction works. From 1942 to 1962, as the civil rights movement was gaining traction, he wrote an in-depth weekly column in a leading black newspaper, The Chicago Defender. Like many African-Americans, Hughes had a complex ancestry. Both of Hughes’ paternal great-grandmothers were enslaved Africans, and both of his paternal great-grandfathers were white slave owners in Kentucky. According to Hughes, one of these men was Sam Clay, a Scottish-American whiskey distiller of Henry County, said to be a relative of statesman Henry Clay. May these Langston Hughes Quotes On Success inspire you to take action so that you may live your dreams.

1. “My soul has grown deep like the rivers.” Langston Hughes

2. “Well, I like to eat, sleep, drink, and be in love. I like to work, read, learn, and understand life.” Langston Hughes

3. “Keep your hand on the plow. Hold on.” Langston Hughes

4. “I have discovered in life that there are ways of getting almost anywhere you want to go, if you really want to go.” Langston Hughes

5. “O, let my land be a land where Liberty Is crowned with no false patriotic wreath, But opportunity is real, and life is free, Equality is in the air we breathe.” Langston Hughes

6. “Democracy will not come Today, this year Nor ever Through compromise and fear.” Langston Hughes

7. “An artist must be free to choose what he does, certainly, but he must also never be afraid to do what he might choose.” Langston Hughes

8. “Folks, I’m telling you, birthing is hard and dying is mean- so get yourself a little loving in between.” Langston Hughes

9. “Humor is laughing at what you haven’t got when you ought to have it, what you wish in your secret heart were not funny, but it is, and you must laugh. Humor is your own unconscious therapy. Like a welcome summer rain, humor may suddenly cleanse and cool the earth, the air, and you.” Langston Hughes

10. “Looks like what drives me crazy Don’t have no effect on you. But I’m gonna keep on at it Till it drives you crazy, too.” Langston Hughes

11. “Go home and write , a page tonight. And let that page come out of you , Then, it will be true.” Langston Hughes

12. “When a man starts out to build a world, He starts first with himself.” Langston Hughes

13. “Gather out of star-dust, Earth-dust, Cloud-dust, Storm-dust, And splinters of hail, One handful of dream-dust, Not for sale.” Langston Hughes

14. “Life is an egg you have to be patient and careful with it or it will break.” Langston Hughes

15. “What happens to a dream deferred? Does it dry up like a raisin in the sun? Or fester like a sore, And then run? Does it stink like rotten meat? Or crust and sugar over, like a syrupy sweet? Maybe it just sags like a heavy load. Or does it explode?” Langston Hughes

16. “We build our temples for tomorrow, strong as we know how, and we stand on top of the mountain, free within ourselves.” Langston Hughes

17. “I’m so tired of waiting, aren’t you, for the world to become good and beautiful and kind?” Langston Hughes

18. “I dream a world, where wretchedness will hang its head and joy, like a pearl, attends the needs of all mankind. Of such I dream, my world!” Langston Hughes

19. “I stay cool, and dig all jive, That’s the way I stay alive. My motto, as I live and learn, is Dig and be dug In return.” Langston Hughes

20. “Good morning, Revolution: You’re the very best friend I ever had. We gonna pal around together from now on.” Langston Hughes

21. “Like a welcome summer rain, humor may suddenly cleanse and cool the earth, the air and you.” Langston Hughes

22. “The only way to get a thing done is to start to do it, then keep on doing it, and finally you’ll finish it.” Langston Hughes

24. “What happens to a dream deferred? Does it dry up like a raisin in the sun? Or does it explode?” Langston Hughes

25. “Believing everything she read In the daily news, (No in-between to choose) She thought that only One side won, Not that BOTH Might lose.” Langston Hughes

26. “Well, son, I’ll tell you: Life for me ain’t been no crystal stair. It’s had tacks in it, And splinters, And boards torn up, And places with no carpet on the floor, Bare. But all the time I’se been a-climbin’ on, And reachin’ landin’s, And turnin’ corners, And sometimes goin’ in the dark Where there ain’t been no light. So boy, don’t you turn back. Don’t you set down on the steps ‘Cause you finds it’s kinder hard. Don’t you fall now, For I’se still goin’, honey, I’se still climbin’, And life for me ain’t been no crystal stair.” Langston Hughes

27. “I tire so of hearing people say, Let things take their course. Tomorrow is another day. I do not need my freedom when I’m dead. I cannot live on tomorrow’s bread.” Langston Hughes

28. “I swear to the Lord, I still can’t see, why Democracy means, everybody but me.” Langston Hughes

29. “A dream deferred is a dream denied.” Langston Hughes

30. “When peoples care for you and cry for you, they can straighten out your soul.” Langston Hughes

31. “Life is a big sea full of many fish. I let down my nets and pulled. I’m still pulling.” Langston Hughes

32. “Hold fast to dreams, for if dreams die, life is a broken-winged bird that cannot fly.” Langston Hughes

33. “I wish the rent Was heaven sent.” Langston Hughes

34. “Reach Up Your Hand and take a star.” Langston Hughes

35. “Blues had the pulse beat of the people who keep on going.” Langston Hughes

I hope you enjoyed these Langston Hughes Quotes On Success. Do let us know which one was your favorite in the comments section below.