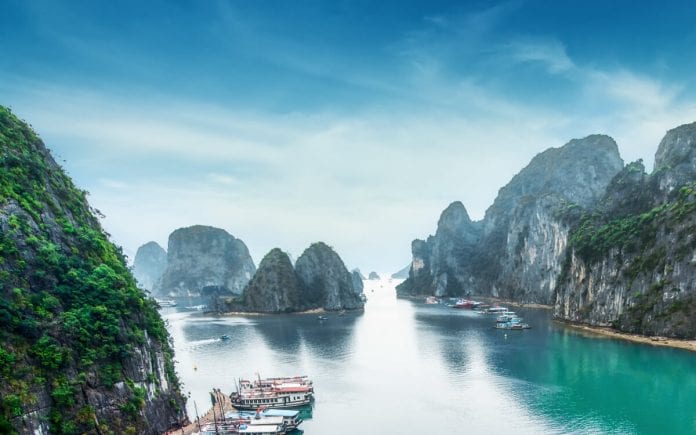 Martial arts are codified systems and traditions of combat practiced for a number of reasons such as self-defense; military and law enforcement applications; competition; physical, mental, and spiritual development; entertainment; and the preservation of a nation’s intangible cultural heritage. Although the term martial art has become associated with the fighting arts of East Asia it originally referred to the combat systems of Europe as early as the 1550s. The term is derived from Latin and means “arts of Mars”, the Roman god of war. Some authors have argued that fighting arts or fighting systems would be more appropriate on the basis that many martial arts were never “martial” in the sense of being used or created by professional warriors. May these Martial Arts Quotes On Success inspire you to take action so that you may live your dreams.

1. “The true work of the martial arts is progress, not perfection.” Gene Dunn

3. “In the martial arts, introspection begets wisdom. Always see contemplation on your actions as an opportunity to improve.” Mas Oyama

4. “Martial arts is not about picking your fights and picking how things go; it’s about adapting to how things are.” Gunnar Nelson

5. “Martial arts is not for hurting people, it’s for protecting people.” Jackie Chan

6. “When I started training martial arts, I learned about respect.” Anderson Silva

7. “Martial arts is not about fighting; it’s about building character.” Robert Foster Bennett

8. “The path of Martial Arts begins and ends with courtesy. So be genuinely polite on every occasion.” Mas Oyama

9. “As a lifelong practitioner of martial arts, I’m trained to remain calm in the face of adversity and danger.” Steven Seagal

11. “Martial arts are a vehicle for developing your human potential.” Joe Rogan

12. “You can use martial arts to tell a different story. Ang Lee used martial arts in ‘Crouching Tiger, Hidden Dragon’ to talk about love.” Jet Li

14. “When I do martial arts, I feel like its inward facing. Like, I’m improving myself, I’m getting healthier. It’s almost like mindfulness for something.” Sharice Davids

15. “I consider myself a decent athlete but when I started to train martial arts like Kung Fu, I realised it had nothing to do with how athletic you are. It’s all mental. It’s what you know, how you use it and your mental toughness and composure. It’s incredible.” Channing Tatum

16. “Martial arts is what pulled me through tough times, and it is one of the reasons for my happiness.” Tiger Shroff

18. “For me, the martial arts is a search for something inside. It’s not just a physical discipline.” Bruce Lee

19. “In martial arts, the biggest enemy is self. Inside, you struggle because you want to prove something.” Jet Li

20. “In their pure form, the martial arts demand the intense awareness of the meditative mind, and have nothing to do with anger or wanton aggression. A practitioner is taught from the outset that the skills must never be used for personal gain, but only in self-defence or in the protection of others — and even then only enough force as is absolutely necessary should be used.” David Fontana

21. “Understand that the essence of martial arts is not the art itself, but what’s hidden deep within yourself.” Gogen Yamaguchi

22. “The very essence of martial arts is the thirst for knowledge and the truth about ourselves.” Frank Shamrock

23. “To practice Zen or the Martial Arts, you must live intensely, wholeheartedly, without reserve – as if you might die in the next instant.” Taisen Deshimaru

24. “I see martial arts as moving forms of meditation. When you’re sparring or drilling techniques, you can’t think of anything else.” Joe Rogan

25. “To me, the extraordinary aspect of martial arts lies in its simplicity. The easy way is also the right way, and martial arts is nothing at all special; the closer to the true way of martial arts, the less wastage of expression there is.” Bruce Lee

26. “Martial arts is a life journey. One of the things my teacher taught me a long time ago was that everyone’s path to the mastery of a certain system is different. Some people’s path is a very direct route, where others might wind back and forth if you are injured or something.” Ryan Potter

27. “The real purpose of the martial arts must be to purge oneself of petty ambitions and desire, to obtain control of one’s own character.” Morihei Ueshiba

28. “The secret principle of martial arts is not vanquishing the attacker, but resolving to avoid an encounter before its occurrence. To become an object of an attack is an indication that there was an opening in one’s guard, and the important thing is to be on guard at all times.” Gichin Funakoshi

29. “In martial arts, every time you graduate, move to another level, you don’t forget everything you’ve done. You build on it, but it’s always there.” Melody Beattie

31. “I do a healthy blend of mixed martial arts, dancing, functional training, and swimming. These exercises give me ample strength, endurance, flexibility, and stamina.” Urvashi Rautela

34. “Take up martial arts and get proficient. Take a sword-fighting class. Dive in and immerse yourself in it as you would any other acting class, so when the opportunity comes, that skill can be really utilized, and it’s not half-baked.” David Leitch

I hope you enjoyed these Martial Arts Quotes On Success. Do let us know which one was your favorite in the comments section below.