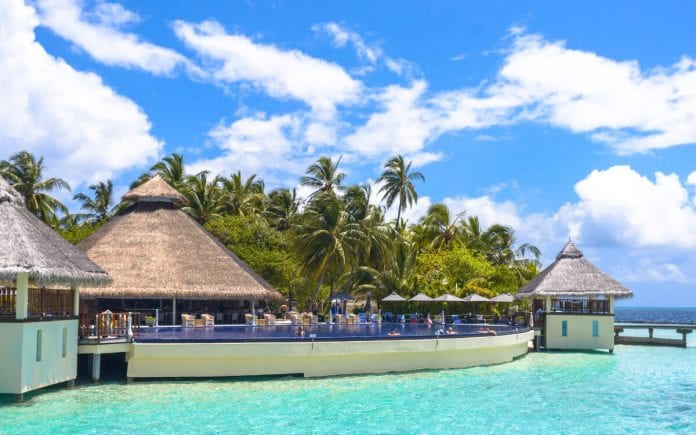 Matthew Paige Damon is an American actor, producer, and screenwriter. Ranked among Forbes’ most bankable stars,the films in which he has appeared have collectively earned over $3.12 billion at the North American box office,making him one of the highest-grossing actors of all time.He has received various awards and nominations, including an Academy Award and two Golden Globe Awards. Damon began his acting career by appearing in high school theater productions. He made his professional acting debut in the film Mystic Pizza (1988). He came to prominence in 1997 when he and Ben Affleck wrote and starred in Good Will Hunting, which won them the Academy and Golden Globe awards for Best Screenplay and earned Damon a nomination for the Academy Award for Best Actor. He continued to garner praise from critics for his roles as the title character in Saving Private Ryan (1998), the antihero in The Talented Mr. Ripley (1999), a fallen angel in Dogma (1999), an energy analyst in Syriana (2005), a corrupt Irish-American policeman in The Departed (2006), and race car driver Carroll Shelby in Ford v Ferrari (2019). Damon is also known for his starring roles as Jason Bourne in the Bourne franchise (2002–2016) and as a con man in the Ocean’s trilogy (2001–2007). For his supporting role as rugby player Francois Pienaar in Invictus (2009) and his leading role as an astronaut stranded on Mars in The Martian (2015), he received Academy Award nominations for Best Supporting Actor and Best Actor, respectively. The latter also won him a Golden Globe Award for Best Actor. He received Emmy Award nominations for his portrayal of Scott Thorson in the biopic Behind the Candelabra (2013) and for producing the reality series Project Greenlight (2001–2015). He also received an Academy Award nomination for producing Manchester by the Sea (2016). May these Matt Damon Quotes On Success inspire you to take action so that you may live your dreams.

1. “As a struggling actor, you’re not looking for parts that define you; you’re just looking for work.” Matt Damon

2. “It’s better to be a fake somebody than a real nobody.” Matt Damon

3. “If there’s an idea I think is really good and I feel like I can write it, then I’ll do it.” Matt Damon

4. “We’re here for such a short time. When your great-great-grandkids study history, don’t you want them to be proud that you were part of the solution?” Matt Damon

5. “Listen, here’s the thing. If you can’t spot the sucker in the first half hour at the table, then you are the sucker.” Matt Damon

6. “Bond is part of the system. He’s an imperialist and a misogynist, and he laughs at killing people, and he sits there slugging martinis. It’ll never be the same thing as this, because Bourne is a guy who is against the establishment, who is paranoid and on the run. I just think fundamentally they’re just very different things.” Matt Damon

7. “I grew up in and the teachers. I think I was very lucky. I think I had a lot of social capital, and so when I found myself in this position of influence, I just – then I started to engage a bit with some of the problems in the world and realize that I could actually have an impact.” Matt Damon

8. “You will never solve poverty without solving water and sanitation.” Matt Damon

9. “Some people get into this business and they’re so afraid to lose anything. They try to protect their position like clinging to a beachhead. These Actor s end up making really safe choices. I never wanted to go that route. If I go down, I’m going down swinging. I know that’s the way Heath Ledger feels and Ben Affleck feels the same way, too. We want to take the big swings.” Matt Damon

10. “Sometimes all you need is 20 seconds of insane courage.” Matt Damon

12. “It’s just better to be yourself than to try to be some version of what you think the other person wants.” Matt Damon

13. “I’ll play Pretty Pretty Princess with you if you just let me watch a little bit of March Madness.” Matt Damon

14. “Sending our kids in my family to private school was a big, big, big deal. And it was a giant family discussion. But it was a circular conversation, really, because ultimately we don’t have a choice. I mean, I pay for a private education and I’m trying to get the one that most matches the public education that I had, but that kind of progressive education no longer exists in the public system. It’s unfair.” Matt Damon

15. “Eventually stardom is going to go away from me. It goes away from everybody and all you have in the end is to be able to look back and like the choices you made.” Matt Damon

17. “Please find out what you can do to make a difference. Take five minutes to educate yourself on an issue you didn’t know about before. Then tell somebody else.” Matt Damon

19. “I think marrying somebody who’s not a celebrity, it just takes a lot of the pressure off.” Matt Damon

20. “I think what’s important for kids to know is that your decisions here on earth matter, your behavior matters and how you treat other people matters.” Matt Damon

21. “For a lot of actors, our biggest fear is that we’re going to start talking about things we don’t fully understand and sound like idiots.” Matt Damon

22. “Some people just see the glory and they don’t want to know about the story.” Matt Damon

24. “I should have done it years ago. It’s amazing I didn’t even want cigarettes anymore.” Matt Damon

25. “History is change happening one person at a time.” Matt Damon

26. “I believe a solid, really strong middle-class is the key to making the country in the best way.” Matt Damon

27. “If you can’t help people, then what is the point of being successful?” Matt Damon

28. “Being known as a writer did change the relationships I had with directors. The rap on actors is that they always want to inflate their parts. But when directors know you write screenplays and have a different view of things, you really get invited into the huddle in a much fuller way. And those collaborations end in friendships.” Matt Damon

29. “Paranoid is what people who are trying to take advantage call you in an effort to get you to drop your guard.” Matt Damon

30. “Clean water is only as far away as the nearest tap, and there are taps everywhere. There’s a faucet everywhere. But the reality is, the water in our toilets is cleaner than the water that most people are drinking.” Matt Damon

31. “If you work at something, you get better at it.” Matt Damon

32. “Liberty is a soul’s right to breathe.” Matt Damon

33. “All you have in the end is to look back and like the choices you’ve made.” Matt Damon

34. “If anybody wanted to photograph my life, they’d get bored in a day.” Matt Damon

35. “Now I feel I have an unspoken deal with the paparazzi: ‘I won’t do anything publicly interesting if you agree not to follow me.” Matt Damon

I hope you enjoyed these Matt Damon Quotes On Success. Do let us know which one was your favorite in the comments section below.