Matt LeBlanc is an American actor, comedian, and television host. He received international recognition for his portrayal of dim-witted, yet well-intentioned womanizer Joey Tribbiani on the NBC sitcom Friends, which ran from 1994 to 2004. For his work on Friends, LeBlanc received three Emmy Award nominations. LeBlanc has also starred as a fictionalized version of himself in the BBC/Showtime comedy series Episodes, for which he won a Golden Globe Award and received four additional Emmy Award nominations. Since 2016, LeBlanc has hosted the BBC series Top Gear. He plays Adam Burns in the CBS sitcom Man with a Plan since 2016. May his quotes inspire you to take action so that you may live your dreams.

1. “I believe that laughter is the best emotional Band-Aid in the world. It’s like nature’s Neosporin.” Matt LeBlanc

3. “I find the earth to be a place of misery in which I am surrounded by the conformity that kills society.” Matt LeBlanc

4. “As an actor, the biggest compliment you can get, in my book is for someone to believe that you’re the character.” Matt LeBlanc

6. “The more cynical you become, the better off you’ll be.” Matt LeBlanc

7. “I have funny bones. If there’s ever any kind of tension, I’ll always be the one to try and be funny to loosen things up.” Matt LeBlanc

8. “You can’t be funny if you don’t have good material.” Matt LeBlanc

9. “It’s funny – nowadays people that are famous get chased by paparazzi. They have this fame, but they don’t have the money to hide from it.” Matt LeBlanc

10. “Misery is manifold. The wretchedness of the earth is multiform.” Matt LeBlanc

12. “People will speak slowly to me sometimes. And they always ask me if I’m all right because I’m much more low-key and reserved than my character in ‘Friends’.” Matt LeBlanc

13. “These are just feelings. They’ll go away.” Matt LeBlanc

15. “You always question people’s intentions. That may be a combination of having money, having fame, and being a little older.” Matt LeBlanc

16. “The time commitment and extensive travel takes me away from my family and friends more than I’m comfortable with, it’s unfortunate.” Matt LeBlanc

17. “I keep waiting for the roof to cave in. I was raised to follow the Golden Rule, you know, treat people the way you wish to be treated. That’s kind of the way I live my life. Maybe someone up there likes me for that.” Matt LeBlanc

18. “I am not afraid if people think Matt LeBlanc in ‘Episodes’ is who I am – my friends and family know who I am.” Matt LeBlanc

19. “I remember when my daughter, Marina, was born. The second I laid eyes on her, I was in love, and I had never felt that way before. I couldn’t believe it.” Matt LeBlanc

21. “I don’t like producing. It’s a lot of meetings you sit through that amount to nothing.” Matt LeBlanc

22. “When I was younger and studying acting, I never ever saw myself in the sitcom world; it was drama that really turned me on and still does.” Matt LeBlanc

24. “This whole acting thing was always just for me and was always an absolute shot in the dark. If it didn’t pan out, I had my hammer and tool belt, banging nails again tomorrow if I had to.” Matt LeBlanc

25. “When there’s writing that you really trust, it’s very freeing as an artist.” Matt LeBlanc

26. “Having kids has been great for me. I have two beautiful step-kids, as well as my own new daughter. They’ve really helped me to keep my feet firmly on the ground, and life is good. I feel like I’m the luckiest guy here.” Matt LeBlanc

27. “I’ve grown tremendously as an actor by being there. It is comic writing the likes of which I don’t know that I’ll ever see again and it’s been a great, great experience.” Matt LeBlanc

28. “You know, I think British comedy is very smart comedy. You don’t get too much dumb comedy over here. Or at least I haven’t seen it. If I’m wrong about that, I apologize to all the dumb comedy makers over here.” Matt LeBlanc

29. “You basically have a group of four spies who are chosen for a mission they feel for the fact of how competent they are and how their expertise and they’re the right one for the job. But ultimately they find out they’ve been actually chosen for their incompetence.” Matt LeBlanc

30. “Is it better to strive for success as a self-representing artist or try to get your feet wet in the gallery world? That is such a common question these days among artists. I truly believe that most artists will come to a crossroad where they will have to decide on which route to take as it’s extremely hard to be successful in both worlds.” Matt LeBlanc

31. “I’m not in a rush to do anything. And I wouldn’t say I pick and choose. When it comes to producers picking people for roles I don’t think it’s between me and Tom Cruise, do you know what I mean?” Matt LeBlanc

32. “Work to me has become kind of a hobby. I was a part of something that gave me financial independence and the rent is paid. Now it’s just about projects that turn me on.” Matt LeBlanc

33. “Everyone in my family used to work with some kind of tool in their hands every day. That’s what we do. That’s what I did before I got into acting.” Matt LeBlanc

34. “Bathe. And try to stay current. I don’t always nail it. Sometimes I see pictures and go, What was I thinking?” Matt LeBlanc

35. “You can’t just give up. Is that what a dinosaur would do?” Matt LeBlanc 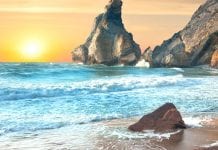