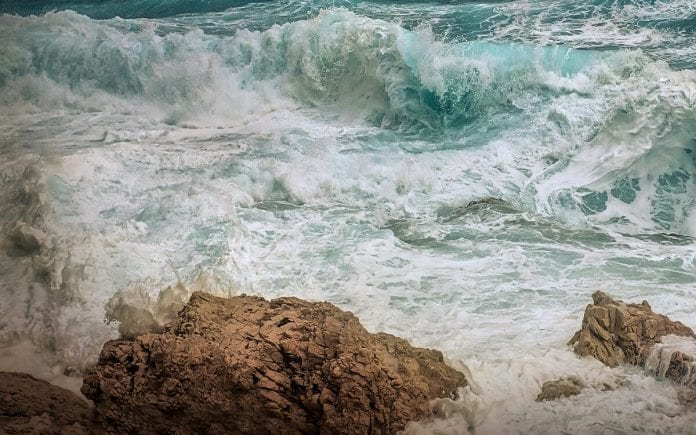 Moeen Munir Ali is an English international cricketer. An all-rounder, he is a left-handed batsman and right-arm off-spinner, who played county cricket for Warwickshire before moving to Worcestershire after the 2006 season. Ali has represented England in all formats of the game. He won Warwickshire’s NBC Denis Compton Award in both 2004 and 2005 and Worcestershire’s NBC Denis Compton Award in 2009. His off spin is marked by a strongly spun off break and a well-concealed arm ball. He was named one of the Cricketers of the Year in the 2015 Wisden Cricketers’ Almanack. Moeen was part of the England squad that won the 2019 Cricket World Cup. May these Moeen Ali Quotes On Success inspire you to take action so that you may live your dreams.

2. “To be part of a World Cup winning squad was a once in a lifetime experience. There was no resentment or sadness from missing the later games.” Moeen Ali

3. “The moment we won the World Cup is one I will never forget and would do anything just to experience again. It was the most euphoric sporting sensation you could possibly imagine.” Moeen Ali

4. “If I wasn’t doing this, I’d be working in a chippy. Cricket can change your life. It can teach you a lot about discipline and life in general.” Moeen Ali

5. “People get involved not just in politics but in groups and sects and forget the main reason why we’re here: to worship Allah.” Moeen Ali

6. “It took a lot of sacrifice from my dad. He managed to put cricket nets in our garden because he knew we had to practise every day. That would also keep us away from the streets.” Moeen Ali

7. “I have always been a player whose form goes up and down but at the moment I feel my batting confidence is at its lowest. Negative comments can affect you and they probably have.” Moeen Ali

8. “In tournament cricket, with a new opponent each game, I think you actually need to play to your own strengths more.” Moeen Ali

9. “If I can play, and change the mind of one person about being a Muslim player and having a beard, then I’ll feel as if I’ve done my job.” Moeen Ali

10. “Sometimes in Asian homes it is all about where we’ve come from, which is important too, but it is about where you live and where you’re born and the people who are the same as you.” Moeen Ali

11. “You do your best but I think I’m going to try and get back in as a batsman first, spinner second.” Moeen Ali

12. “People have been saying life will change for us now but me? No chance. I may be a World Cup winner but I will always be the lad who played cricket with his friends and cousins in the park on Stoney Lane in south Birmingham using an old milk crate for stumps.” Moeen Ali

14. “I never get too over-confident, or too down. I just go with the flow.” Moeen Ali

15. “Sometimes it can feel like my bad days in Test cricket get amplified or singled out more than other players, while my good ones can fly under the radar. I’m not making excuses but over time this can get to you a little bit.” Moeen Ali

16. “My beliefs are that good people who work hard get their rewards. There will be struggle at times and hurdles along the way – life throws up all sorts – but in the end, you will prevail if you stick to the right path.” Moeen Ali

17. “Look at a player like Divock Origi. No one was talking about the guy and then suddenly he becomes a hero.” Moeen Ali

18. “In an ideal world, you knock the runs off and win the game.” Moeen Ali

19. “Respect is having respect for the people you play with and against, and respect for the shirt. Unity is about sticking together but also uniting the country. That was always the bigger cause for us, not just the cricket.” Moeen Ali

20. “My dad and uncle were so protective so whenever someone would say or do something to harm us they were right there. They were very shy but you cross a line with them and the temper can get quite rough.” Moeen Ali

21. “I have been up and down the batting order and it’s difficult. People don’t always realise that.” Moeen Ali

22. “I know my responsibilities. They are to my religion, my parents, my wife, my family and my community.” Moeen Ali

23. “Social media is one of the hardest things about playing for England.” Moeen Ali

24. “When you’re quiet, others can form opinions that are way off the mark.” Moeen Ali

25. “There’s a lot of misunderstanding out there, particularly in the difference between religion and culture. For example, I hear people criticise Islam for arranged marriages, but that’s nothing to do with Islam. It is the culture in some places, but it’s actually against Islam.” Moeen Ali

26. “Every time that I come to Edgbaston it takes me back to some great first memories of coming here at a very young age.” Moeen Ali

27. “Representing England has always been a privilege and my decision to take a break from Test cricket at the end of the home summer was made to ensure that, hopefully, I can do it for a lot longer.” Moeen Ali

28. “I was so fortunate to play my club cricket at Moseley Ashfield. We had loads of Asians, white players, black players. You grow up from that knowing it just doesn’t matter what religion or culture people are into, everyone is different.” Moeen Ali

29. “I have been told in the past that’s my downfall but I’d rather be too nice to be honest. I set out in cricket to make friends. I’d rather people say they enjoyed playing with him and he’s a good guy, not he’s a good player but a bit of a so and so.” Moeen Ali

30. “I always have a slight sense of sadness when Ramadan ends. It’s such an amazing, blessed month. For me it is like a training camp for the year. You reflect on your life and things you can improve on. And it’s not about food and drink, it’s about learning to be a better person.” Moeen Ali

31. “If they come after me and my bowling you get a bit down. But when I am fielding I think about it and there are worse things that can happen. I take in the atmosphere a bit and think this is not too bad.” Moeen Ali

32. “I needed to step back from cricket, international cricket in particular, to get away from the scrutiny and intensity. I love it but it was too much for me.” Moeen Ali

33. “I never thought I’d be a senior player in a county side, let alone the England side. When you break into a county side, that is your aim, so it’s an incredible feeling to have achieved that with England.” Moeen Ali

34. “People make mistakes along the way. Cricket means I may not always be there for everyone all the time. But when I take the field for my country, I know there are a lot of people I am representing.” Moeen Ali

35. “In terms of trying to inspire other people with faith to play and stuff I am very proud of that. I remember seeing Muslim athletes or guys with other faiths performing and still carrying the label of being a religious person and it does inspire people.” Moeen Ali

I hope you enjoyed these Moeen Ali Quotes On Success. Do let us know which one was your favorite in the comments section below.