Neymar (Neymar da Silva Santos Júnior) is a Brazilian professional footballer who plays as a forward for French club Paris Saint-Germain and the Brazil national team. He is known for his dribbling, finishing, skill, pace, and ability to play with both feet. Neymar came into prominence at an early age at Santos, where he made his professional debut aged 17. He helped the club win two successive  Campeonato Paulista championships, a Copa do Brasil, and the 2011 Copa Libertadores, with the latter Santos’ first since 1963.  Neymar was twice named the South American Footballer of the Year, in 2011 and 2012, and soon relocated to Europe to join Barcelona. As part of Barça’s attacking trio with Lionel Messi and Luis Suárez, he won the continental treble of La Liga, the Copa del Rey, and the UEFA Champions League, and came third for the FIFA Ballon d’Or in 2015 for his performances. He then attained a domestic double in the 2015–16 season. In 2017, Neymar transferred from Barcelona to Paris Saint-Germain in a move worth €222 million, making him the most expensive player ever. In France, he won two league titles, a Coupe de France, and a Coupe de la Ligue, which included a domestic treble, and was voted Ligue 1 Player of the Year in his debut season. With 60 goals in 96 matches for Brazil since debuting at age 18, Neymar is the third highest goalscorer for his national team, trailing only Pelé and Ronaldo. in 2018, France Football ranked him as the world’s third highest paid footballer, earning €81.5m ($95m) for a calendar year in combined income from salaries, bonuses, and endorsements. Neymar has long been hailed as the natural successor to Cristiano Ronaldo and Lionel Messi as the world’s greatest footballer. May his quotes inspire you to take action so that you may live your dreams.

1. “It was a huge thrill, to step on a pitch of a championship like the World Cup, is a sensation that – you know, passes everything in your head.” Neymar

2. “It is very simple, Messi is the best in the world, and if you give him a little bit of space, he can do whatever he wants.” Neymar

3. “I was never motivated by money. I think above all else about the happiness of my family, regardless of money.” Neymar

4. “What I think about is my happiness, together with my family. I want us to be happy.” Neymar

5. “Everyone has a right to rest so as not to injure themselves.” Neymar

6. “The secret is to believe in your dreams; in your potential that you can be like your star, keep searching, keep believing and don’t lose faith in yourself.” Neymar

7. “Everything in my life has happened very early. Personally and professionally. I’m always learning: I have to.” Neymar

8. “Individually, I always want to give the most.” Neymar

10. “There is no pressure when you are making a dream come true.” Neymar

11. “My father has been by my side since I was little. He takes care of things, my finances and my family.” Neymar

12. “I’ve always had the greatest respect for and listened to both my father and my mother. I’ve always tried to follow my parents’ advice because these are people who want the best for me.” Neymar

13. “Playing by the side of the best of the world is always good. Things get easier.” Neymar

14. “I have both Messi and Cristiano Ronaldo as my idols. If I can take a little of each player’s game and make it my own, I would be very happy.” Neymar

15. “This moment, which we are living right now will pass too. We have to enjoy, enjoy all that we can.” Neymar

16. “Having a child is an experience that teaches a person how important to prioritize the happiness of another person. Whatever you do, even whatever you are, is an example for him. In fact, that little being who depends on you so much, makes you also to have a huge dependence on him.” Neymar

17. “I dreamt of being like Ronaldo and Ronaldinho.” Neymar

18. “There are players that try to imitate others, but at free-kick time it is a personal thing. Every person has their own technique and routine when they stand over the ball and I have mine, I am not trying to copy anyone.” Neymar

19. “I’m a guy who doesn’t like to be alone, and the joy that my friends pass me, with them being always by my side, is gigantic.” Neymar

20. “Life only makes sense when our highest ideal is to serve God.” Neymar

21. “All that matters is to help the team.” Neymar

22. “The acknowledgment comes naturally for those who deserve it.” Neymar

23. “My foot, for a football player, is very beautiful!” Neymar

25. “I’m not a spiteful man, never been. I always forgive. The final decision isn’t mine, but God’s. God knows what He does.” Neymar

27. “I like boots that are comfortable. Better for fit and touch as well.” Neymar

28. “There weren’t many options growing up, so I would wear whatever possible. I once saw a little boy wearing Jordan sneakers in a movie and that made me dream.” Neymar

29. “I think that Instagram suits me. People know I like to use it all the time.” Neymar

30. “I’m a bit sad because I’m leaving my cherished team in a city where I grew up and where I played for nine years in Santos. But I’m even happier to be facing a new challenge and for making a dream come true.” Neymar

32. “I want to help the Brazilian National Team the best way possible, whether is with goals, assists or even a slide tackles, whatever.” Neymar

33. “Winning the Ballon d’Or is the consequence of your work.” Neymar

34. “I feel like any other Brazilian citizen, I have a lot of happiness in me. I thank God for showing me the path to follow.” Neymar

35. “Our objective is always to win. Every day, every game, and every competition.” Neymar

Living The Same Year Over And Over Again 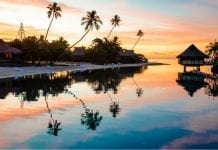