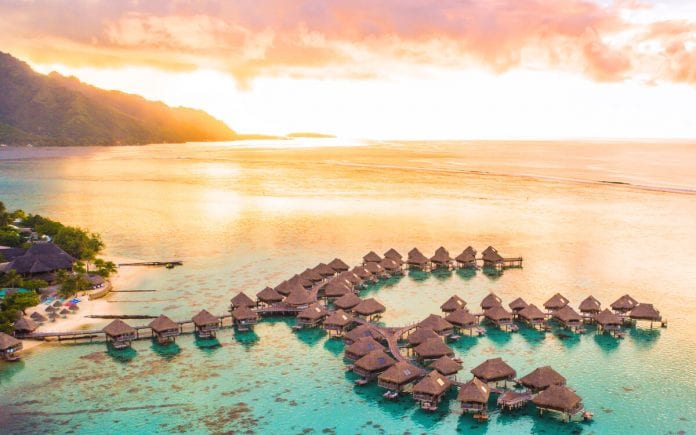 Nicole Houston Reed Somerhalder, known as Nikki Reed, is an American actress, screenwriter and singer-songwriter known for her portrayal of vampire Rosalie Hale in The Twilight Saga (2008–2012). She became known in 2003, after the release of the film Thirteen, directed by Catherine Hardwicke, for which she was credited with Hardwicke as a co-writer of the screenplay, and in which she played a lead role. The film earned Reed an Independent Spirit Award for Best Debut Performance, as well as several nominations. May these Nikki Reed Quotes On Success inspire you to take action so that you may live your dreams.

1. “Some of the greatest moments in life come from moments that are incomplete.” Nikki Reed

2. “If I ever find myself overwhelmed, it’s only because I am overwhelmed by how much more I want to learn. That is what drives me.” Nikki Reed

3. “Reusing and recycling our materials is the most important thing we can do.” Nikki Reed

4. “The degradation of our environment is undeniably a direct result of our lack of regard, lack of accountability, and lack of responsibility.” Nikki Reed

5. “Young people need to vote. They need to get out there. Every vote counts. Educate yourself too. Don’t just vote. Know what you’re voting for, and stand by that.” Nikki Reed

6. “I’m really diligent; I have a really militant side of my personality that comes out in areas of work. I’m very motivated, you know?” Nikki Reed

7. “I’ve done a lot of independent travelling, which hasn’t been the best career choice, but it’s been a really great life choice.” Nikki Reed

8. “Part of being young is making mistakes.” Nikki Reed

9. “I kind of went through a rough period. I could have kept going down that road and then off the cliff and into the ocean.” Nikki Reed

10. “I think the greatest lesson I have just recently learned is how powerful the mind is, informing our decision making unknowingly.” Nikki Reed

11. “When I’m challenged, I grow. I never want to be in a situation where I’m not challenged and not afraid. One of my favorite feelings is stepping into a film and knowing that I’m a little bit afraid of what I have to accomplish.” Nikki Reed

12. “Follow your heart and don’t question it, no matter where it tells you to go It will open up a world of experiences you can’t even imagine.” Nikki Reed

13. “We live in a world where sort of nothing is shocking anymore.” Nikki Reed

14. “I think we learn some of the greatest lessons in life from animals, whether it’s love, suffering, or the value of silence.” Nikki Reed

15. “At the end of the day, that’s our sole purpose and our sole reason for existing, is to love somebody else.” Nikki Reed

16. “There is still so much drama in my life, but I’m not a sad person anymore.” Nikki Reed

17. “With girls, friendships are hard because you have to learn to get to a maturity level to love them but not want to be them.” Nikki Reed

18. “I’m just a believer in keeping all of the creative brain cells moving and working even when you’re not working because the inevitable loneliness and boring drought in the actor’s world, it can eat you alive.” Nikki Reed

19. “When you’re playing a character in a book, there’s already a lot of pressure because all of the millions of people who have read the series have been able to envision and become very attached to the characters.” Nikki Reed

20. “Once I realized that the only thing I can actually control in this life is my own mind, how I choose to react, feel, and perceive, I felt immediately liberated.” Nikki Reed

21. “I guess the older I get, the more understanding and forgiving I’ve become.” Nikki Reed

22. “I think the best way to invite people into the conversation is to just create something beautiful out of love, and people naturally gravitate towards a new way of looking at fashion.” Nikki Reed

25. “I definitely think that females have a harder time. It’s a lot harder to be a girl because you’re always in your head. I’ve heard my brother go and take it out on the football as he says. Whereas girls would rather sit down and overthink things.” Nikki Reed

26. “Being an actor, you have to be working even when you’re not working. You never really get to relax because anytime you’re relaxing in between jobs, you’re just worried that you’re not going to get another job.” Nikki Reed

27. “I have always been a very passionate person. Some people are born with this fire burning inside to “do,” or create, with an insatiable hunger for knowledge and experience, and I am no exception.” Nikki Reed

28. “I think so many young girls get caught up in the challenge of being with somebody who’s dangerous, who’s bad, who’s enticing, who’s all of those things, and you forget what it’s like to enjoy simple love.” Nikki Reed

29. “I love writing. I feel more connected to that than I do a lot of the other things.” Nikki Reed

30. “I think we are all overcoming tiny obstacles every second of every day even if that means just a small shift in perspective.” Nikki Reed

31. “What is important is to treat everyone like an individual and learning not to generalize autism. With autism, people make assumptions, but it’s very broad, and everyone’s so different. You have to treat each person as an individual.” Nikki Reed

32. “If we don’t start acknowledging our correct position as nothing more than a part of the planet as opposed to this perception that we’re superior, then we won’t have it much longer. We’re facing a very turbulent, war-torn, drought-ridden existence for future generations unless we act now.” Nikki Reed

33. “I have a mother who allowed me to take in anything and everything that needed food, a bath, or a forever home, which resulted in a home that was always filled with warmth and love regardless of any other struggles we were presented with.” Nikki Reed

35. “I’ve discovered on this journey in the entertainment industry that, especially as a girl, woman, it’s really important to try to create your own opportunities.” Nikki Reed

I hope you enjoyed these Nikki Reed Quotes On Success. Do let us know which one was your favorite in the comments section below.

Check Out Ian Somerhalder and Nikki Reed Interview at WE Day: