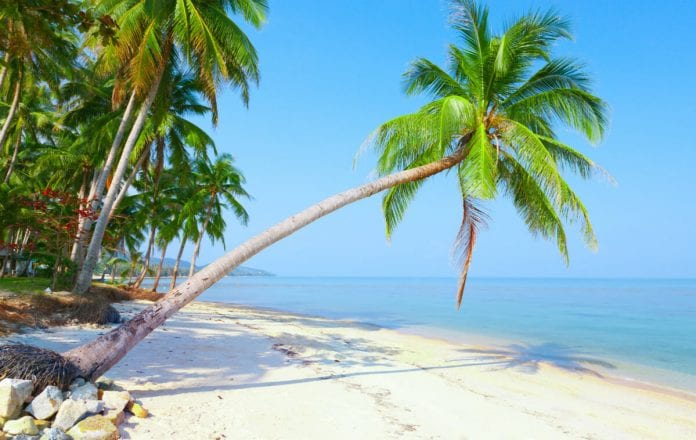 Paolo Maldini is an Italian former professional footballer who played as a left back and central defender for A.C. Milan and the Italy national team, who is widely regarded as one of the greatest ever defenders, and as one of the greatest players of all time. As the Milan and Italy captain for many years he was considered a leader by fellow footballers, leading to the nickname ‘Il Capitano’ (‘The Captain’). Maldini holds the records for most appearances in Serie A, with 647. He is currently serving as technical director for Milan, as well as being co-owner of North American Soccer League (NASL) club Miami FC. During his playing career, Maldini spent all 25 seasons of his career in the Serie A with Milan, before retiring at the age of 41 in 2009. He won 25 trophies with Milan: the UEFA Champions League five times, seven Serie A titles, one Coppa Italia, five Supercoppa Italiana titles, five European Super Cups, two  Intercontinental Cups, and one FIFA Club World Cup. During his years at Milan, Maldini played at a world class level for his entire career spanning two-and-a-half decades, and won the Best Defender trophy at the UEFA Club Football Awards at the age of 39, as well as the Serie A Defender of the Year Award in 2004. Following his retirement Milan retired his number 3 shirt. Maldini made his debut for Italy in 1988, playing for 14 years before retiring in 2002 with 7 goals and 126 caps, an appearance record at the time. Maldini captained Italy for eight years and held the record for appearances made as Italy’s captain, wearing the armband 74 times. With Italy, Maldini took part in four FIFA World Cups and three UEFA European Championships. Although he did not win a tournament with Italy, he reached the final of the 1994 World Cup and Euro 2000. Maldini came second to George Weah for FIFA World Player of the Year in 1995. In 2004 Pelé named him in the FIFA 100 list of the world’s greatest living players. He is also the record appearance holder for Milan with 902 appearances in all competitions. He is one of only 18 players to have made over 1,000 career appearances. In December 2012, he was inducted into the Italian Football Hall of Fame. May these Paolo Maldini Quotes On Success inspire you to take action so that you may live your dreams.

1. “I will not play a farewell game with the national team. I would like to thank the federation for expressing an interest. But I prefer to leave football with an official match because I am not a fan of farewell games.” Paolo Maldini

2. “If I have to make a tackle then I have already made a mistake.” Paolo Maldini

3. “If as a child I had written a story, the best story that I could imagine, I would have written as indeed is happening to me.” Paolo Maldini

4. “Sometimes when you have difficulties qualifying, you can still go and play a good World Cup.” Paolo Maldini

6. “A rookie coach must be supported by a very strong structure and not get burned.” Paolo Maldini

7. “There’s nothing unusual about serving the same employer for 23 years.” Paolo Maldini

8. “I’m not working in football. Basically, I’m a father with two kids and taking some time for myself. I played for 25 years, and I believe I need some space for myself.” Paolo Maldini

9. “I love sport, and I play to keep myself fine in the mind, because it helps there.” Paolo Maldini

10. “Bringing in innovation and youth is not a bad thing: it is a courageous choice.” Paolo Maldini

11. “Sergio Ramos has everything to become the best defender in the world, if he is not already.” Paolo Maldini

12. “We are glad not only to bring a professional soccer team to Miami but also to support all of its communities through our social responsibility commitment.” Paolo Maldini

13. “I got the chance to play the sport that I love, which was football, successfully for 25 years. Life has been great for me.” Paolo Maldini

14. “I have a great relationship with the fans. They love me; they have always shown that.” Paolo Maldini

15. “My father instilled in me the need to behave correctly on and off the pitch.” Paolo Maldini

16. “My father used to give me a lot of advice.” Paolo Maldini

17. “I think Milan lack a bit of renovation and planning for the future. Too often, they focused only on the present, particularly after the 2007 Champions League triumph.” Paolo Maldini

19. “Baggio is a unique player. It should not surprise you that he gets the most press. But you must remember that it takes a full team to win.” Paolo Maldini

20. “You simply can’t judge a team’s football from the country it comes from.” Paolo Maldini

22. “Milan has no reservations signing veteran players and has always taken into account the image and communication factors.” Paolo Maldini

23. “Ahead of a semi-final, there is always the same buzz. You know you are very close to reaching the final, but there is no way you can relax because then you will be punished.” Paolo Maldini

24. “I was lucky enough to play against Maradona. he and Ronaldo, when he was at Inter Milan – they were my toughest opponents.” Paolo Maldini

25. “To compete with the great teams in Europe, you have to invest money. There is no other way to reach that kind of level.” Paolo Maldini

26. “My teammate Franco Baresi was a real captain. He was an example for everyone. Not a big talker. He never talked. But on the field or in training, he was No.1.” Paolo Maldini

27. “In the Champions League, you can focus on a single game and play in exactly the style you need.” Paolo Maldini

29. “It is very hard to find a good defender who is strong and good with the ball. Very hard.” Paolo Maldini

30. “Even though I am not going to coach in the future, if I had to pass on a recommendation, it would be to base your game on having a strong defence.” Paolo Maldini

31. “I did boxing for three years, and that was very nice. It’s a hard but great, great sport. I really love the training aspect of it.” Paolo Maldini

33. “I was fortunate enough to be with Milan for 25 splendid years. When I arrived, I found a great foundation to build a great club.” Paolo Maldini

34. “Too much tension can do bad things to you.” Paolo Maldini

35. “When I was a kid, I wanted to be a football player. So, I achieved my dream.” Paolo Maldini

I hope you enjoyed these Paolo Maldini Quotes On Success. Do let us know which one was your favorite in the comments section below.