Listening is defined as to give attention with the ear; attend closely for the purpose of hearing; give ear. May these quotes inspire you to listen so that you may succeed in the pursuit of your dreams.

1. “No one is as deaf as the man who will not listen.” Proverb

3. “One of the most sincere forms of respect is actually listening to what another has to say.” Bryant H. McGill

4. “Listening is an art that requires attention over talent, spirit over ego, others over self.” Dean Jackson

5. “Listening is an attitude of the heart, a genuine desire to be with another which both attracts and heals.” L. J. Isham

6. “The first duty of love is to listen.” Paul Tillich

7. “Listening is often the only thing needed to help someone.” Anonymous

8. “When you talk, you are only repeating what you already know. But if you listen, you may learn something new.” Dalai Lama

9. “The word listen contains the same letters as the word silent.” Alfred Brendel

10. “Never miss a good chance to shut up.” Will Rogers

12. “Listening to others viewpoints may reveal the one thing needed to complete your goals.” D. Ridgley

13. “The most basic of all human needs is to understand and be understood. The best way to understand people is to listen to them.” Ralph Nichols

15. “There is only one rule for being a good talker – learn to listen.” Anonymous

17. “Just the act of listening means more than you can imagine.” Bob Nelson

18. “Wisdom is the reward you get for a lifetime of listening when you would have rather talked.” Mark Twain

19. “Deep listening is the kind of listening that can help relieve the suffering of another person. You can call it compassionate listening. You listen with only one purpose: to help him or her to empty his heart.” Tich Nhat Hanh

20. “The quieter you become, the more you can hear.” Anonymous

21. “I listened more than I studied, therefore little by little my knowledge and ability were developed.” Joseph Haydn

22. “The worst of all listeners is the man who does nothing but listens.” Charles Dickens

23. “Listen to your elder’s advice. Not because they are always right, but because they have more experience of being wrong.” Anonymous

25. “Listening is one of the loudest forms of kindness.” Anonymous

28. “The earth has music for those who listen.” William Shakespeare

29. “God gave us mouths that close and ears that don’t, that must tell us something.” Anonymous

30. “The art of conversation lies in listening.” Malcolm Forbes

32. “Listening is a magnetic force.” Karl A. Menninger

34. “Be silent and listen. You will hear the keys to success.” ATGW

35. “Most of the successful people I’ve known are the ones who do more listening than talking.” Bernard Baruch 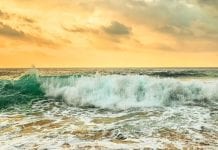