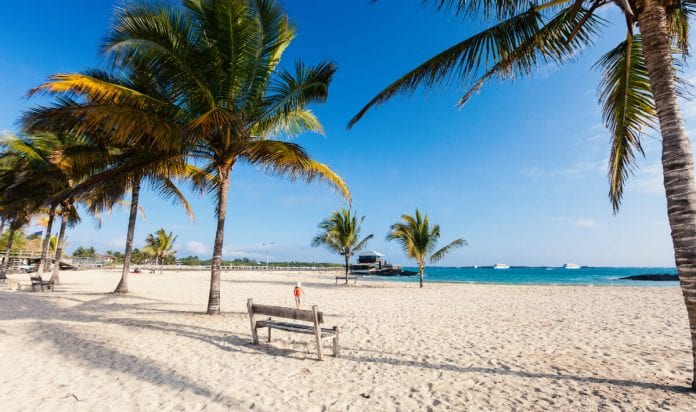 Robert Fritz is an American author, management consultant, composer, and filmmaker. He is known for his development of structural dynamics, the study of how structural relationships impact behavior from individuals to organizations. His books, starting with The Path of Least Resistance, develop the theory and application of structural dynamics and the creative process. May these Robert Frtiz Quotes On Success inspire you to take action so that you may live your dreams.

2. “You cannot create what you want by moving away from what you don’t want.” Robert Fritz

3. “There’s nothing like surrounding yourself with people who actually like you just the way you are–people who are not trying to improve you, change you, manipulate you, save you, etc. There is a line. On one side of the line are those who will give you the news–good, bad, and indifferent. They care about you and your success. On the other side of the line are those who do not actually care about you and have motives other than true support.” Robert Fritz

4. “If you limit your choice only to what seems possible or reasonable, you disconnect yourself from what you truly want, and all that is left is a compromise.” Robert Fritz

6. “You can shift to another structure that will support you in creating the results you want, but never from the motivation of ridding yourself of structural conflict. Why? Because creating is different from solving or eliminating.” Robert Fritz

7. “As adults, we create myths about ourselves and about our lives. We often use the myth to organize reality into a type of order. Anything that might contradict the myth seems to bring disorder that can feel disorienting.” Robert Fritz

8. “Faith was the excuse you used if you didn’t have a good argument.” Robert Fritz

9. “The human spirit will not invest itself in a compromise.” Robert Fritz

10. “One basic principle found throughout nature is this: Tension seeks resolution. From the spider web to the human body, from the formation of galaxies to the shifts of continents, from the swing of pendulums to the movement of wind-up toys, tension-resolution systems are in play.” Robert Fritz

12. “You want what you want, whether or not you think you can have it.” Robert Fritz

13. “If the creative process is so powerful, it would be natural to wonder why many artists have difficulties in their lives. It is because they do not know what they know.” Robert Fritz

14. “Creators understand that their emotions are not necessarily a sign of the circumstances. They understand that in desperate circumstances they may experience joy, and in jubilant circumstances they may feel regret. They know that any emotion will change. But because emotions are not the centerpiece of their lives, they do not pander to them. They create what they create, not in reaction to their emotions but independent of them. On days filled with the depths of despair, they can create. On days filled with the heights of joy, they can create.” Robert Fritz

15. “The way to activate the seeds of your creation is by making choices about the results you want to create. When you make a choice, you activate vast human energies and resources, which otherwise go untapped.” Robert Fritz

16. “Because humanity is part of nature, it should be no surprise that people act consistently with natural law. But for most of us, this is a new idea. In our culture we have been taught to ignore our relationship to nature, to treat nature simply as the stage or background that we use, adopt, tolerate, or oppose, as the case may be.” Robert Fritz

17. “It is natural for us to avoid pain and conflict. So, seeking the truth is not something we do by nature. It is a discipline, and like every discipline, is not natural. As we build our life as art, one discipline we will need to master is fluency in reality. We need to know exactly how it is. We will need to raise our level of objectivity, discernment, and awareness.” Robert Fritz

18. “You got to where you are in your life right now by moving along the path of least resistance.” Robert Fritz

19. “Creating is no problem – problem solving is not creating.” Robert Fritz

20. “One of the most important results you can bring into the world is the you that you really want to be.” Robert Fritz

21. “In the orientation of the creative, once you have consciously made the choice to be healthy and you are attracted to eating certain foods and following certain forms of exercise, you are involved in an organic process. The structural tendency of this organic process is for you to be attracted to those processes that will be particularly beneficial to your health. Those processes might include the usual, expected ones, such as healthy food and exercise, as well as unexpected ones.” Robert Fritz

23. “You are like a river. You go through life taking the path of least resistance. We all do—all human beings and all of nature. It is important to know that. You may try to change the direction of your own flow in certain areas of your life—your eating habits, the way you work, the way you relate to others, the way you treat yourself, the attitudes you have about life. And you may even succeed for a time. But eventually you will find you return to your original behavior and attitudes. This is because your life is determined, insofar as it is a law of nature for you to take the path of least resistance.” Robert Fritz

25. “In business, what distinguishes leaders from laggards and greatness from mediocrity is the ability to uniquely imagine what could be.” Robert Fritz

26. “Some teachers think they are preparing their students for life by teaching them that the choices they have are limited. Thus the real lesson they teach is compromise: Learn to live with what you don’t really like because you will have plenty of that.” Robert Fritz

28. “Time is the great teacher, but unfortunately it kills all of its students.” Robert Fritz

29. “Secondary choices are always subordinate to a primary choice. Often there is no reason to make such choices outside the context of the primary choice that calls for them.” Robert Fritz

30. “Dreamers only dream, but creators bring their dreams into reality.” Robert Fritz

31. “When you merely choose a process, you do not establish structural tension, and you do not make energy available to complete the creative process.” Robert Fritz

32. “What motivates a creator? The desire for the creation to exist. A creator creates in order to bring the creation into being. People in the reactive-responsive orientation often have trouble understanding this sensibility: to create for the sake of the creation itself. Not for the praise, not for the ‘return on investment’, not for what it may say about you, but for its own sake.” Robert Fritz

33. “The only time you know for sure whether creating a result is possible or not is when you have done it. All other thoughts on the matter are simply speculation.” Robert Fritz

34. “Without making the fundamental choice to be the predominant creative force in your life, no matter what you do to attempt to benefit yourself or enhance your life, you will merely be finding more sophisticated ways of responding to circumstances.” Robert Fritz

35. “Too many young people are being taught to give up their dreams before they have any experience attempting to pursue them.” Robert Fritz

Check Out This Interview With Robert Frtiz: