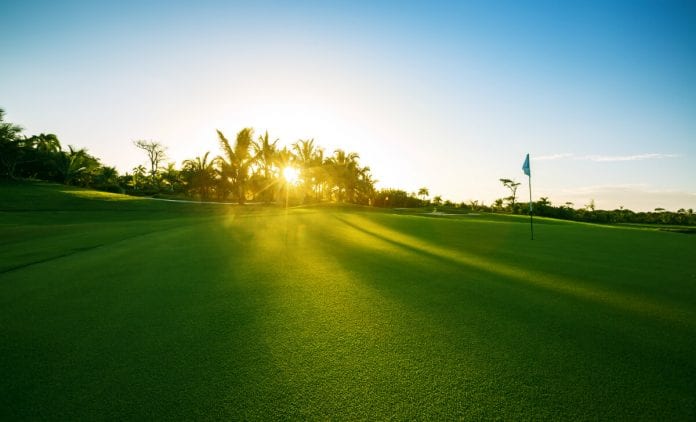 Rory McIlroy is a professional golfer from Northern Ireland who is a member of both the European and PGA Tours. He was world number one in the Official World Golf Ranking for 95 weeks. He is a four-time major champion, winning the 2011 U.S Open, (setting a tournament record score of −16), 2012 PGA Championship (with a tournament record margin of victory (8 strokes)), 2014 Open Championship, and 2014 PGA Championship. Along with Jack Nicklaus, Tiger Woods and Jordan Spieth he is one of four players to win three majors by the age of 25. May his quotes inspire you to work hard so that you may live your dreams.

1. “With success comes expectation and I know the expectation on me is going to be pretty high.” Rory McIlroy

2. “It is never easy to win but it is a lot easier to win when you play well. The key is winning golf tournaments when you are not playing so well. Managing your game is something that I feel that I am still learning to do.” Rory McIlroy

4. “The next time I cry about golf it will only be with joy. It’s not worth crying over golf for any other reason. After all, it’s only a game.” Rory McIlroy

5. “I kept telling myself this word, process. Focus on my process, don’t care about the result.” Rory McIlroy

7. “I don’t really remember, but from about the age of five I told anyone who would listen that I was going to be the best golfer in the world.” Rory McIlroy

8. “I was more worried about what other people would think rather than, you know, me. But you have got to do what is right for yourself and what you feel comfortable with.” Rory McIlroy

9. “My energies were most definitely in the golfing direction.” Rory McIlroy

10. “I don’t want to feel inferior to any other golfer in the world. Do that, then you know you’re giving them an advantage.” Rory McIlroy

11. “I want to try to become the best golfer in the world.” Rory McIlroy

13. “I used to not really like going to the gym when I was playing tournaments because I’d be sore and stiff. But the more you keep doing it, the less soreness you have. And you actually start to enjoy it.” Rory McIlroy

14. “I realize that every time my face is on TV or I’m playing in a tournament, that I am a role model for a lot of people and a lot of kids do look up to me. I try to do my best in that regard and put myself across as honestly and as modestly as possible, as well.” Rory McIlroy

15. “Every mistake that you make, you learn from it and you move on and you try to make sure that you don’t do it again.” Rory McIlroy

16. “Sport was an obvious favorite of mine and not only golf. I was, and still am, a big rugby fan.” Rory McIlroy

17. “I was very excited when I first started to travel so much. In fact, I was amazed that people were paying me to play the game I loved.” Rory McIlroy

18. “Fitness plays such an important role in my life, and an integral part of my gold structure, that I might be quite good at teaching others the benefits of sport and fitness.” Rory McIlroy

19. “Of course, money matters to everyone even if some don’t want to admit it.” Rory McIlroy

20. “I expect big things from myself but as long as I can keep the commitment and dedication and put the hard work in.” Rory McIlroy

21. “I have always said I will try to answer questions honestly. I don’t want to change that about myself. I think people appreciate that about me.” Rory McIlroy

22. “I’m happy with the success I’ve had, and I feel like there’s been a lot that I’ve learned this year, and that’s a great thing going into the future.” Rory McIlroy

23. “I wanted to make a point of basing myself at home, being close to my family. I’ll never be able to repay Mum and Dad for what they did, but at least they’ll never have to work another day. I’ll do whatever it takes to look after them.” Rory McIlroy

24. “Your success only makes you more motivated to do better.” Rory McIlroy

25. “You know I need that cockiness, the self-belief, arrogance, swagger, whatever you want to call it, I need that on the golf course to bring the best out of myself. So you know once I leave the golf course, you know that all gets left there.” Rory McIlroy

27. “I wish to be a positive role model.” Rory McIlroy

28. “I started to really believe in myself, and my abilities when I won the World Under 10 championship in Florida. I was nine and saw for the first time that I was amongst the best players in the world for my age. This was a massive confidence builder for me.” Rory McIlroy

29. “It’s incredible, ridiculous really, isn’t it? You realise you can make more money in the gold tour in one week than some people make in a lifetime.” Rory McIlroy

31. “I always got very excited about the Masters as a kid. I could hardly wait until the Wednesday when you’d get the BBC’s preview. And I’d then be glued to the screen until Sunday night.” Rory McIlroy

32. “My focus right now is on being the best player I can be.” Rory McIlroy

33. “I’m very ambitious and nothing gets in the way of me practicing and concentrating on winning golf tournaments.” Rory McIlroy

34. “My mom and dad worked very hard to give me the best chance in – not just in golf but in life. You know, I was an only child, you know, my dad worked three jobs at one stage. My mom worked night shifts in a factory.” Rory McIlroy

35. “I’ve come across enough successful people now to know that the best in whatever walk of life, they’re the ones who just work the hardest. I realized that if I want to be the best and fulfill my potential, I’m going to have to do the same thing. And for those who are lucky enough to be born with a gift and then choose to work the hardest, I mean, that’s the combination.” Rory McIlroy