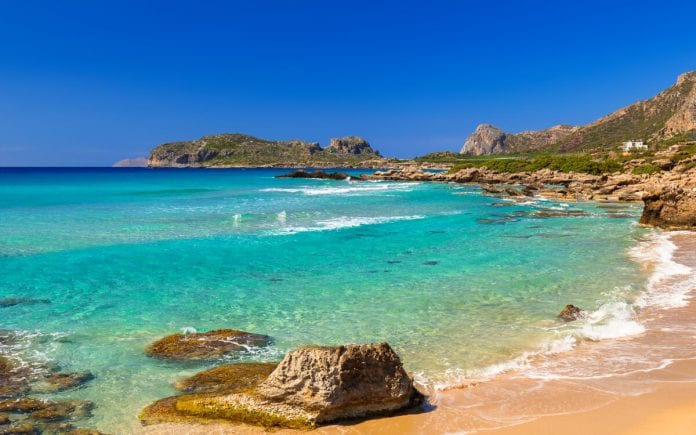 Keith Rupert Murdoch, AC, KCSG is an Australian-born American media mogul. Through his company News Corp, he is the owner of hundreds of local, national, and international publishing outlets around the world, including The Sun and The Times in the UK, The Daily Telegraph and The Australian in Australia, The Wall Street Journal and The New York Post in the US, book publisher HarperCollins, and the television broadcasting channels Sky News Australia and Fox News (through the Fox Corporation). He was also the owner of Sky (until 2018), 21st Century Fox (until 2019), and the now-defunct News of the World. May these Rupert Murdoch Quotes On Success inspire you to take action so that you may live your dreams.

1. “When I hear something going wrong, I insist on it being put right.” Rupert Murdoch

2. “Money is not the motivating force. It’s nice to have money, but I don’t live high. What I enjoy is running the business.” Rupert Murdoch

3. “It’s been a long career, and I’ve made some mistakes along the way.” Rupert Murdoch

4. “No leader will fight for values, for principles, if their government is a value-free vacuum. Moral relativism is morally wrong.” Rupert Murdoch

5. “You can’t build a strong corporation with a lot of committees and a board that has to be consulted every turn. You have to be able to make decisions on your own.” Rupert Murdoch

6. “Advances in the technology of telecommunications have proved an unambiguous threat to totalitarian regimes everywhere.” Rupert Murdoch

7. “You can’t have a competitive, egalitarian meritocracy if only some of your citizens have the opportunity for a good education.” Rupert Murdoch

8. “Our reputation is more important than the last hundred million dollars.” Rupert Murdoch

9. “You hope for the best, but you’ve got to prepare for the worst.” Rupert Murdoch

10. “The world is changing very fast. Big will not beat small anymore. It will be the fast beating the slow.” Rupert Murdoch

11. “We’ve got to lift our game tremendously. We’ll sell our business news and information in print, we’ll sell it to anyone who’s got a cable system, and we’ll sell it on the Web.” Rupert Murdoch

12. “At its core, a fair and just society is one where opportunity is open to all – not just those at the top.” Rupert Murdoch

13. “The buck stops with the guy who signs the checks.” Rupert Murdoch

14. “Successful workers will be those who embrace a lifetime of learning. Those who don’t will be left behind.” Rupert Murdoch

15. “I try to keep in touch with the details. I also look at the product daily. That doesn’t mean you interfere, but it’s important occasionally to show the ability to be involved. It shows you understand what’s happening.” Rupert Murdoch

16. “I felt that it’s best just to be as transparent as possible.” Rupert Murdoch

17. “I’m a catalyst for change. You can’t be an outsider and be successful over 30 years without leaving a certain amount of scar tissue around the place.” Rupert Murdoch

18. “I’m not a knee-jerk conservative. I passionately believe in free markets and less government, but not to the point of being a libertarian.” Rupert Murdoch

19. “We have no intention of failing. The only question is how great a success we’ll have.” Rupert Murdoch

20. “In motivating people, you’ve got to engage their minds and their hearts. I motivate people, I hope, by example – and perhaps by excitement, by having productive ideas to make others feel involved.” Rupert Murdoch

21. “People begin to resent the rich only when they conclude that the system is rigged.” Rupert Murdoch

22. “I don’t mind what people say about me. I’ve never read a book about myself.” Rupert Murdoch

23. “Much of what passes for quality on British television is no more than a reflection of the narrow elite which controls it and has always thought that its tastes were synonymous with quality.” Rupert Murdoch

24. “We certainly employ a lot of immigrants at Fox, and we do not take any consistent anti-immigrant line.” Rupert Murdoch

25. “No one’s going to be able to operate without a grounding in the basic sciences. Language would be helpful, although English is becoming increasingly international. And travel. You have to have a global attitude.” Rupert Murdoch

26. “We all know growth is absolutely vital to a free society. No one should want Australia to be a stag-nation: a nation with a stagnant economy and stagnant aspirations.” Rupert Murdoch

27. “I’m a strange mixture of my mother’s curiosity; my father, who grew up the son of the manse in a Presbyterian family, who had a tremendous sense of duty and responsibility; and my mother’s father, who was always in trouble with gambling debts.” Rupert Murdoch

28. “You can’t build a strong corporation with a lot of committees and a board that has to be consulted every turn. You have to be able to make decisions on your own.” Rupert Murdoch

29. “I’m a permanently curious person. I probably waste my time being curious about things that have got nothing to do with the business sometimes. What keeps me alive, certainly, is curiosity.” Rupert Murdoch

30. “So long as I can stay mentally alert – inquiring, curious – I want to keep going. I love my wife and my children, but I don’t want to sit around at home with them. We go on safaris and things like that. I can do that for a couple of weeks a year. I’m just not ready to stop, to die.” Rupert Murdoch

31. “The Internet has been the most fundamental change during my lifetime and for hundreds of years.” Rupert Murdoch

32. “In a world as competitive as ours, the child who does not get a decent education is condemned to the fringes of society. I think all Australians agree that this is intolerable. So we must demand as much of our schools as we do of our sports teams – and ensure that they keep the Australian dream alive for every child.” Rupert Murdoch

33. “There is so much media now with the Internet and people, and so easy and so cheap to start a newspaper or start a magazine, there’s just millions of voices and people want to be heard.” Rupert Murdoch

34. “I’ve always been more interested in the content of our newspapers, political positions day to day, the thrill of communicating with people through words that I am in the pure business aspects.” Rupert Murdoch

35. “In my life, I have learned that most people want the same thing. They are not driven by class resentment. What they want most is to make a better life for themselves and their families – and to know that the opportunities for their children will be better than they were for themselves.” Rupert Murdoch

I hope you enjoyed these Rupert Murdoch Quotes On Success. Do let us know which one was your favorite in the comments section below.

Check Out Rupert Murdoch: The Life And Times Of A Media Mogul: