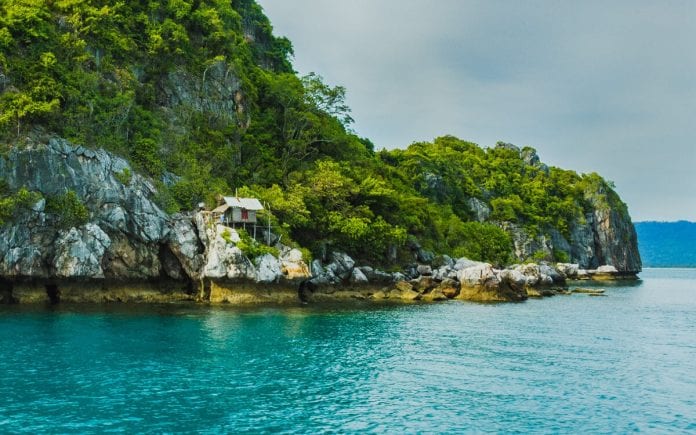 Theodora Sarah Orne Jewett was an American novelist, short story writer and poet, best known for her local color works set along or near the southern seacoast of Maine. Jewett is recognized as an important practitioner of American literary regionalism. Sarah Orne Jewett was born in South Berwick, Maine. Her family had been residents of New England for many generations. Jewett’s father, Theodore Herman Jewett, was a doctor specializing in “obstetrics and diseases of women and children,” and Jewett often accompanied him on his rounds, becoming acquainted with the sights and sounds of her native land and its people. Her mother was Caroline Frances (Perry). As treatment for rheumatoid arthritis, a condition that developed in her early childhood, Jewett was sent on frequent walks and through them also developed a love of nature. In later life, Jewett often visited Boston, where she was acquainted with many of the most influential literary figures of her day, but she always returned to South Berwick, small seaports near which were the inspiration for the towns of “Deephaven” and “Dunnet Landing” in her stories. Jewett was educated at Miss Olive Rayne’s school and then at Berwick Academy, graduating in 1866. She supplemented her education with reading in her extensive family library. Jewett was “never overtly religious”, but after she joined the Episcopal church in 1871, she explored less conventional religious ideas. May these Sarah Orne Jewett Quotes On Success inspire you to take action so that you may live your dreams.

1. “A lean sorrow is hardest to bear.” Sarah Orne Jewett

2. “The old poets little knew what comfort they could be to a man.” Sarah Orne Jewett

3. “My childhood is very vivid to me, and I don’t feel very different now from the way I felt then. It would appear I am the very same person, only with wrinkles.” Sarah Orne Jewett

4. “Conversation’s got to have some root in the past, or else you’ve got to explain every remark you make, an’ it wears a person out.” Sarah Orne Jewett

5. “In the life of each of us, I said to myself, there is a place remote and islanded, and given to endless regret or secret happiness, we are each the uncompanioned hermit and recluse of an hour or a day, we understand our fellows of the cell to whatever age of history they may belong.” Sarah Orne Jewett

6. “It is the people who can do nothing who find nothing to do, and the secret to happiness in this world is not only to be useful, but to be forever elevating one’s uses.” Sarah Orne Jewett

7. “Yes I am, old friends is always best, ‘less you can catch a new one that’s fit to make an old one out of.” Sarah Orne Jewett

9. “In the life of each of us there is a place remote and islanded, and given to endless regret or secret happiness.” Sarah Orne Jewett

10. “My dear father, my dear friend, the best and wisest man I ever knew, who taught me many lessons and showed me many things as we went together along the country by-ways.” Sarah Orne Jewett

11. “Satisfaction, even after one has dined well, is not so interesting and eager a feeling as hunger.” Sarah Orne Jewett

12. “It seems to me like stealing, for men and women to live in the world and do nothing to make it better.” Sarah Orne Jewett

13. “Do not hurry too fast in these early winter days, – a quiet hour is worth more to you than anything you can do in it.” Sarah Orne Jewett

14. “The growth of true friendship may be a lifelong affair.” Sarah Orne Jewett

15. “We have these instincts which defy all our wisdom and for which we never can frame any laws. They are powers which are imperfectly developed in this life, but one cannot help the thought that the mystery of this world may be the commonplace of the next.” Sarah Orne Jewett

16. “You never get over bein’ a child long’s you have a mother to go to.” Sarah Orne Jewett

17. “The process of falling in love at first sight is as final as it is swift in such a case, but the growth of true friendship may be a lifelong affair.” Sarah Orne Jewett

18. “This was one of those perfect New England days in late summer where the spirit of autumn takes a first stealing flight, like a spy, through the ripening country-side, and, with feigned sympathy for those who droop with August heat, puts her cool cloak of bracing air about leaf and flower and human shoulders.” Sarah Orne Jewett

19. “If you don’t keep and guard and mature your force, and above all, have time and quiet to perfect your work, you will be writing things not much better than you did five years ago, you must write to the human heart, the great consciousness that all humanity goes to make up. Otherwise what might be strength in a writer is only crudeness, and what might be insight is only observation, sentimemnt falls to sentimentality – you can write about life, but never write life itself.” Sarah Orne Jewett

20. “Tact is after all a kind of mind reading.” Sarah Orne Jewett

21. “When she walked she stretched out long and thin like a little tiger, and held her head high to look over the grass as if she were treading the jungle.” Sarah Orne Jewett

22. “It is not often given in a noisy world to come to the places of great grief and silence.” Sarah Orne Jewett

23. “A harbor, even if it is a little harbor, is a good thing, since adventurers come into it as well as go out, and the life in it grows strong, because it takes something from the world, and has something to give in return.” Sarah Orne Jewett

24. “In these days the young folks is all copy-cats, ‘fraid to death they won’t be all just alike, as for the old folks, they pray for the advantage o’ bein’ a little different.” Sarah Orne Jewett

25. “Tain’t worthwhile to wear a day all out before it comes.” Sarah Orne Jewett

26. “There was a patient look on the old man’s face, as if the world were a great mistake and he had nobody with whom to speak his own language or find companionship.” Sarah Orne Jewett

27. “A story should be managed so that it should suggest interesting things to the reader instead of the author’s doing all the thinking for him, and setting it before him in black and white.” Sarah Orne Jewett

28. “Imagination is the only true thing in the world!” Sarah Orne Jewett

29. “I’ve found that people who look at things as they are, and not as they wish them to be, are the ones who succeed.” Sarah Orne Jewett

31. “It does seem so pleasant to talk with an old acquaintance who knows what you know. I see so many new folks nowadays who seem to have neither past nor future. Conversation has got to have some root in the past, or else you have got to explain every remark you make, and it wears a person out.” Sarah Orne Jewett

32. “So we die before our own eyes, so we see some chapters of our lives come to their natural end.” Sarah Orne Jewett

33. “It is only unimaginative persons who can be really astonished. The imagination can always outrun the possible and actual sights and sounds of the world.” Sarah Orne Jewett

34. “You must find your own quiet center of life, and write from that to the world.” Sarah Orne Jewett

35. “Write it as it is, don’t try to make it like this or that. You can’t do it in anybody else’s way, you will have to make a way of your own.” Sarah Orne Jewett

I hope you enjoyed these Sarah Orne Jewett Quotes On Success. Do let us know which one was your favorite in the comments section below.