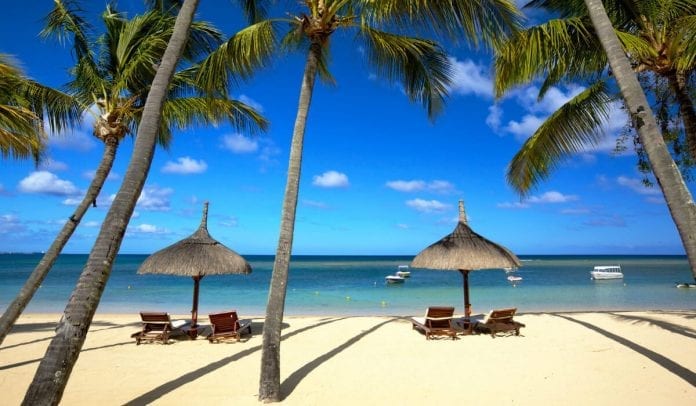 Steve Siebold is an internationally recognized expert in the field of mental toughness training. His Fortune 500 clients include Johnson & Johnson, Procter & Gamble, GlaxoSmithKline, Toyota and Harrah’s Entertainment. His first book, 177 Mental Toughness Secrets of the World Class, sold over 100,000 copies. As a professional speaker, Steve addresses approximately 60 live audiences per year and ranks among the top 1% of income earners worldwide. May his quotes inspire you to join the world-class individuals and live a life of greatness.

1. “One of the best ways to accomplish a goal is by creating a vision board.” Steve Siebold

2. “World Class leaders know the secret to motivating themselves and others is discovering what they will fight for when the going gets rough.” Steve Siebold

3. “Champions learn how to develop empowering beliefs and invest a substantial amount of time solidifying those beliefs, mostly through their own self-talk.” Steve Siebold

4. “Refuse to emotionally succumb to the negative events around you and tap your mental toughness to thrive in any environment. The good guy doesn’t always win and justice doesn’t always prevail but where you direct your mental energy will always determine your attitude and it will always be controlled by you.” Steve Siebold

5. “You’re either growing or dying. Stagnation does not exist in the universe.” Steve Siebold

6. “Developing a world-class vision is the secret to world-class motivation.” Steve Siebold

7. “Average people believe they must choose between a great family and being rich. Rich people know they can have it all.” Steve Siebold

8. “Winning isn’t everything but wanting to win is.” Steve Siebold

11. “The person earning a modest income is only a silver of awareness away from earning an outrageous income.” Steve Siebold

13. “Money is power, and you ought to be reasonably ambitious to have it.” Steve Siebold

14. “The masses love the lottery because deep down they believe it’s their only chance to get rich. The fact is, they’re probably right. Not because they’re not capable, but because they don’t have faith in their own abilities, and their beliefs about money limit their financial success.” Steve Siebold

15. “The rich understand money flows from ideas, and since ideas are limitless, money is limitless.” Steve Siebold

16. “In most cases, your net worth mirrors the level of your closet friends.” Steve Siebold

17. “Success, fulfillment, and happiness are the natural order of existence. This single belief drives the great ones to behave in ways that virtually guarantee their success.” Steve Siebold

19. “The biggest thing holding back most people from striking it big are their thoughts, beliefs, and philosophies about money.” Steve Siebold

20. “The masses think they aren’t worthy of great wealth. Who am I, they ask themselves, to become a millionaire? The truth is, in a capitalist country, you have every right to be rich if you’re willing to create massive value for others.” Steve Siebold

21. “The world-class appreciate and learn from the past while living in the present and dreaming of the future.” Steve Siebold

22. “Commit to investing at least one hour per day studying subjects that will help you move closer toward your ultimate vision.” Steve Siebold

23. “We become like the people we associate with, and that’s why winners are attracted to winners.” Steve Siebold

24. “Walk into a wealthy person’s home and one of the first things you’ll see is an extensive library of books they’ve used to educate themselves on how to become more successful. The middle class reads novels, tabloids, and entertainment magazines.” Steve Siebold

25. “The more excited the world-class get, the harder they work and the more they succeed. No one would ever strike it rich and live their dreams without huge expectations. Ancient wisdom says you get what you expect, yet many people decide to limit their lives to middle-class mediocrity in an effort to protect themselves from failure.” Steve Siebold

26. “Physical, psychological and emotional comfort is the primary goal of the middle-class mindset. World-class thinkers learn early on that becoming a millionaire isn’t easy and the need for comfort can be devastating. They learn to be comfortable while operating in a state of ongoing uncertainty.” Steve Siebold

27. “People who believe their best days are behind them rarely get rich, and often struggle with unhappiness and depression.” Steve Siebold

28. “Self-made millionaires get rich because they’re willing to bet on themselves and project their dreams, goals, and ideas into an unknown future.” Steve Siebold

29. “The masses are so focused on clipping coupons and living frugally they miss major opportunities. Even in the midst of a cash flow crisis, the rich reject the nickel-and-dime thinking of the masses. They are the masters of focusing their mental energy where it belongs: on the big money.” Steve Siebold

30. “The great ones are operating at a level of consciousness where fear doesn’t exist. At this level of thought, anything seems possible. Every dream that seems crazy to the masses looks surprisingly doable.” Steve Siebold

31. “The masses’ major goal with money is to retire at 65 and hopefully have enough money to survive until they die. The world-class, while often no more ambitious, set their sights on impacting the world with their wealth. It’s not that there aren’t world-class performers who punch a time clock for a paycheck, but for most this is the slowest path to prosperity, promoted as the safest. The great ones know self-employment is the fastest road to wealth.” Steve Siebold

32. “Instead of using your family as an excuse, use them as your primary motivation for making it happen.” Steve Siebold

33. “If you love your family, get rich and give them more of your time, plus opportunities only money can buy. Figure out a way to be more efficient with your time so you have plenty to spend with them while you’re doing it.” Steve Siebold

34. “The truth is you have to have great ideas that solve problems to make money. If you do, you will attract money like a magnet.” Steve Siebold