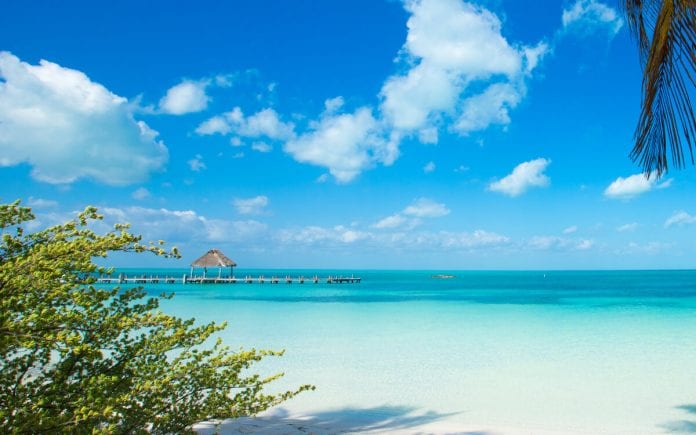 Steven George Gerrard MBE is an English professional football manager and former player who manages Scottish Premiership club Rangers. He spent the majority of his playing career as a central midfielder for Liverpool, with most of that time spent as club captain, as well as captaining the England national team. Widely regarded as one of the most exceptional midfielders of his generation, and one of Liverpool’s greatest ever players, Gerrard was awarded the UEFA Club Footballer of the Year award in 2005, and the Ballon d’Or Bronze Award. A versatile and well-rounded player, highly regarded for his leadership, Gerrard is the only footballer to score in an FA Cup Final, a League Cup Final, a UEFA Cup Final and a UEFA Champions League Final, winning on each occasion. Born in Whiston, Merseyside, Gerrard made his senior debut for Liverpool in 1998. In 2000–01, Gerrard helped Liverpool secure an unpredicted treble of cups, and after further cup success the next season, Gerrard was given the captaincy in 2003. In 2005, Gerrard led Liverpool to a fifth European title, being named Man of the Match as Liverpool came from 3–0 down to defeat Milan in what became known as the Miracle of Istanbul. The following year, Gerrard played in the 2006 FA Cup Final, which has been called The Gerrard Final. Both finals have since become widely regarded as amongst the greatest in the history of each competition. Gerrard won two FA Cups, three League Cups, the UEFA Champions League, UEFA Cup, FA Community Shield and UEFA Super Cup in his 17 seasons at Anfield. Despite collective and individual success, Gerrard never won the Premier League, finishing runner-up with Liverpool on three occasions. He joined Major League Soccer club LA Galaxy in 2015 where he spent one-and-a-half seasons before his retirement in 2016. May these Steven Gerrard Quotes On Success inspire you to take action so that you may live your dreams.

1. “We are Liverpool Football Club and the expectations are so high.” Steven Gerrard

2. “Kenny Dalglish is a hero of mine and is the best player to ever wear a red shirt.” Steven Gerrard

3. “It’s too easy to blame other people in football.” Steven Gerrard

4. “This club is all about winning trophies and we’ve got a chance of bringing the greatest trophy of them all back to Anfield, so it means a great deal obviously.” Steven Gerrard

5. “I think it all goes down to who plays the better football on the night.” Steven Gerrard

6. “I think we could do with being a little more adventurous in certain areas and push on that little bit more, while a bit of luck also wouldn’t go amiss.” Steven Gerrard

7. “Football is all about winning things as a team but it’s also important to pick up individual awards along the way.” Steven Gerrard

8. “I think everyone around the world knows the tools are there in England’s armoury to do well in a World Cup. The challenge is to go out there and prove it.” Steven Gerrard

9. “I have no regrets.” Steven Gerrard

10. “The Champions League is the competition everyone wants to be in.” Steven Gerrard

11. “My message to the fans would be that hopefully I can continue to perform as consistently as I have done this season and lift a trophy for them soon.” Steven Gerrard

12. “We need to forget about mistakes and take the positives.” Steven Gerrard

13. “I’m a fan myself and I’m frustrated just as much as them when we get beat.” Steven Gerrard

14. “I think every player listens out for his name being sung and it’s something I really enjoy.” Steven Gerrard

15. “I was always determined to make it as a footballer, but if things hadn’t worked out, I’d have maybe followed my dad into the building industry.” Steven Gerrard

16. “There is going to be a lot asked of me over the next few weeks but I am getting more experience now and learning all the time.” Steven Gerrard

17. “You’ve got to take responsibility and to do everything in your power to get results. Hopefully players look at that and try and follow it.” Steven Gerrard

18. “I share their frustration at times and I get down just like them when we suffer a bad result.” Steven Gerrard

19. “If other people want to talk about my future I can’t control that.” Steven Gerrard

20. “We were massive underdogs at the beginning of the competition and I’ll put my hands up say and I didn’t think we were going to go all the way. But, as you can see, we are never beaten. The manager told us to keep our chins up, to try and score early in the second half and give some respect for the fans. The first goal gave us a bit of belief. The supporters have saved up for weeks and months to come here. I am so happy to lift the cup for the fans.” Steven Gerrard

21. “But I think the Champions League Final puts a massive pressure on every player and the manager, but we’re enjoying the pressure and hopefully we can go there and win it.” Steven Gerrard

22. “I didn’t sleep with the European Cup but it was in my room! It was just special and I just had to have the cup with me, lifting the cup as Liverpool captain was just the best moment of my life.” Steven Gerrard

23. “Hopefully it’ll give us a bit of luck on the night, but I’m not really a superstitious person.” Steven Gerrard

24. “I have always applied myself the same for club and country.” Steven Gerrard

25. “It will be the proudest moment of my life leading Liverpool out. I’ve dreamed of this day since I was a kid, kicking a ball against the wall in the street where I lived. What could be better than leading Liverpool out for the Champions League final? Only lifting the trophy. We need everyone, all 11 players who start and the subs, to be ready to give everything. We need that mentality, when everyone has to put everything on the line for Liverpool. That is what it will take to win. We have to make sure we don’t have any regrets at the final whistle.” Steven Gerrard

26. “I’ve got absolutely no intention of ever going to play at another club.” Steven Gerrard

27. “Taking the lead, that was the hard part. To concede after that was a massive disappointment – not good enough.” Steven Gerrard

28. “There’s no doubt that the squad needs strengthening if we are to get back up among the top three because they are operating on another level to us at the moment.” Steven Gerrard

29. “107 caps isn’t bad for someone who isn’t ‘a top, top player’, is it? I never expected to get that amount of caps. When I made my debut, I set myself the personal target of trying to get 50 caps and score 10 goals if I could. So to have 107 is something I am really proud of, particularly being among those names.” Steven Gerrard

30. “The fans have played a massive part in getting us to where we are, but the job’s not finished.” Steven Gerrard

31. “I will be the one lifting that trophy, not Paolo Maldini. Imagine me hoisting the trophy. It is an image I have in my mind and I want to make it a reality. We have world-class players and, believe me, they are in the mood to do it. The atmosphere around the club at the moment is just top-class.” Steven Gerrard

33. “Loyalty doesn’t seem to be in the game that much these days where players leave their clubs which made them the stars they are today either to seek personal glory or fill their pockets. But one man serves as the epitome of club loyalty.” Steven Gerrard

34. “If you don’t play well, you have a bad game or a nightmare you know that the amount of coverage is worldwide.” Steven Gerrard

35. “I have played a lot of games, worked with a lot of these players and learnt an awful lot. I’ve got the knowledge and leadership qualities. So, it’s normal that under these circumstances that I got into coaching. I’m learning an awful lot.” Steven Gerrard

I hope you enjoyed these Steven Gerrard Quotes On Success. Do let us know which one was your favorite in the comments section below.