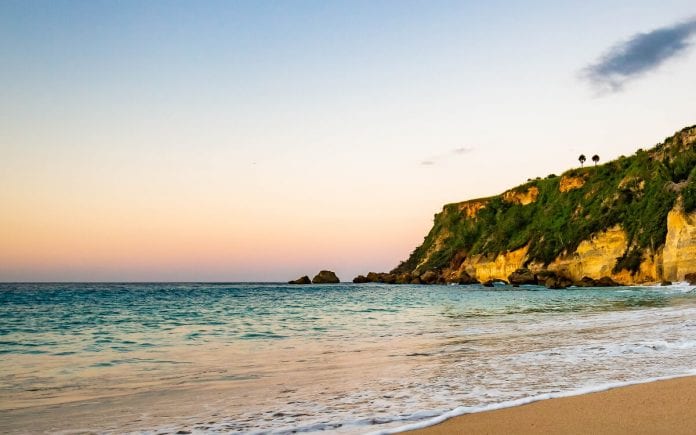 Timothy Walter Burton is an American filmmaker, animator, and artist. He is best known for his gothic fantasy and horror films such as Beetlejuice (1988), Edward Scissorhands (1990), The Nightmare Before Christmas (1993), Ed Wood (1994), Sleepy Hollow (1999), Corpse Bride (2005), Sweeney Todd: The Demon Barber of Fleet Street (2007), Dark Shadows (2012), and Frankenweenie (2012). He has directed blockbuster films, such as the adventure-comedy Pee-wee’s Big Adventure (1985), the superhero films Batman (1989) and Batman Returns (1992), the sci-fi film Planet of the Apes (2001), the fantasy-drama Big Fish (2003), the musical adventure film Charlie and the Chocolate Factory (2005), the fantasy film Alice in Wonderland (2010), and the film adaptation of Miss Peregrine’s Home for Peculiar Children (2016). May these Tim Burton Quotes On Success inspire you to take action so that you may live your dreams.

1. “To be honest, whatever troubles I’ve had, I’ve also gotten the opportunities to do things.” Tim Burton

2. “A lot of things you see as a child remain with you. You spend a lot of your life trying to recapture the experience.” Tim Burton

3. “I like the challenge of doing things you know that you maybe shouldn’t do.” Tim Burton

4. “I never sort of really regret anything because you make your choices and I like to stand by them.” Tim Burton

5. “One person’s crazyness is another person’s reality.” Tim Burton

6. “The good thing about animation is that you can affect it. If something is not working, then you just fix it.” Tim Burton

7. “Anybody with artistic ambitions is always trying to reconnect with the way they saw things as a child.” Tim Burton

8. “Don’t worry about how you ‘should’ draw it. Just draw it the way you see it.” Tim Burton

9. “If you’ve ever had that feeling of loneliness, of being an outsider, it never quite leaves you. You can be happy or successful or whatever, but that thing still stays within you.” Tim Burton

10. “When it comes to art and science, people don’t like a lot of either. Instead of being open to it, they’re closed off about it.” Tim Burton

12. “Visions are worth fighting for. Why spend your life making someone else’s dreams?” Tim Burton

13. “There’s something about seeing this little inanimate object coming to life that’s just very exciting. That’s why with ‘Nightmare’ I held out for so long to do it.” Tim Burton

14. “Johnny Depp is somebody I really love working with because he doesn’t care how he looks. He wants to become weird characters and I like that.” Tim Burton

15. “I am not a big technology person. I don’t go on the Internet really much at all. Drawing is like a zen thing; it’s private, which in this day and age is harder to come by.” Tim Burton

16. “Drawing is exercise for a restless imagination.” Tim Burton

17. “I’ve always been misrepresented. You know, I could dress in a clown costume and laugh with the happy people but they’d still say I’m a dark personality.” Tim Burton

18. “I find that the most special thing to me is if you’ve connected to people in some way: If someone comes up to you on the street and says something to you, and you know it’s meant something to them, and it’s connected to some project. That, I find, is amazing.” Tim Burton

19. “People told me I couldn’t kill Nicholson, so I cast him in two roles and killed him off twice.” Tim Burton

20. “Things that I grew up with stay with me. You start a certain way, and then you spend your whole life trying to find a certain simplicity that you had. It’s less about staying in childhood than keeping a certain spirit of seeing things in a different way.” Tim Burton

21. “When you don’t have many friends and you don’t have a social life you’re kind of left looking at things, not doing things. There’s a weird freedom in not having people treat you like you’re part of society or where you have to fulfill social relationships.” Tim Burton

22. “It’s good as an artist to always remember to see things in a new, weird way.” Tim Burton

23. “When I was growing up, Dr. Seuss was really my favorite. There was something about the lyrical nature and the simplicity of his work that really hit me.” Tim Burton

24. “Even if you’re doing something that the studio sends you, or something that’s based on a book or story, at the end of it all, you try to make whatever it is your own. This is based on my love of horror movies. Everything is based on something, in some way.” Tim Burton

25. “I’ve always been more comfortable making my decisions from the subconscious level, or more emotionally, because I find it is more truthful to me; Intellectually, I don’t think like that because I get uncomfortable.” Tim Burton

26. “Certain things leave you in your life and certain things stay with you. And that’s why we’re all interested in movies- those ones that make you feel, you still think about. Because it gave you such an emotional response, it’s actually part of your emotional make-up, in a way.” Tim Burton

27. “There’s something quite exciting when you have a history with somebody and you see them do new and different things.” Tim Burton

28. “Movies are like an expensive form of therapy for me.” Tim Burton

29. “I grew up watching monster movies and horror movies, which I felt were like fairy tales and I think this always spoke to me. Something about that is symbolism – the beauty and the magic which helps me work with film and start making modern fairy tales.” Tim Burton

30. “It’s hard to find logic in things sometimes. That’s why I can’t analyze things too much, because it often doesn’t make much sense.” Tim Burton

31. “Maybe it’s just in America, but it seems that if you’re passionate about something, it freaks people out. You’re considered bizarre or eccentric. To me, it just means you know who you are.” Tim Burton

32. “If I had a choice about going to a meeting at a studio or changing a nappy, I’d choose the nappy.” Tim Burton

33. “I have a problem when people say something’s real or not real, or normal or abnormal. The meaning of those words for me is very personal and subjective. I’ve always been confused and never had a clearcut understanding of the meaning of those kinds of words.” Tim Burton

34. “For me, fantasy has always been a means of exploring reality: it explores the fact that your internal life, your dreams and the weird images and the things that come to you are things that are actually important tools for dealing with real issues.” Tim Burton

I hope you enjoyed these Tim Burton Quotes On Success. Do let us know which one was your favorite in the comments section below.

Check Out Tim Burton: The Twisted Story Of The Eccentric Filmmaker: