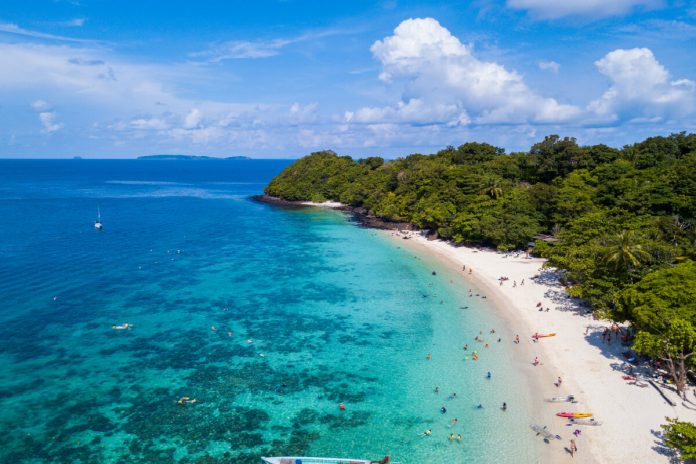 Zac Efron is an American actor. He began acting professionally in the early 2000s and rose to prominence in the late 2000s for his leading role as Troy Bolton in the High School Musical franchise. He has stared in many films such as Hairspray, 17 Again, New Year’s Eve, The Lucky One, The Paperboy, Neighbors, Dirty Grandpa, Neighbors 2: Sorority Rising, Baywatch, The Greatest Showman, Extremely Wicked, Shockingly Evil and Vile. May these Zac Efron Quotes On Success inspire you to take action so that you may live your dreams.

1. “There’s a way that you can throw negativity out there that seems rebellious. But I’ve always taken pleasure in a different kind of rebellion, which is putting a positive spin on everything, trying to enjoy myself at all times.” Zac Efron

2. “If you really want your hair to look good, just don’t wash it for a day. That’s my secret.” Zac Efron

3. “You can’t describe the feeling of being in love – when you meet someone who makes you a better person.” Zac Efron

4. “I’ve always cared about fashion and what I look like. I don’t like to spend a lot of money on designer clothes, but I do like to look good.” Zac Efron

5. “Great advice comes from people that have been around a lot longer than you.” Zac Efron

6. “I don’t know if I believe in love at first sight, but of course I believe in two people having chemistry right away. A girl should be really easy to talk to. When I lose track of time because we’ve been talking, I think that’s really fun.” Zac Efron

7. “Every actor has three versions of each scene – the one that you rehearse the night before, in your bedroom, the one you actually get to do when you’re filming, and then the one you wish you would have done, afterward.” Zac Efron

8. “I think the only real knowledge I had before I went to Iowa was what I learned from ‘Food Inc’. But once I got there and developed these extensive relationships with the farmers, I realized that we’re basically made of corn.” Zac Efron

9. “You don’t really know how beautiful a girl is, until you meet her, all her beauty is in her personality.” Zac Efron

10. “You always have to remember that bullies want to bring you down because you have something that they admire. Also, when you get made fun of when people point out your weaknesses, it’s an opportunity for you to rise above.” Zac Efron

11. “I think if you’re fame-hungry, go out to a nightclub and get drunk, why do that? I don’t understand how some people would want fame so bad that they’d go out and get negative attention to earn it.” Zac Efron

13. “High School Musical has been a blessing and a gift.” Zac Efron

14. “I’m very competitive by nature. And I like to be the underdog. It’s the best way to win. To come from behind and win is a great feeling.” Zac Efron

15. “Honesty is most important, and it’s difficult when you’re young and single and sort of figuring out your own life.” Zac Efron

16. “Think on your toes, use what’s around you, and come up with something organic and fun.” Zac Efron

17. “The more attention you give to the paparazzi, the more it just, like, validates everything.” Zac Efron

19. “Every day is a new experience and I take it as it comes.” Zac Efron

20. “There are a lot of people who can slide on talent their whole lives; they’re just naturally gifted. I’ve never considered myself one of those people. I enjoy outworking the opposition.” Zac Efron

22. “Fame is probably the most unadorable thing about acting.” Zac Efron

23. “I don’t like to live in fear about things like rumors and backlash to begin with – that’s the way I was raised.” Zac Efron

24. “I connect with people on a daily basis.” Zac Efron

25. “I believe in destiny. I believe destiny opens doors for you, but it’s up to you to walk through them.” Zac Efron

27. “If I splurge on anything, it’s cologne. I love smelling good.” Zac Efron

28. “I don’t think there are any rules in real face-to-face relationships or interactions. I think authenticity and being yourself is always, without a doubt, the best plan of action. Things happen differently when you’re actually here, so you can’t put out a general guideline that’s gonna show up in text and be interpreted. There are no rules. Just be yourself.” Zac Efron

29. “You can’t change how people treat you or what they say about you. All you can do is change how you react to it.” Zac Efron

30. “You always have something to learn from people who have been through more than you. Be open and receptive to what they know.” Zac Efron

31. “Sometimes you grow out of love.” Zac Efron

32. “It’s the moms who are overaggressive. A lot of times their daughters are very sweet and cordial, and the moms tend to grab you and scream and want to kiss you. You gotta watch out for the moms.” Zac Efron

33. “There’s no point in being scared of just trying.” Zac Efron

34. “The most important thing for me is honesty. Just be honest and upfront. I think that’s the hardest.” Zac Efron

35. “My advice to teens is to try and do something that scares you every day because it’s the only way you can test how far you can really go. Whether it’s going out and auditioning for the play or trying out for the basketball team, you have to explore your boundaries and see where you really want to go and the only way you can do that is to break out of your shell.“ Zac Efron

I hope you enjoyed these Zac Efron Quotes On Success. Do let us know which one was your favorite in the comments section below.