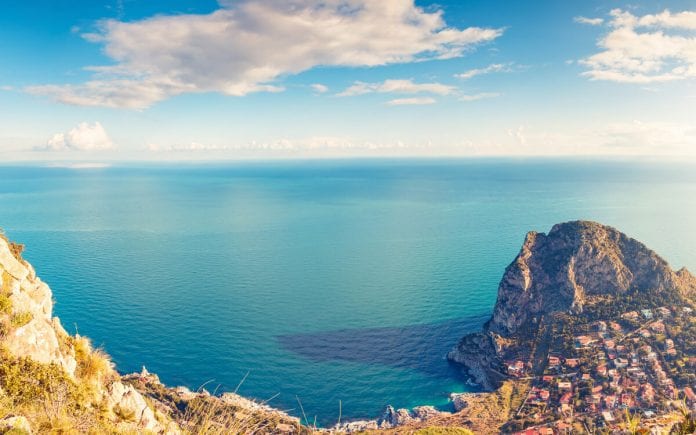 Dame Zaha Mohammad Hadid DBE RA was a British Iraqi architect, artist and designer, recognised as a major figure in architecture of the late 20th and early 21st centuries. Born in Baghdad, Iraq, Hadid studied mathematics as an undergraduate and then enrolled at the Architectural Association School of Architecture in 1972. She was described by The Guardian as the “Queen of the curve”, who, through her signature adoption of non-Euclidean geometries, “liberated architectural geometry, giving it a whole new expressive identity”. Her major works include the London Aquatics Centre for the 2012 Olympics, the Broad Art Museum, Rome’s MAXXI Museum, and the Guangzhou Opera House. Some of her awards have been presented posthumously, including the statuette for the 2017 Brit Awards. Several of her buildings were still under construction at the time of her death, including the Daxing International Airport in Beijing, and the Al Wakrah Stadium in Qatar, a venue for the 2022 FIFA World Cup. May these Zaha Hadid Quotes On Success inspire you to take action so that you may live your dreams.

1. “You have to really believe not only in yourself; you have to believe that the world is actually worth your sacrifices.” Zaha Hadid

2. “You really have to have a goal. The goal posts might shift, but you should have a goal. Know what it is you want to find out.” Zaha Hadid

3. “The idea for a building or an object can come up just as quick, but there is a big difference in process.” Zaha Hadid

4. “When I was growing up in Iraq, there was an unbroken belief in progress and a great sense of optimism. It was a moment of nation building.” Zaha Hadid

5. “Good education is so important. We do need to look at the way people are taught. It not just about qualifications to get a job. It’s about being educated.” Zaha Hadid

6. “You don’t always have to show art in what’s called a white box; you can have a kind of complexity within an exhibit which actually respects the art as well.” Zaha Hadid

7. “Yes, I’m a feminist, because I see all women as smart, gifted and tough.” Zaha Hadid

8. “Architecture is like writing. You have to edit it over and over so it looks effortless.” Zaha Hadid

9. “Education, housing and hospitals are the most important things for society.” Zaha Hadid

10. “Know what it is that you are trying to find out.” Zaha Hadid

11. “I always thought I was powerful, since I was a kid.” Zaha Hadid

12. “The beauty of the landscape – where sand, water, reeds, birds, buildings, and people all somehow flowed together – has never left me.” Zaha Hadid

14. “Being Iraqi taught me to be very cautious.” Zaha Hadid

16. “All the privileged can travel, see different worlds, not everyone can. I think it is important for people to have an interesting locale nearby.” Zaha Hadid

17. “Women are always told, ‘You’re not going to make it, its too difficult, you can’t do that, don’t enter this competition, you’ll never win it,’ – they need confidence in themselves and people around them to help them to get on.” Zaha Hadid

18. “I really believe in the idea of the future.” Zaha Hadid

19. “The world is looking more and more segmented, the difference between people is becoming greater.” Zaha Hadid

20. “I used to not like being called a ‘woman architect.’ I’m an architect, not just a woman architect. The guys used to tap me on the head and say ‘you’re OK for a girl.’ But I see an incredible amount of need from other women for reassurance that it can be done, so I don’t mind anymore.” Zaha Hadid

21. “It was such a depressing time. I didn’t look very depressed, maybe, but it was really dire. I made a conscious decision not to stop, but it could have gone the other way.” Zaha Hadid

22. “I don’t think that architecture is only about shelter, is only about a very simple enclosure. It should be able to excite you, to calm you, to make you think.” Zaha Hadid

23. “Architecture is how the person places herself in the space. Fashion is about how you place the object on the person.” Zaha Hadid

24. “Contrary to popular view, I’ve never been patronized in the Middle East. Men maybe treat women differently, but they do not treat them with disrespect. They don’t hate women. It’s a very different kind of mentality.” Zaha Hadid

25. “I think about architecture all the time. That’s the problem. But I’ve always been like that. I dream it sometimes.” Zaha Hadid

26. “Two years ago I focused on one apartment to see how many variations you can come up with in a given space with the same parameters. I would work on this repeatedly for days and you see that there is maybe seven hundred options for one space. This exercise gives you an idea of the degree at which you can interpret the organization of space, it is not infinite but it’s very large.” Zaha Hadid

27. “Architecture is really about well-being. I think that people want to feel good in a space. On the one hand it’s about shelter, but it’s also about pleasure.” Zaha Hadid

28. “A brilliant design will always benefit from the input of others.” Zaha Hadid

29. “People often ask me if I consider myself to be an architect, fashion designer, or artist. I’m an architect. The paintings I’ve done are very important to me, but they were part of a process of thinking and developing.” Zaha Hadid

30. “When you are overworked and exhausted, there is a sense of kind of delirium and that’s why I think architects do all-nighters and they kind of do those deadlines. For four days I remember doing four nights in one row with no sleep. I mean nobody, unless you are crazy, would do that, but you are totally focused on the project.” Zaha Hadid

31. “I have always appreciated those who dare to experiment with materials and proportions.” Zaha Hadid

32. “Indeed, our designs become more ambitious as we see the new possibilities created by the technology of other industries.” Zaha Hadid

33. “I’m trying to discover – invent, I suppose – an architecture, and forms of urban planning, that do something of the same thing in a contemporary way. I started out trying to create buildings that would sparkle like isolated jewels; now I want them to connect, to form a new kind of landscape, to flow together with contemporary cities and the lives of their peoples.” Zaha Hadid

34. “From my first days studying architecture at the architectural association, I have always been interested in the concept of fragmentation and with ideas of abstraction and explosion, where we were de-constructing ideas of repetitiveness and mass production.” Zaha Hadid

35. “You have to be very focused and work very hard, but it is not about working hard without knowing what your aim is!” Zaha Hadid

I hope you enjoyed these Zaha Hadid Quotes On Success. Do let us know which one was your favorite in the comments section below.