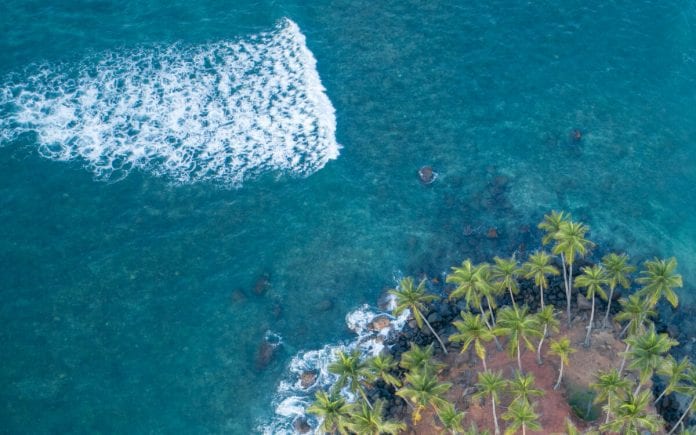 Instinct or innate behaviour is the inherent inclination of a living organism towards a particular complex behaviour. The simplest example of an instinctive behaviour is a fixed action pattern (FAP), in which a very short to medium length sequence of actions, without variation, are carried out in response to a corresponding clearly defined stimulus. May these Instinct Quotes On Success inspire you to take action so that you may live your dreams.

1. “Your mind knows only some things. Your inner voice, your instinct, knows everything. If you listen to what you know instinctively, it will always lead you down the right path.” Henry Winkler

2. “There can be no doubt that the average man blames much more than he praises. His instinct is to blame. If he is satisfied he says nothing; if he is not, he most illogically kicks up a row.” Golda Meir

3. “Fear is always there; it’s a survival instinct. You just need to know how to manage it.” Jimmy Chin

4. “Culture is our nature, and the ability to learn and change is our most important and fundamental instinct.” Alison Gopnik

5. “You must trust your instinct, intuition and judgment.” Rouben Mamoulian

6. “If you’re serious about what you’re doing, you’ve got to keep your head and follow your instinct. Maybe you won’t reach the same dizzy heights as others, but you will get something back.” Johny Lee Miller

7. “Instinct guides the animal better than the man. In the animal it is pure, in man it is led astray by his reason and intelligence.” Denis Diderot

9. “Reasoning at every step he treads, Man yet mistakes his way, Whilst meaner things, whom instinct leads, Are rarely known to stray.” William Cowper

10. “The very essence of instinct is that it’s followed independently of reason.” Charles Darwin

11. “It is just as important to set apart time for the development of our aesthetic faculties as for cultivating the money-getting instinct. A man cannot live by bread alone. His higher life demands an impalpable food.” Orison Swett Marden

12. “The instinct of ownership is fundamental in man’s nature.” Williams James

13. “Physical bravery is an animal instinct; moral bravery is much higher and truer courage.” Wendell Phillips

14. “They teach you some things, but football is instinct sometimes. You just get the ball, and sometimes you dribble past three players and pass it; other times, you can shoot from far away. It’s just instinct. If you feel something, just do it. I am free to do that.” Paul Pogba

15. “Every optimist moves along with progress and hastens it, while every pessimist would keep the worlds at a standstill. The consequence of pessimism in the life of a nation is the same as in the life of the individual. Pessimism kills the instinct that urges men to struggle against poverty, ignorance and crime, and dries up all the fountains of joy in the world.”  Helen Keller

16. “Retaliation is related to nature and instinct, not to law. Law, by definition, cannot obey the same rules as nature.” Albert Camus

17. “Sometimes instinct can be wrong. But sometimes it can be right too. And sometimes you just have to take it on faith.” Daisy Whitney

18. “The instinct to improve oneself materially is necessary for growth. It is at the fountain of the enterprising spirit which drives private enterprise.” Said Musa

19. “We humans have a powerful instinct to flee from peril. It takes a special kind of courage, a deep sense of duty, and extraordinary character to overcome these impulses and – for the sake of others – to run toward the danger.” William Barr

20. “Telling us to obey instinct is like telling us to obey ‘people.’ People say different things: so do instincts. Our instincts are at war. Each instinct, if you listen to it, will claim to be gratified at the expense of the rest.”

21. “Working hard to fulfill a dream or instinct and learning over time it doesn’t work, doesn’t mean a career is over and a reputation killed.” Bob Iger

22. “Fear is an instinct, like hunger or anger. We need it to help us survive, and it is nothing to be ashamed of. It lets us know whether we should fight or flee.” David Clement-Davies

23. “And so you touch this limit, something happens and you suddenly can go a little bit further. With your mind power, your determination, your instinct, and the experience as well, you can fly very high.” Ayrton Senna

24. “Improv requires one thing I lack that I think most mothers need – the basic instinct to put someone else first.” Jen Kirkman

25. “For all the talk you hear about knowledge being such a wonderful thing, instinct is worth forty of it for real unerringness.” Mark Twain

26. “My game is based on improvisation. Often, a forward does not have the time to think too much. You have a second, rarely more, to decide whether to dribble, shoot or pass to the right or left. It is instinct that gives the orders.” Ronaldinho

27. “You have first an instinct, then an opinion, then a knowledge, as the plant has root, bud, and fruit.” Ralph Waldo Emerson

28. “Just really, really believe in what you’re trying to do. Don’t let people alter that. Let people advise you and lead you down paths to make smart business decisions. But trust your instinct and trust that overwhelming drive that made you put all your dreams and everything on the line.” Luke Bryan

29. “An insatiable appetite for glory leads to sacrifice and death, but innate instinct leads to self-preservation and life.” Jose Marti

30. “The wise are instructed by reason, average minds by experience, the stupid by necessity and the brute by instinct.” Marcus Tullius Cicero

31. “I think people act on their emotions without thinking on them and one of our biggest faults as humans is our instinct to do that. I know I’ve done it. I’m trying to learn how to control that.” Lights

32. “Cleanliness and order are not matters of instinct; they are matters of education, and like most great things, you must cultivate a taste for them.” Benjamin Disraeli

33. “I, with a deeper instinct, choose a man who compels my strength, who makes enormous demands on me, who does not doubt my courage or my toughness, who does not believe me naive or innocent, who has the courage to treat me like a woman.” Anais Nin

34. “The instinct of self-preservation in human society, acting almost subconsciously, as do all drives in the human mind, is rebelling against the constantly refined methods of annihilation and against the destruction of humanity.” Bertha von Suttner

35. “Trust your own instinct. Your mistakes might as well be your own, instead of someone else’s.” Billy Wilder

I hope you enjoyed these Instinct Quotes On Success. Do let us know which one was your favorite in the comments section below.