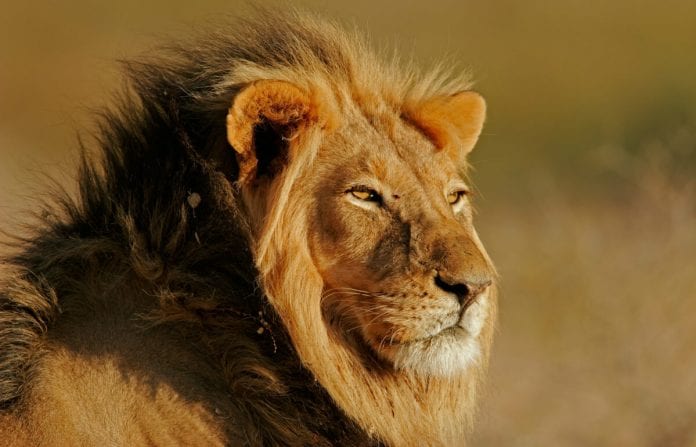 A Lion is a large wild animal of the cat family with yellowish-brown fur that lives in Africa and southern Asia; someone who is important, successful, or powerful. Lions are the only big cats to live in groups, called prides. Prides are close family groups. They work together to defend territory and hunt. Lions are symbols of strength and courage and have been celebrated throughout history for these characteristics. They are also common symbols for royalty and stateliness, hence the phrase ‘king of the jungle’. May these Lion Quotes On Success inspire you to take action so that you may live your dreams.

1. “A lion sleeps in the heart of every brave man.” Turkish Proverb

2. “A hungry lion does not stay hungry long.” Anonymous

3. “The truth is like a lion. You don’t have to defend it. It will defend itself.” St. Augustine

5. “A lion doesn’t concern himself with the opinion of a sheep.” Anonymous

6. “It’s better to be a lion for a day than a sheep all your life.” Elizabeth Kenny

7. “A lion doesn’t need to prove that it’s a threat, you already know what the lion is capable of.” Anonymous

10. “A lion is called a ‘king of beasts’ obviously for a reason.” Jack Hanna

12. “Watch out for people who are always bragging about who they are, a lion will never have to tell me it’s a lion.” Anonymous

14. “A lion runs the fastest when he is hungry.” Salman Khan

16. “Be like a lion and a wolf. Then you will have a big heart and the power of leadership.” Anonymous

17. “A lion leads the way and shows others what’s possible.” Asad Meah

18. “A lion who breaks the enemy’s ranks is a minor hero compared to the lion who overcomes himself.” Rumi

19. “This is not an end. It is a beginning. You will need the courage of a lion to face this journey.” Erin Hunter

22. “Rise to the occasion. Roar like a lion.” Alastair Reynolds

23. “The lion in you never retreats.” Proverb

24. “Love transforms our fear into courage like the once cowardly Lion of Oz.” Chris T. Atkinson

25. “Action is what awakens the lion within you.” Asad Meah

26. “A lion never stays down, they come back stronger.” Asad Meah

28. “The one excellent thing that can be learned from a lion is that whatever a man intends doing should be done by him with a whole-hearted and strenuous effort.” Chanakya

29. “With each new day in Africa, a gazelle wakes up knowing he must outrun the fastest lion or perish. At the same time, a lion stirs and stretches, knowing he must outrun the fastest gazelle or starve. It’s no different for the human race. Whether you consider yourself a gazelle or a lion, you have to run faster than others to survive.” Mohammed bin Rashid Al Maktoum

30. “If you want to be a lion, you must train with lions.” Carlson Gracie

31. “Never forget who you are – A lion, a king, a winner, a champion. You are destined for greatness.” Asad Meah

32. “Charity purifies your heart and makes you a lion.” Kishore Bansal

33. “Come out of the masses. Stand alone like a lion and live your life according to your own light.” Osho

34. “Have the heart of a lion, the skin of a rhino, and the soul of an angel.” Anonymous

I hope you enjoyed these Lion Quotes On Success. Do let us know which one was your favorite in the comments section below.

Check Out How To Become A Lion From Mitch Manly: