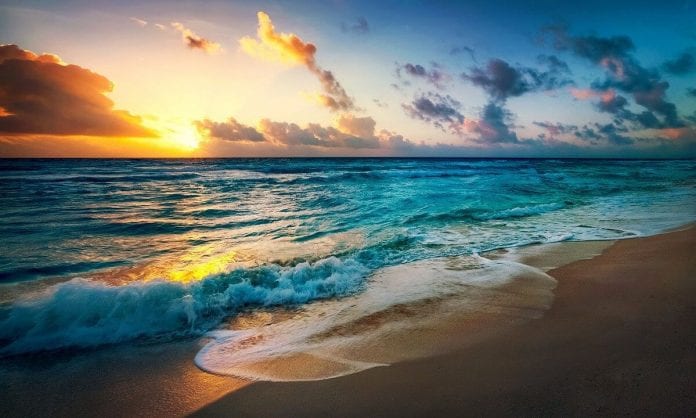 Marriage is a culturally recognised union between people, called spouses, that establishes rights and obligations between them, as well as between them and their children, and between them and their in-laws. The definition of marriage varies around the world, not only between cultures and between religions, but also throughout the history of any given culture and religion. Over time, it has expanded and also constricted in terms of who and what is encompassed. When defined broadly, marriage is considered a cultural universal. A marriage ceremony is called a wedding. May these Marriage Quotes inspire you to take action so that you may live your dreams.

1. “Marriage is another momentous life change. Choose right, and it might be the most positive decision you ever make.” Patrick Foley

2. “A happy marriage is a selfless journey in which the happiness of another person is essential to your own.” George & Yvonne Levy

3. “A good marriage is a contest of generosity.” Diane Sawyer

4. “Failure to develop and maintain a high level of trust, can lead any marriage or relationship into a whirlwind of problems.” Dr. Kenton D. Wiley

5. “Marriage is a huge investment: of time, of energy and of emotion. Protect and keep contributing to your investment.” Karen Gordon

6. “Few of us are able to be open and honest about our faults. Those who learn to do this gracefully make good marriage partners.” C.J. Kruse

9. “A happy marriage is the union of two good forgivers.” Robert Quillen

10. “The person you choose to marry will have a great influence in your life and in the decisions you make from the point of marriage onwards.” Peter Cain

11. “Marriage provides the solace of worked-on friendship and the joy of being known profoundly.” Imogene Stubbs

12. “A great marriage is not when the perfect couple comes together. It is when an imperfect couple learns to enjoy their differences.” Dave Meurer

13. “Your marriage is a glorious bond but don’t take it as an easy task. It is meant to be worked upon – similar to all of your other relationships.” Raymond Eido

14. “Marriage has the power to set the course of your life as a whole. If your marriage is strong, even if all the circumstances in your life around you are filled with trouble and weakness, it won’t matter. You will be able to move out into the world in strength.” Timothy Keller

15. “The difference between an ordinary marriage and an extraordinary marriage is in giving just a little extra every day, as often as possible, for as long as we both shall live.” Fawn Weaver

16. “A successful marriage isn’t the union of two perfect people. It’s that of two imperfect people who have learned the value of forgiveness and grace.” Darlene Schacht

17. “Marriage is the highest state of friendship. If happy, it lessens our cares by dividing them, at the same time that it doubles our pleasures by mutual participation.” Samuel Richardson

18. “Marriage is a form of discipline involving two people committing to a certain lifestyle and set of boundaries.” David Khalil

19. “Marriage makes you vulnerable and strong. It brings out the best and worst in you and then it changes you in ways you could have never expected. For the better.” Maggie Reyes

20. “Marriage is a mosaic you build with your spouse. Millions of tiny moments that create your love story.” Jennifer Smith

21. “Marriage is an exciting and eventful type of transition. Going from an independent individual to being responsible for someone else’s needs, wants, and wishes requires an enormous paradigm shift in thinking.” Robert Mitchell

22. “A good marriage is one which allows for change and growth in the individuals and in the way they express their love.” Pearl S. Buck

23. “A happy marriage is about three things: memories of togetherness, forgiveness of mistakes and a promise of never give up on each other.” Surabhi Surendra

24. “A happy marriage doesn’t mean you have a perfect spouse or a perfect marriage. It simply means you’ve chosen to look beyond the imperfections in both.” Fawn Weaver

25. “Marriage stands the test of times when both you and your spouse work towards making things better. And we are tested the most when we face adversities. If you can sail through the adversities as one, as a team, then you have won half the battle.” Unknown

26. “You simply cannot have a healthy marriage without trust. Remember that this trust has to be earned and can also be lost.” Ryan Tee

27. “No matter what the two of you have to face, it is possible to get through it together as long as you both have confidence in the marriage and in one another.” Tyler Green

28. “The great secret of successful marriage is to treat all disasters as incidents and none of the incidents as disasters.” Harold George Nicolson

29. “Marriage is our society’s most pro-child institution. If you want kids to do well, then you want marriage to do well.” David Blankenhorn

30. “The essence of marriage is companionship, and the woman you face across the coffee urn every morning for ninety-nine years must be both able to appreciate your jokes and to sympathize with your aspirations.” Elbert Hubbard

31. “If conflict over money is the number one source of marriage trouble, coming into agreement about finances becomes the number one opportunity to improve our relationships.” Jim Daly

32. “The secret to a happy marriage is if you can be at peace with someone within four walls, if you are content because the one you love is near to you, either upstairs or downstairs, or in the same room, and you feel that warmth that you don’t find very often, then that is what love is all about.” Bruce Forsyth

33. “In other relationships, people are different entities but in marriage, the couple is considered as one. This is what makes marriage a different kind of bond.” Mark McGrann

34. “Keep the fire lit in your marriage and your life will be filled with warmth.” Fawn Weaver

35. “Yes you want your wedding to be perfect, but that shouldn’t mean getting into financial trouble. It’s one day of your life whereas your marriage is forever.” Sandra Breeze

I hope you enjoyed these Marriage Quotes. Do let us know which one was your favorite in the comments section below.

Check Out 5 Secrets Of A Successful Marriage: