The Matrix is a 1999 science fiction action film written and directed by the Wachowskis that stars Keanu Reeves, Laurence Fishburne, Carrie-Anne Moss, Hugo Weaving, and Joe Pantoliano. It depicts a dystopian future in which humanity is unknowingly trapped inside a simulated reality, the Matrix, created by thought-capable machines (artificial beings) to distract humans while using their bodies as an energy source. When computer programmer Thomas Anderson, under the hacker alias ‘Neo’, uncovers the truth, he ‘is drawn into a rebellion against the machines’ along with other people who have been freed from the Matrix. The Matrix was first released in the United States on March 31, 1999, and grossed over $460 million worldwide. It was well-received by many critics and won four Academy Awards, as well as other accolades, including BAFTA Awards and Saturn Awards. The Matrix was praised for its innovative visual effects, cinematography and entertainment value. The film has since appeared in lists of the greatest science fiction films and was added to the National Film Registry for preservation in 2012. The success of the film led to the release of two feature film sequels in 2003, The Matrix Reloaded and The Matrix Revolutions, which were also written and directed by the Wachowskis. The Matrix franchise was further expanded, with the Wachowskis being heavily involved, through the production of comic books, video games, and animated short films. May these Matrix Quotes On Success inspire you to take action so that you may live your dreams.

1. “There is a difference between knowing the path and walking the path.” Morpheus

2. “You do not truly know someone until you fight them.” Matrix

3. “If real is what you can feel, smell, taste and see, then ‘real’ is simply electrical signals interpreted by your brain.” Matrix

4. “Being the one is just like being in love, no one can tell you you’re in love, you just know it.” The Oracle

5. “Remember, all I’m offering is the truth. Nothing more.” Morpheus

6. “Welcome to the desert of the real.” Morpheus

7. “I don’t know what he (Neo) can do to save us. But I do know that as long as there is a single breath left in his body he will not give up and neither can we.” Morpheus

8. “You have to understand, most of these people are not ready to be unplugged. And many of them are so inured, so hopelessly dependent on the system, that they will fight to protect it.” Morpheus

9. “You got the gift, but it looks like you’re waiting for something – your next life maybe, who knows?” The Oracle

10. “The real test for any choice is having to make the same choice again knowing fully well what it might cost.” Matrix

11. “Choice is an illusion created between those with power and those without.” Merovingian

12. “You have the look of a man who accepts what he sees because he is expecting to wake up. Ironically, that’s not far from the truth.” Morpheus

13. “You take the blue pill – the story ends, you wake up in your bed and believe whatever you want to believe. You take the red pill – you stay in Wonderland and I show you how deep the rabbit-hole goes.” Morpheus

14. “The body cannot live without the mind.” Morpheus

16. “To deny our own impulses is to deny the very thing that makes us human.” Matrix

17. “You ever have that feeling where you’re not sure if you’re awake or dreaming?” Neo

20. “We can never see past the choices we don’t understand.” Matrix

22. “Unfortunately, no one can be told what the Matrix is. You have to see it for yourself.” Morpheus

23. “Have you ever had a dream, Neo, that you were so sure it was real? What if you were unable to awake from that dream? How would you know the difference between the dream world and the real world?” Morpheus

25. “The Matrix is a system, Neo. That system is our enemy.” Morpheus

26. “The answer is out there, Neo, and it’s looking for you, and it will find you if you want it to.” Trinity

27. “I’m going to show them a world…. without you. A world without rules and controls, without borders or boundaries; a world where anything is possible. Where we go from there is a choice I leave to you.” Neo

31. “It is the question that drives us.” Matrix

32. “The Matrix is the world that has been pulled over your eyes to blind you from the truth.” Morpheus

33. “Have you ever stood and stared at it, marveled at its beauty, its genius? Billions of people just living out their lives, oblivious.” Agent Smith

35. “You have to let it all go. fear, doubt, and disbelief. Free your mind.” Morpheus

I hope you enjoyed these Matrix Quotes On Success. Do let us know which one was your favorite in the comments section below.

Check Out The Excellent Scene From The Matrix – Neo vs Morpheus: 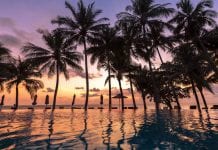 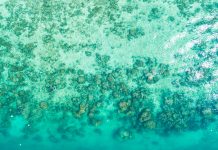 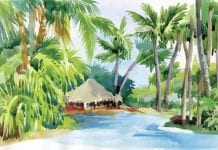 Bob Proctor’s The Art Of Living 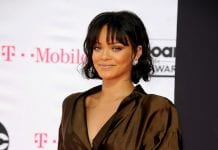