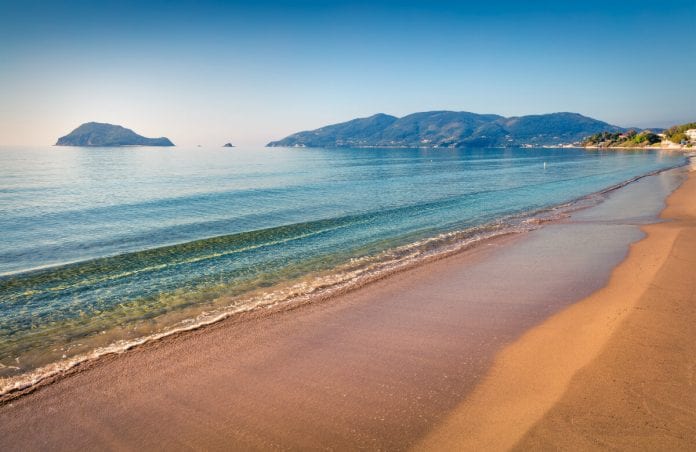 The ocean is such a beautiful place with many treasures that many of us take from granted, such as bringing inner peace, calmness and wisdom. May these Ocean Quotes On Success inspire you to appreciate the beauty of the ocean.

1. “If the ocean can calm itself, so can you. We are both salt water mixed with air.” Nayyirah Waheed

3. “The ocean has a life of its own. Its tides, whirlpools, currents and eddies are a testament to its conflicting emotions.” Anthony T. Hincks

4. “The ocean was magical to her, its depths and mysteries were boundless, its call irresistible.” Jeff Mariotte

5. “Summer is calling me with the music of an ocean breeze. I must go dance with the waves of love.” Debasish Mridha

6. “You must not lose faith in humanity. Humanity is like an ocean; if a few drops of the ocean are dirty, the ocean does not become dirty.” Mahatma Gandhi

8. “You will love the ocean. It makes you feel small, but not in a bad way. Small because you realize you are part of something bigger.” Lauren Myracle

9. “She loves the serene brutality of the ocean, loves the electric power she felt with each breath of wet, briny air.” Holly Black

10. “You can’t cross the ocean of life just by dreaming about it, you have to jump in and swim.” Debasish Mridha

11. “There’s nothing more beautiful than the way the ocean refuses to stop kissing the shoreline, no matter how many times it’s sent away.” Sarah Kay

12. “My soul is full of longing for the secret of the sea. And the heart of the great ocean sends a thrilling pulse through me.” Henry Wadsworth Longfellow

13. “Each kiss of an ocean wave is passed along, as long as there is life on and in the seas.” Anthony T. Hincks

14. “The ocean makes me feel really small and it makes me put my whole life into perspective.” Beyonce

15. “A river starts by longing for the ocean.” Will Advise

16. “What would an ocean be without a monster lurking in the dark? It would be like sleep without dreams.” Werner Herzog

17. “If we look at the ocean in a calm, there is something imposing in its aspect; stretched out in its sleeping tranquility, but looking fearfully deep, and its silence seems like that of the lion when crouching for its prey.” Jenny M Parker

19. “If you want to hear the distant voice of the ocean put your ear to the lips of a seashell.” Curtis Tyrone Jones

20. “Just think of any negativity that comes at you as a raindrop falling into the ocean of your bliss.” Maharishi Mahesh Yogi

21. “If peace flows like a river, may it flow into the ocean of our souls.” J. Autherine

22. “Every time I slip into the ocean, it’s like going home.” Sylvia Earle

23. “‎I have always been fascinated by the ocean, to dip a limb beneath its surface and know that I’m touching eternity, that it goes on forever until it begins here again.” Lauren DeStefano

24. “The ocean is a central image. It is the symbolism of a great journey.” Enya

25. “Far and away, the greatest threat to the ocean, and thus to ourselves, is ignorance. But we can do something about that.” Sylvia Earle

26. “We know only too well that what we are doing is nothing more than a drop in the ocean. But if the drop were not there, the ocean would be missing something.” Mother Teresa

27. “The ocean is a mighty harmonist.” William Wordsworth

28. “I pray to be like the ocean, with soft currents, maybe waves at times. More and more, I want the consistency rather than the highs and the lows.” Drew Barrymore

29. “I was always an unusual girl. My mother told me I had a chameleon soul, no moral compass pointing due north, no fixed personality; just an inner indecisiveness that was as wide and as wavering as the ocean.” Lana Del Rey

30. “I am the shore and the ocean, awaiting myself on both sides.” Dejan Stojanovic

31. “Being out there in the ocean, God’s creation, it’s like a gift He has given us to enjoy.” Bethany Hamilton

32. “I’m happy anywhere I can see the ocean.” Anonymous

33. “The ocean is everything I want to be. Beautiful, mysterious, wild, and free.” Anonymous

34. “I love the ocean. I’ve always liked the blue, so tranquil and peaceful and gliding. And the fear of it.” Siouxsie Sioux

35. “The ocean is this beautiful, unexplored place. Why on earth everyone isn’t down there, I don’t know.” Graham Hawkes

I hope you enjoyed these Ocean Quotes On Success. Do let us know which one was your favorite in the comments section below.

Check Out Why The Ocean Is Still Unexplored From Unveiled: