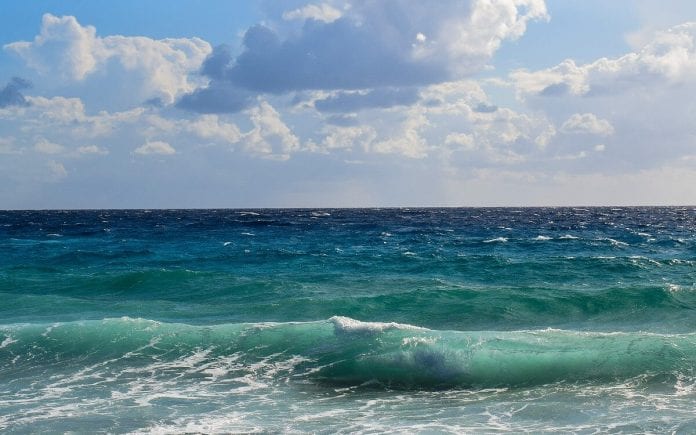 Sheep are quadrupedal, ruminant mammals typically kept as livestock. Like most ruminants, sheep are members of the order Artiodactyla, the even-toed ungulates. Although the name sheep applies to many species in the genus Ovis, in everyday usage it almost always refers to Ovis aries. May these Sheep Quotes inspire you to take action so that you may live your dreams.

1. “You are human, so stop acting as if though you are a sheep and start thinking for yourself.” Stephen Richards

2. “If the freedom of speech is taken away then dumb and silent we may be led, like sheep to the slaughter.” George Washington

3. “It’s better to be a lion for a day than a sheep all your life.” Elizabeth Kenny

4. “Do exactly the opposite of what the sheep are doing in order to become the shepherd.” Marshall Sylver

6. “The race of man, while sheep in credulity, are wolves for conformity.” Carl Van Doren

7. “It is useless for the sheep to pass resolutions in favor of vegetarianism, while the wolf remains of a different opinion.” William Inge

8. “In order to be an immaculate member of a flock of sheep, one must above all be a sheep oneself.” Albert Einstein

10. “Ideas are easy. It’s the execution of ideas that really separates the sheep from the goats.” Sue Grafton

11. “Work – other people’s work – is an intolerable idea to a cat. Can you picture cats herding sheep or agreeing to pull a cart? They will not inconvenience themselves to the slightest degree.” Louis J. Camuti

12. “Rich people without wisdom and learning are but sheep with golden fleeces.” Solton

13. “Men are like sheep, of which a flock is more easily driven than a single one.” Richard Whately

14. “Democracy must be something more than two wolves and a sheep voting on what to have for dinner.” James Bovard

15. “Be yourself. If you’re not yourself, who are you? But take advice; listen to people. If you’re not listening, you’re lost. You’re a sheep among wolves.” Craig David

16. “Sheep only need a single flock, but people need two: one to belong to and make them feel comfortable, and another to blame all of society’s problems on.” James Rozoff

17. “Every man can tell how many goats or sheep he possesses, but not how many friends.” Marcus Tullius Cicero

18. “Everyone’s like sheep on social media; like, one person starts making noise, and everyone’s like, ‘Hey, yeah!’ and then you got a whole bunch of people making noise at you.” Earl Sweatshirt

19. “We laugh at sheep because sheep just follow the one in front. We humans have out-sheeped the sheep, because at least the sheep need a sheep dog to keep them in line. Humans keep each other in line. And they do it by ridiculing or condemning anyone who commits the crime, and that’s what it’s become, of being different.” David Icke

20. “Without tradition, art is a flock of sheep without a shepherd. Without innovation, it is a corpse.” Winston Churchill

21. “To create man was a quaint and original idea, but to add the sheep was tautology.” Mark Twain

23. “The shepherd always tries to persuade the sheep that their interests and his own are the same.” Stendhal

24. “Make yourself sheep and the wolves will eat you.” Benjamin Franklin

25. “The shepherd drives the wolf from the sheep’s throat, for which the sheep thanks the shepherd as his liberator, while the wolf denounces him for the same act as the destroyer of liberty. Plainly, the sheep and the wolf are not agreed upon a definition of liberty.” Abraham Lincoln

26. “A nation of sheep will beget a government of wolves.” Edward R. Murrow

27. “It is madness for sheep to talk peace with a wolf.” Thomas Fuller

28. “Just because you want to be glamorous, don’t be a sheep about your eye makeup.” Loretta Young

29. “No sheep wants to be first through the gate, but every sheep will be second.” Tucker Max

30. “It is not part of a true culture to tame tigers, any more than it is to make sheep ferocious.” Henry David Thoreau

31. “If a wolf attacks his sheep, the shepard kills the wolf, but he eats the sheep when he’s hungry.” Charlie Higson

32. “Like sheep that get lost nibbling away at the grass because they never look up, we often focus so much on ourselves and our problems that we get lost.” Allen Klein

34. “It never troubles the wolf how many the sheep may be.” Virgil

35. “Blaming the wolf would not help the sheep much. The sheep must learn not to fall in the clutches of the wolf.” Mahatma Gandhi

I hope you enjoyed these Sheep Quotes. Do let us know which one was your favorite in the comments section below.

Check Out 6 Steps For Successful Out-Of-Season Breeding in Sheep: