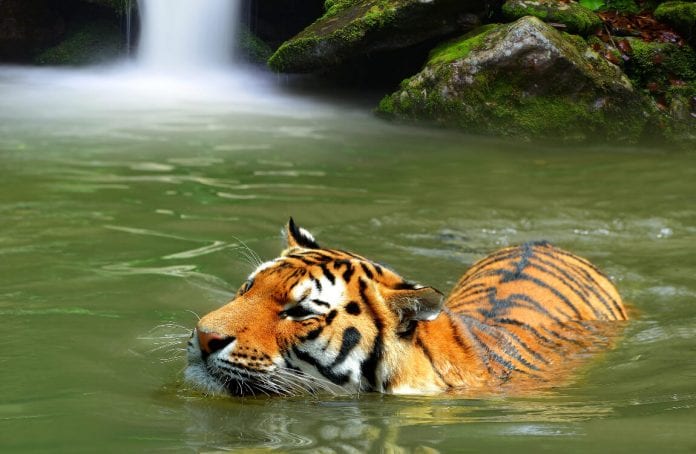 The Tiger is the largest living cat species and a member of the genus Panthera. It is most recognisable for its dark vertical stripes on orange-brown fur, with a lighter underside. It is an apex predator, primarily preying on ungulates such as deer and wild boar. It is territorial, and generally a solitary but social predator, requiring large contiguous areas of habitat, which support its requirements for prey and rearing of its offspring. Tiger cubs stay with their mother for about two years, before they become independent and leave their mother’s home range to establish their own. May these Tiger Quotes On Success inspire you to take action so that you may live your dreams.

1. “I feel like a tiger right now. There’s nothing impossible if you get up and work for it.” Michael Flatley

2. “Better to live one year as a tiger, than a hundred as a sheep.” Madonna

3. “The tiger lies low not from fear, but for aim.” Sherrilyn Kenyon

4. “Tough toenails, tiger. What you want and what you get are usually two entirely different things.” Nicholas Sparks

5. “If you rile a tiger, he’s going to show his claws.” Rob James-Collier

6. “There is no off switch on a tiger.” German Proverb

7. “The most difficult thing is the decision to act, the rest is merely tenacity. The fears are paper tigers. You can do anything you decide to do. You can act to change and control your life; and the procedure, the process is its own reward.” Amelia Earhart

10. “A tiger does not shout its tigritude, it acts.” Wole Soyinka

11. “A tiger does not ignore or slight any small animal. The way he catches a mouse and catches and devours a cow are the same.” Shunryu Suzuki

12. “There has to be absolute trust between the tiger and its master, but its master must be the master – there must be no mistake about that.” Ridley Scott

13. “Those who foolishly sought power by riding the back of the tiger ended up inside.” John F. Kennedy

16. “The tigers of wrath are wiser than the horses of instruction.” William Blake

17. “I have both English bulldog determination and Bengal tiger strength.” Bikram Choudhury

18. “No man can tame a tiger into a kitten by stroking it.” Franklin D. Roosevelt

19. “The most magnificent creature in the entire world, the tiger is.” Jack Hanna

20. “We are all a tiger with feelings. An elephant who never forgets. We are tiger, panther, monkey – we are all of these things, all of the life rhythms.” Ruby Dee

21. “The long run is what puts the tiger in the cat.” Bill Squires

22. “It is not part of a true culture to tame tigers, any more than it is to make sheep ferocious.” Henry David Thoreau

23. “The tiger will never lie down with the lamb. He acknowledges no pact that is not reciprocal. The lamb must learn to run with the tigers.” Angela Carter

24. “He who rides a tiger is afraid to dismount.” Chinese Proverb

27. “Tiger parenting is all about raising independent, creative, courageous kids. In America today, there’s a dangerous tendency to romanticize creativity in a way that may undermine it.” Amy Chua

28. “A wounded tiger is a dangerous beast.” Arthur Golden

29. “The impact of an attacking tiger can be compared to that of a piano falling on you from a second story window. But unlike the piano, the tiger is designed to do this, and the impact is only the beginning.” John Vaillant

30. “An infallible method of conciliating a tiger is to allow oneself to be devoured.” Konrad Adenauer

31. “A tiger never returns to his prey he did not finish off.” Chinese Proverb

32. “Once more unto the breach, dear friends, once more; Or close the wall up with our English dead! In peace there’s nothing so becomes a man As modest stillness and humility: But when the blast of war blows in our ears, Then imitate the action of the tiger.” William Shakespeare

33. “The tiger will see you a hundred times before you see him once.” John Vaillant

34. “Unless you enter the tiger’s lair, you cannot get hold of the tiger’s cub’s.” Sun Tzu

35. “Some people regard private enterprise as a predatory tiger to be shot. Others look on it as a cow they can milk. Not enough people see it as a healthy horse, pulling a sturdy wagon.” Winston Churchill

I hope you enjoyed these Tiger Quotes On Success. Do let us know which one was your favorite in the comments section below. 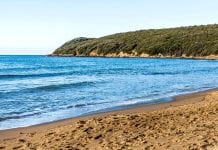