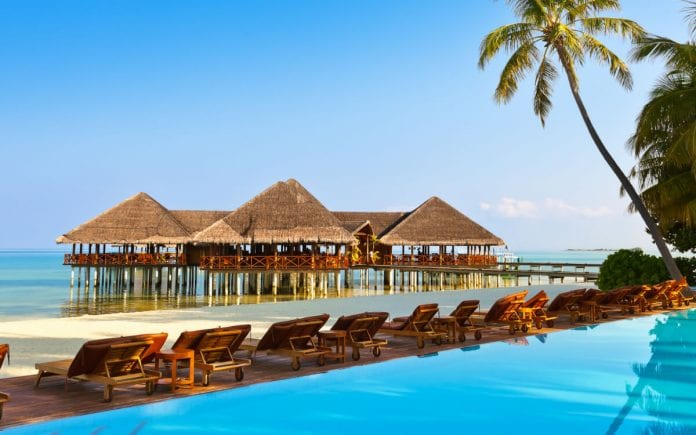 Hugh Michael Jackman is an Australian actor, singer, and producer. He is best known for playing Wolverine in the X-Men film series from 2000 to 2018, a role for which he holds the Guinness World Record for “longest career as a live-action Marvel superhero”. Jackman is also recognised for his lead roles in films such as the romantic comedy Kate & Leopold (2001), the action film Van Helsing (2004), the drama The Prestige (2006), the fantasy drama The Fountain (2006), the period romance Australia (2008), the film version of Les Misérables (2012), the thriller Prisoners (2013), and the musical The Greatest Showman (2017), for which he received a Grammy Award for Best Soundtrack Album. For playing Jean Valjean in Les Misérables, he was nominated for the Academy Award for Best Actor and won the Golden Globe Award for Best Actor – Motion Picture Musical or Comedy. May these Hugh Jackman Quotes On Success inspire you to take action so that you may live your dreams.

1. “I’m the best there is at what I do, but what I do isn’t very nice. I am the wolverine.” Hugh Jackman

2. “When your dreams becoming reality, they’re no longer your dreams.” Hugh Jackman

3. “Giving people a hand up, not a handout, is the way forward.” Hugh Jackman

4. “Sometimes you have to go places with characters and emotions within yourself you don’t want to do, but you have a duty to the story and as a storyteller to do it.” Hugh Jackman

6. “Anyone who thinks they’re indispensable is fooling themselves.” Hugh Jackman

7. “With age, you see people fail more. You see yourself fail more. How do you keep that fearlessness of a kid? You keep going. Luckily, I’m not afraid to make a fool of myself.” Hugh Jackman

8. “I’m quite a competitive person, so I do quite like to win.” Hugh Jackman

9. “As you get older you have more respect and empathy for your parents. Now I have a great relationship with both of them.” Hugh Jackman

10. “In my whole life, I felt like an animal. I ignored my instincts, and I ignored what I really am. And that won’t ever happen again.” Hugh Jackman

11. “The definition of being good is being able to make it look easy.” Hugh Jackman

12. “Coming to terms with our true natures and who we really are, has always been a fascination to humans. I know it fascinates me.” Hugh Jackman

13. “I’ve never heard my dad say a bad word about anybody. He always keeps his emotions in check and is a true gentleman. I was taught that losing it was indulgent, a selfish act.” Hugh Jackman

14. “Meditation is all about the pursuit of nothingness. It’s like the ultimate rest. It’s better than the best sleep you’ve ever had. It’s a quieting of the mind. It sharpens everything, especially your appreciation of your surroundings. It keeps life fresh.” Hugh Jackman

15. “You know, sometimes when you cage the beast, the beast gets angry.” Hugh Jackman

16. “Nobody suddenly discovers anything. Things are made slowly and in pain.” Hugh Jackman

17. “I can look back on my life, where there have been moments where things might have gone the other way. Everything is like stepping stones, and I’ve seen people I admire falter. We’re all vulnerable.” Hugh Jackman

18. “As a boy, I’d always had an interest in theatre. But the idea at my school was that drama and music were to round out the man. It wasn’t what one did for a living. I got over that.” Hugh Jackman

19. “To get down to the quick of it, respect motivates me – not success.” Hugh Jackman

20. “What I respect as far as in myself and in others is the spirit of just doing it. For better or worse, it may work and it may not, but I’m going to go for it. Ultimately I probably prefer to be respected for that than whether it works out or not, either winning or losing.” Hugh Jackman

22. “Because I believe actually the more you do something, the less frightening it becomes because you start to realize the outcome is not as important as you think.” Hugh Jackman

24. “I have two kids, career and I travel, and I don’t think my life is any different than most couples. The most valuable commodity now for many people is time and how to parcel that out.” Hugh Jackman

25. “The longer it takes you to become successful, the harder it will be for somebody else to take it away from you.” Hugh Jackman

26. “There comes a certain point in life when you have to stop blaming other people for how you feel or the misfortunes in your life. You can’t go through life obsessing about what might have been.” Hugh Jackman

27. “I’ve always felt that if you back down from a fear, the ghost of that fear never goes away. It diminishes people.” Hugh Jackman

28. “I treat auditions like I treated my first dates. It’s an opportunity to get to know a stranger and to learn from each other.” Hugh Jackman

29. “I truly believe that the job of an actor and the drive of an actor is simulating the internal journey in life which is to get deeper and deeper into our understanding of who we are.” Hugh Jackman

30. “Civilize the mind, but make savage the body.” Hugh Jackman

31. “If you accept the pain, it cannot hurt you.” Hugh Jackman

32. “The word philosophy sounds high-minded, but it simply means the love of wisdom. If you love something, you don’t just read about it; you hug it, you mess with it, you play with it, you argue with it.” Hugh Jackman

33. “Becoming a father, I think it inevitably changes your perspective of life. I don’t get nearly enough sleep. And the simplest things in life are completely satisfying. I find you don’t have to do as much, like you don’t go on as many outings.” Hugh Jackman

34. “I think the most interesting question is, why do you act? I act because I have felt in acting some of the most free moments of my life. I think it’s also one thing that scares me the most.” Hugh Jackman

I hope you enjoyed these Hugh Jackman Quotes On Success. Do let us know which one was your favorite in the comments section below.