Charles Dickens was an English writer and social critic. He created some of the world’s best-known fictional characters and is regarded by many as the greatest novelist of the Victorian era. His works enjoyed unprecedented popularity during his lifetime, and by the 20th century, critics and scholars had recognized him as a literary genius. His novels and short stories are still widely read today. Born in  Portsmouth, Dickens left school to work in a factory when his father was incarcerated in a debtors’ prison. Despite his lack of formal education, he edited a weekly journal for 20 years, wrote 15 novels, five novellas, hundreds of short stories and non-fiction articles, lectured and performed readings extensively, was an indefatigable letter writer, and campaigned vigorously for children’s rights, education, and other social reforms. Dickens’s literary success began with the 1836 serial publication of The Pickwick Papers. Within a few years he had become an international literary celebrity, famous for his humor, satire, and keen observation of character and society. His novels, most published in monthly or weekly installments, pioneered the serial publication of narrative fiction, which became the dominant Victorian mode for novel publication. Cliffhanger endings in his serial publications kept readers in suspense. The installment format allowed Dickens to evaluate his audience’s reaction, and he often modified his plot and character development based on such feedback. His 1843 novella A Christmas Carol remains especially popular and continues to inspire adaptations in every artistic genre. Oliver Twist and Great Expectations are also frequently adapted and, like many of his novels, evoke images of early Victorian London. His 1859 novel A Tale of Two Cities (set in London and Paris) is his best-known work of historical fiction. The most famous celebrity of his era, public demand saw him undertake a series of public reading tours in the later part of his career. Dickens has been praised by many of his fellow writers—from Leo Tolstoy to George Orwell, G. K. Chesterton, and Tom Wolfe—for his realism, comedy, prose style, unique characterizations,  and social criticism. May these Charles Dickens Quotes On Success inspire you to take action so that you may live your dreams.

1. “Family not only needs to consist of merely those whom we share blood, but also of those whom we’d give blood.” Charles Dickens

2. “I must be taken as I have been made. The success is not mine, the failure is not mine, but the two together make me.” Charles Dickens

3. “Suffering has been stronger than all other teaching, and has taught me to understand what your heart used to be. I have been bent and broken, but I hope, into a better shape.” Charles Dickens

4. “A day wasted on others is not wasted on one’s self.” Charles Dickens

6. “We need never be ashamed of our tears.” Charles Dickens

7. “There are dark shadows on the earth, but its lights are stronger in the contrast.” Charles Dickens

8. “No one is useless in this world who lightens the burdens of another.” Charles Dickens

9. “One always begins to forgive a place as soon as it’s left behind.” Charles Dickens

10. “Reflect upon your present blessings of which every man has many – not on your past misfortunes, of which all men have some.” Charles Dickens

12. “A loving heart is the truest wisdom.” Charles Dickens

15. “Ask no questions, and you’ll be told no lies.” Charles Dickens

17. “The whole difference between construction and creation is exactly this: that a thing constructed can only be loved after it is constructed; but a thing created is loved before it exists.” Charles Dickens

19. “I admire machinery as much as any man, and am as thankful to it as any man can be for what it does for us. But it will never be a substitute for the face of a man, with his soul in it, encouraging another man to be brave and true.” Charles Dickens

20. “A word in earnest is as good as a speech.” Charles Dickens

21. “A silent look of affection and regard when all other eyes are turned coldly away – the consciousness that we possess the sympathy and affection of one being when all others have deserted us – is a hold, a stay, a comfort, in the deepest affliction, which no wealth could purchase, or power bestow.” Charles Dickens

22. “It is a melancholy truth that even great men have their poor relations.” Charles Dickens

23. “Fan the sinking flame of hilarity with the wing of friendship.” Charles Dickens

24. “It is because I think so much of warm and sensitive hearts, that I would spare them from being wounded.” Charles Dickens

25. “Heaven knows we need never be ashamed of our tears, for they are rain upon the blinding dust of earth, overlying our hard hearts.” Charles Dickens

26. “There are chords in the human heart – strange, varying strings – which are only struck by accident; which will remain mute and senseless to appeals the most passionate and earnest, and respond at last to the slightest casual touch.” Charles Dickens

27. “Happiness is a gift and the trick is not to expect it, but to delight in it when it comes.” Charles Dickens

28. “Every traveler has a home of his own, and he learns to appreciate it the more from his wandering.” Charles Dickens

29. “There was a long hard time when I kept far from me the remembrance of what I had thrown away when I was quite ignorant of its worth.” Charles Dickens

30. “Never close your lips to those whom you have already opened your heart.” Charles Dickens

31. “I hope that real love and truth are stronger in the end than any evil or misfortune in the world.” Charles Dickens

32. “There is nothing in the world so irresistibly contagious as laughter and good humor.” Charles Dickens

33. “The pain of parting is nothing to the joy of meeting again.” Charles Dickens

34. “Take nothing on its looks; take everything on evidence. There’s no better rule.” Charles Dickens

35. “We forge the chains we wear in life.” Charles Dickens

36. “The most important thing in life is to stop saying ‘I wish’ and start saying ‘I will’. Consider nothing impossible, then treat possibilities as probabilities.” Charles Dickens

37. “The first rule of business; treat others like they want to treat you.” Charles Dickens

39. “I only ask to be free. The butterflies are free.” Charles Dickens

40. “There are talkers enough among us; I’ll be one of the doers.” Charles Dickens

I hope you enjoyed these Charles Dickens Quotes On Success. Do let us know which one was your favorite in the comments section below.

Check Out Literature – Charles Dickens From The School Of Life: 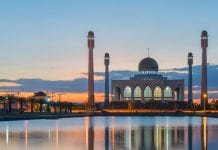 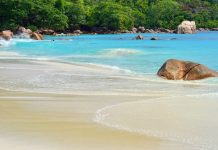 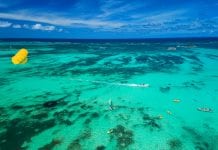 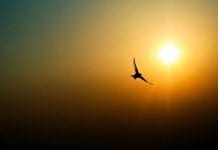