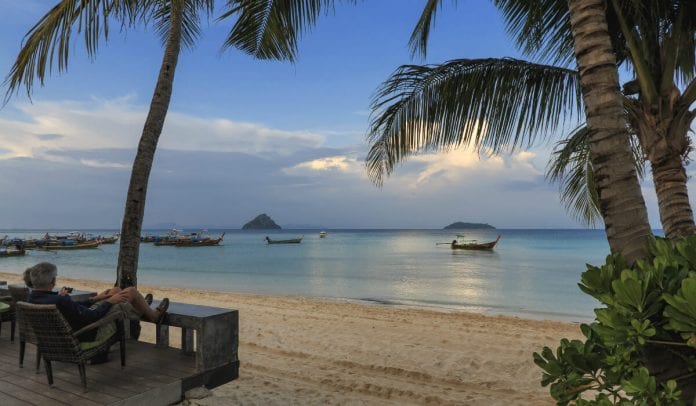 David Goggins is an American ultramarathon runner, ultra-distance cyclist, triathlete, motivational speaker and author. He is a retired United States Navy SEAL and former United States Air Force Tactical Air Control Party member who served in the War in Afghanistan and the Iraq War. He is a former world record holder for the most pull-ups done in 24 hours. His self-help memoir, Can’t Hurt Me, was released in 2018. May these David Goggins Quotes On Success inspire you to take action so that you may live your dreams.

1. “The only person who was going to turn my life around was me. The only way I could get turned around was to put myself through the worst things possible that a human being could ever endure.” David Goggins

2. “You gotta start your journey. It may suck, but eventually you will come out the other side on top.” David Goggins

3. “The things that we decide to run from are the truth. When you make excuses, you’re running from the truth.” David Goggins

4. “The mind is the most powerful thing in the world. The mind has capabilities that are so unknown, and being able to tap into that is on the other side of suffering.” David Goggins

5. “The only way that you’re ever going to get to the other side of this journey is by suffering. You have to suffer in order to grow. Some people get it, some people don’t.” David Goggins

8. “My happiness is my reflection on the suffering during my journey and knowing that I never quit nor was I guided by anybody on this earth.” David Goggins

9. “We all want to take this four-lane highway, but we always step over the shovel. All I did was pick up that shovel and made my own path.” David Goggins

10. “The only reason why I became successful was because I went towards the truth. As painful and as brutal as it is, it changed me. It allowed me, in my own right, to become the person who I am today.“ David Goggins

11. “If you can get through doing things that you hate to do, on the other side is greatness.” David Goggins

12. “Everyday you’re trying to find more of what you’re capable of – and that’s the big question. What are you capable of? Stop doing the things that you do every day. If you run everyday, go swim.” David Goggins

13. “Life is a battle between trying to find more of yourself knowing that the real you is afraid, likes comfort, likes to be patted on the back, and doing what you need to do to get better.” David Goggins

14. “As humans, we’re reading books everyday to try to figure out how to be someone else. What we don’t do is go inside, turn ourselves inside out, and read our own story. You have to look inside to find out what you really want.” David Goggins

15. “We are all great. No matter if you think you’re dumb, fat, been bullied, we all have greatness. You gotta find the courage. It’s going to be hard work, discipline, and the non-cognitive skills – hard work, dedication, sacrifice – that will set you apart.” David Goggins

16. “We have the ability to go in such a space, if you’re willing to suffer, and I mean suffer, your brain and body once connected together, can do anything.” David Goggins

17. “You will never learn from people if you always tap dance around the truth.” David Goggins

18. “A lot of us don’t know about another world that exists for us because it’s on the other side of suffering. That’s the real growth in life.” David Goggins

19. “Suffering is a test. That’s all it is. Suffering is the true test of life.” David Goggins

20. “People take classes on self-help, mental toughness, breathing control – the only way to get tougher is to put yourself in hellacious situations.” David Goggins

21. “Most of this generation quits the second they get talked to. It’s so easy to be great nowadays because most people are just weak, If you have any mental toughness, any fraction of self-discipline – the ability to not want to do it, but still do it – you’ll be successful.” David Goggins

22. “If you’re not physically and mentally prepared for what life is going to throw at you, then you’re just going to crumble, And then, you’re no good to nobody.” David Goggins

23. “We like to live our lives on social media with lies about ourselves about how great we are. Get to the source! Fix the problem.” David Goggins

24. “When you’re exhausted, weak, and tired and everyone around you looks just as bad as you or even worse – that’s the perfect time for you to make a statement.  You let everyone around you know that when their life ends, that’s when yours begins.” David Goggins

25. “Everybody wants a quick fix like 6-minute abs – you may get some results from it, but those results won’t be permanent. The permanent results come from you having to suffer. You have to make that a tattoo on your brain so that when the hard time comes again, you don’t forget it.” David Goggins

26. “Life is one big tug of war between mediocrity and trying to find your best self.” David Goggins

27. “Don’t worry about the elements around you and what’s going on. You gotta get out there and get it.” David Goggins

28. “The more things you can do to get outside of that zone that makes you feel good, the stronger your mind is going to get. It starts getting used to doing things like this. It’s not fun, but now my mind is used to it.” David Goggins

30. “Sel-talk and visualization are two keys to my success.” David Goggins

32. “It’s easier to accept the fact that you’re just not good enough. We all have a lot more than we think we have.” David Goggins

33. “Motivation is crap. Motivation comes and goes. When you’re driven, whatever is in front of you will get destroyed.” David Goggins

34. “At the end of the day, hard work may not be enough. You still may fail. But you keep going out there and go after it.” David Goggins

38. “The most important conversation is the one you have with yourself.” David Goggins

40. “You’re not going to find greatness by looking in a book or by listening to me. I may give you the spark, but you’ve got to go inside yourself to find it.“ David Goggins

I hope you enjoyed these David Goggins Quotes On Success. Do let us know which one was your favorite in the comments section below. 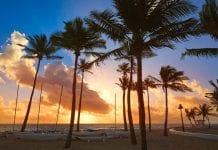 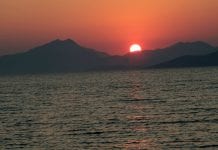 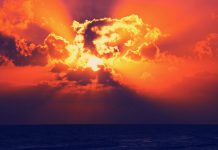 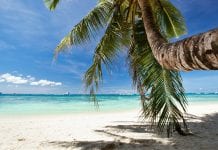