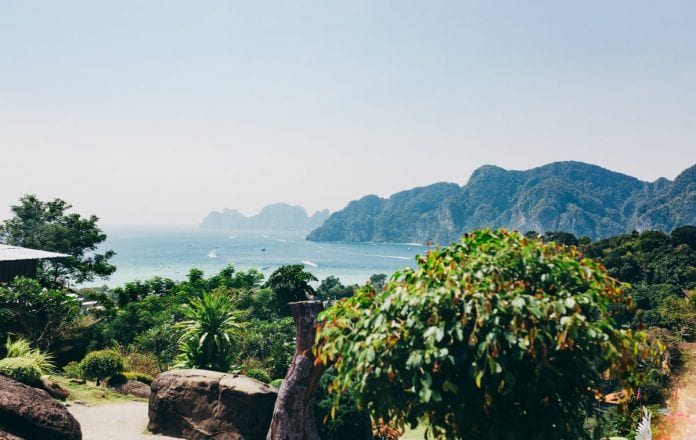 Kendall Jenner is an American model and television personality. She first appeared in the E! reality television show Keeping Up With The Kardashians, and is now also a model in a movement dubbed ‘the Instagirl era’ or ‘Social Media Modelling’, where models are chosen for their online presence and social media following. After working in commercial print ad campaigns and photoshoots, Jenner had breakout seasons in 2014 and 2015, walking the runways for high fashion designers during the New York, Milan, and Paris Fashion Weeks. Jenner has done multiple editorials and cover shoots for LOVE and various international Vogue editions, walked for Victoria’s Secret, and acts as a brand ambassador for Estée Lauder’s multimedia ad campaigns. Jenner made her debut at No. 16 on Forbes magazine’s 2015 list of top earning models, with an estimated annual income of US$4 million. In 2017, she became the World’s Highest-Paid Model on the Forbes top-earning models list. May these Kendall Jenner Quotes On Success inspire you to take action so that you may live your dreams.

1. “If I could trade places with any of my sisters for a day, it would be Kim. I want to see what it’s like. The only time she sleeps is on the airplane. It’s just crazy. I feel bad for her, but I still want to know what it’s like.” Kendall Jenner

2. “Sometimes I feel like a complete kid when I’m running around with my friends being stupid for a week, and then sometimes I just want to sit in my house and sip tea and watch old movies like I’m 60.” Kendall Jenner

5. “You can get a million comments about how beautiful you look and how awesome you are, but the one comment that says they hate you and you’re ugly is the one that sticks.” Kendall Jenner

6. “I’m lucky that I’ve never been bullied personally. There are always going to be kids who are mean and say stuff, but the people that matter to you – the people you love, like your parents, your siblings, and your friends – those are the people you should listen to.” Kendall Jenner

7. “I think a natural look is prettier. I rarely wear makeup, but we always wear sunscreen on our faces.” Kendall Jenner

8. “I don’t know – I feel like someone would think of me, or anyone in my family, as unappreciative of a moment, and I’ve really learned to appreciate a moment. I take things in a lot. I’m kind of weird like that. I like to go outside at night by myself and look at the sky and just appreciate it. I’m not that big of a weirdo, but – occasionally.” Kendall Jenner

9. “I think everyone is beautiful in their own way.” Kendall Jenner

10. “I try my best, but at the same time, I try not to let being out with someone affect my everyday life. Like, if I want to go out and grab a smoothie with a friend who’s a male, I’m not gonna let the paparazzi stop me from doing that and living my life and just being a normal person.” Kendall Jenner

12. “Modelling is my number one priority – one hundred percent.” Kendall Jenner

13. “I guess my style is a little edgy but comfortable. I like being comfortable, for sure, and kind of casual.” Kendall Jenner

14. “Someone who wants to be with you, will be with you. End of story.” Kendall Jenner

15. “I’m a very loyal and very private person when it comes to my personal life. But I obviously do have Twitter and Instagram, and I will share some of the things I’m doing.” Kendall Jenner

16. “My dream jobs would be Italian ‘Vogue’ and anything with Chanel.” Kendall Jenner

17. “My parents brought up Kylie and me to be workaholics. That’s something I really appreciate.” Kendall Jenner

19. “Do your squats eat your vegetables, wear red lipstick, and don’t let boys be mean to you.” Kendall Jenner

20. “It’s just scary to think how fast everything is rolling, and you can’t stop it.” Kendall Jenner

21. “I volunteered at Meals On Wheels, which is a place where you go and deliver healthy meals to people who are more homebound. I did that, and I had so much fun doing it, and I’m definitely planning on doing it again.” Kendall Jenner

22. “I’m not super open to new people. I have a small group of people I trust. I’m very intuitive, so I’m good at feeling out how people are, like if they have bad intentions. Sometimes I’m very closed off, which annoys me, but I think it’s for the best.” Kendall Jenner

23. “A lot of people are like, Oh, it’s so much easier to be a supermodel now because you have Instagram. You don’t even need an agency anymore. But that’s just not true. I still had to go to all the castings, I still had to go meet all the photographers, I still had to do all of that to get to where I am now. There wasn’t a step taken out just because I had social media. I still have 12-hour days, I still have even 24-hour days sometimes; I still have to do all those things. We don’t work any less hard than the ’90s models did when they were young.” Kendall Jenner

24. “I definitely want to design clothes at one point.” Kendall Jenner

25. “You have no idea how many doors closed on me and how many adults were either initially reluctant to take a chance working with me or who outright laughed at me behind my back.” Kendall Jenner

26. “I try to keep my filters simple. I don’t do anything major to my photos.” Kendall Jenner

27. “My favorite thing about doing photo shoots is just being able to have fun, meeting new people, getting dressed up, and I just love doing it. So, I have a lot of fun.” Kendall Jenner

28. “I feel like I grew up too fast a long time ago.” Kendall Jenner

29. “I wanted to fly when I was little. I still want to fly.” Kendall Jenner

30. “You can’t take anything personally in this business. Follow your dreams, but there is a lot of criticism. You have to brush it off. Everybody is looking for something different.” Kendall Jenner

31. “There’s a lot of annoying things about me. I don’t know, I’m really shy at first, and I don’t really like it. I wish I was a little more outgoing.” Kendall Jenner

32. “I’m trying my best with what I want to do, which is modeling. I think I’m on my own career path, and I don’t really care what other people have to say about me being in the spotlight of my sisters. I’m just doing my own thing.” Kendall Jenner

33. “I want to be the next Gisele Bundchen. Everything she does, who she is, what she’s done, she’s just amazing.” Kendall Jenner

35. “I was always looking up to supermodels. They were, like, my superheroes.” Kendall Jenner

36. “What people say isn’t going to stop me, I have to do things for myself.” Kendall Jenner

37. “Instagram is my edit of my life.” Kendall Jenner

38. “I try to drink a bottle of water a day, and I love Kiwi Strawberry Snapple.” Kendall Jenner

40. “My parents taught me that work ethic is one of the most important keys in life, and I believe that.” Kendall Jenner

I hope you enjoyed these Kendall Jenner Quotes On Success. Do let us know which one was your favorite in the comments section below.

Check Out 73 Questions With Kendall Jenner From Vogue: