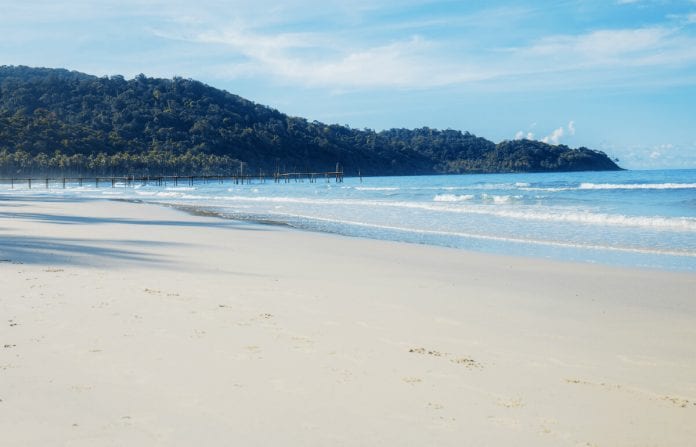 Kris Jenner is an American television personality, entertainment manager, producer, businesswoman, and author. She rose to fame starring in the reality television series, Keeping Up With The Kardashians (2007–present). She has four children from her first marriage to lawyer Robert Kardashian: Kourtney, Kim, Khloé and Robert, and two children from her second marriage to television personality and retired Olympic Games medalist, Bruce Jenner (now Caitlyn): Kendall and Kylie. Kris has an estimated net worth of $90 Million. May these Kris Jenner Quotes On Success inspire you to take action so that you may live your dreams.

1. “Anything I ever wanted, I had to work really hard for. I learned the value of saving my money, trying to make something happen, and being entrepreneurial, even as a really young girl.” Kris Jenner

2. “I worry about my grandchildren because the internet can be brutal.” Kris Jenner

3. “I love the creative process and being able to build something out of nothing.” Kris Jenner

4. “I believe in God and the power of prayer.” Kris Jenner

6. “Some people don’t know how to take some of the everyday, regular things that they have going for them and turn it into something else.” Kris Jenner

7. “It’s annoying when I hear, “What do your girls do?” Well, first of all, all of my daughters have jobs. They are fashion stylists and designers; they own a chain of stores. They had the stores before they had the show. And my kids worked from the time they were 13 years old. So to me, that’s a huge misconception that the girls don’t work. They work 25 hours a day.” Kris Jenner

8. “I guess if I get a little weird about something that isn’t the way I want it, and I complain, then it’s called controlling.” Kris Jenner

9. “I believe that, no matter how old you are, a woman can look amazing.” Kris Jenner

10. “I learned a lot in my life by paying attention and listening to how people around me worked.” Kris Jenner

11. “I’ve actually trademarked the term ‘Momager’, which is what I am.” Kris Jenner

12. “The opportunity to work with my family and just knowing that we get to get up every day and be together and have some fun. We’re having a really good time and were passionate about it. What meant the most to me was that I got to be with the kids.” Kris Jenner

13. “I have learned to be ready for anything – and be there for my kids. That’s what life’s all about.” Kris Jenner

15. “It’s important for my kids to see our family strong and united.” Kris Jenner

16. “If somebody says no, you’re asking the wrong person.” Kris Jenner

17. “We have literally millions and millions of fans. I mean, even Kendall and Kylie have 50 million followers on Instagram – apiece. That’s a hundred million people you have somehow touched emotionally, enough to follow you on a social media platform. And I think with that also comes, you know, haters.” Kris Jenner

18. “My motivation is to be creative and have fun. You want to do something that keeps you on your toes for the rest of your life and keeps you busy.” Kris Jenner

19. “When you feel like something is really wrong, it’s usually wrong.” Kris Jenner

20. “After I have a coffee, I get myself to the gym in Beverly Hills, where I workout with Gunnar Peterson. After that, I start working from the minute I get into the car to go home. I look over everyone’s schedules to see where everyone is. I may hop on the phone with our attorney to go over deals that we’re negotiating. There is maintenance on every single thing we do.” Kris Jenner

21. “I love business and I love what I’m doing. When you’re really passionate about something and something fits, you just roll with that.” Kristen Jenner

22. “I made and created a show that my family was all on board with, and we were so excited because we got to work together.” Kristen Jenner

23. “I am living my dream because I get to work with my kids and watch them find their happiness. It’s so rewarding – we brainstorm around a conference table and have a really great time doing it.” Kris Jenner

24. “I’m strong enough and have a pretty thick skin, but when people go after my kids, I just hit block-delete, block-delete. It’s my mantra.” Kris Jenner

25. “And I think that, given the opportunity, somebody could really learn a lot just being around me and the girls because it’s really nonstop, 24/7 brainstorming and creativity and just trying to get organized and really pack a lot into a day – being there nonstop with all engines blazing.” Kris Jenner

26. “It’s just one day at a time. I love multitasking and I’m really organized and when you have a certain work ethic, which all the girls have, we all have that same thing going on.” Kris Jenner

27. “I keep track of my kids sometimes with social media. I have to check TMZ every morning to see what’s going on, and then at night, I go to bed with Snapchat.” Kris Jenner

28. “For years, people had been saying, ‘You guys should have a reality show – it would be crazy,’ and I didn’t pay much attention to that talk, but the idea did stay in the back of my mind.” Kris Jenner

29. “Every day is different; you never know what to expect, and you have to be ready to pivot on a dime.” Kris Jenner

30. “When the opportunity came along to do the reality show, it was just a very exciting time. We really never thought about how it would pan out for the entire family but just knew that it was going to be a great journey.” Kris Jenner

32. “Balance is important. I think that you have to remember to find some time for yourself.” Kris Jenner

33. “I like everything a certain way. I’m not somebody who can just lay back and let it happen. That’s never going to happen for me. And I think that’s what’s gotten me to where I am in life, at the same time. I can’t turn it on and off.” Kris Jenner

35. “We get up every day with appreciation and love.” Kris Jenner

37. “Sometimes people just need a way out and they don’t even know what they have inside themselves.” Kris Jenner

38. “Choose your words wisely and you need to make a difference.” Kris Jenner

39. “I have enough, and I have so much love. And that’s the bar that I say I set so high, that’s what I’m proud of is how full I feel with that.” Kris Jenner

40. “There’s a lot of people that have great ideas and dreams and whatnot, but unless you’re willing to work really, really hard, and work for what you want, it’s never going to happen.“ Kris Jenner

I hope you enjoyed these Kris Jenner Quotes On Success. Do let us know which one was your favorite in the comments section below.