Pablo Picasso was a Spanish painter, sculptor, printmaker, ceramicist, stage designer, poet and playwright who spent most of his adult life in France. Regarded as one of the most influential artists of the 20th century, he is known for co-founding the Cubist movement, the invention of constructed sculpture, the co-invention of collage, and for the wide variety of styles that he helped develop and explore. Among his most famous works are the proto-Cubist Les Demoiselles d’Avignon, and Guernica, a dramatic portrayal of the bombing of Guernica by the German and Italian airforces during the Spanish Civil War. Picasso demonstrated extraordinary artistic talent in his early years, painting in a naturalistic manner through his childhood and adolescence. During the first decade of the 20th century, his style changed as he experimented with different theories, techniques, and ideas. After 1906, the Fauvist work of the slightly older artist Henri Matisse motivated Picasso to explore more radical styles, beginning a fruitful rivalry between the two artists, who subsequently were often paired by critics as the leaders of modern art. Exceptionally prolific throughout the course of his long life, Picasso achieved universal renown and immense fortune for his revolutionary artistic accomplishments, and became one of the best-known figures in 20th-century art. May these Pablo Picasso Quotes On Success inspire you to take action so that you may live your dreams.

1. “I am always doing that which I cannot do, in order that I may learn how to do it.” Pablo Picasso

2. “It takes a long time to become young.” Pablo Picasso

3. “The artist is a receptacle for emotions that come from all over the place: from the sky, from the earth, from a scrap of paper, from a passing shape, from a spider’s web.” Pablo Picasso

6. “All children are artists. The problem is how to remain an artist once he grows up.” Pablo Picasso

7. “Painting is just another way of keeping a diary.” Pablo Picasso

9. “The purpose of art is washing the dust of daily life off our souls.” Pablo Picasso

10. “Art is the lie that enables us to realize the truth.” Pablo Picasso

11. “What one does is what counts and not what one had the intention of doing.” Pablo Picasso

12. “I don’t believe in accidents. There are only encounters in history. There are no accidents.” Pablo Picasso

13. “Painting is a blind man’s profession. He paints not what he sees, but what he feels, what he tells himself about what he has seen.” Pablo Picasso

14. “I paint objects as I think them, not as I see them.” Pablo Picasso

15. “Only put off until tomorrow what you are willing to die having left undone.” Pablo Picasso

16. “If only we could pull out our brain and use only our eyes.” Pablo Picasso

17. “One must act in painting as in life, directly.” Pablo Picasso

19. “Love is the greatest refreshment in life.” Pablo Picasso

21. “The world today doesn’t make sense, so why should I paint pictures that do?” Pablo Picasso

22. “There are only two types of women – goddesses and doormats.” Pablo Picasso

23. “To copy others is necessary, but to copy oneself is pathetic.” Pablo Picasso

24. “Everything is a miracle. It is a miracle that one does not dissolve in one’s bath like a lump of sugar.” Pablo Picasso

25. “Everything you can imagine is real.” Pablo Picasso

26. “Inspiration exists, but you have to find it working.” Pablo Picasso

27. “Ah, good taste! What a dreadful thing! Taste is the enemy of creativeness.” Pablo Picasso

28. “The chief enemy of creativity is good sense.” Pablo Picasso

33. “An idea is a point of departure and no more. As soon as you elaborate it, it becomes transformed by thought.” Pablo Picasso

34. “Art is not the application of a canon of beauty but what the instinct and the brain can conceive beyond any canon. When we love a woman we don’t start measuring her limbs.” Pablo Picasso

38. “Art is the elimination of the unnecessary.” Pablo Picasso

39. “People want to find a meaning in everything and everyone. That’s the disease of our age.” Pablo Picasso

40. “Action is the foundational key to all success.” Pablo Picasso

I hope you enjoyed these Pablo Picasso Quotes On Success. Do let us know which one was your favorite in the comments section below.

Check Out 15 Things You Didn’t Know About Pablo Picasso From Alux: 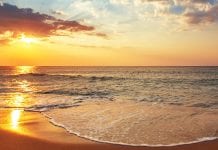 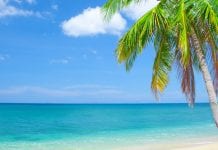 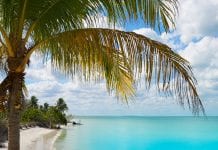 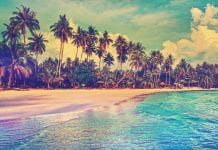 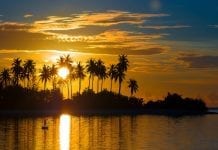 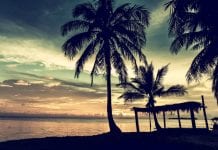