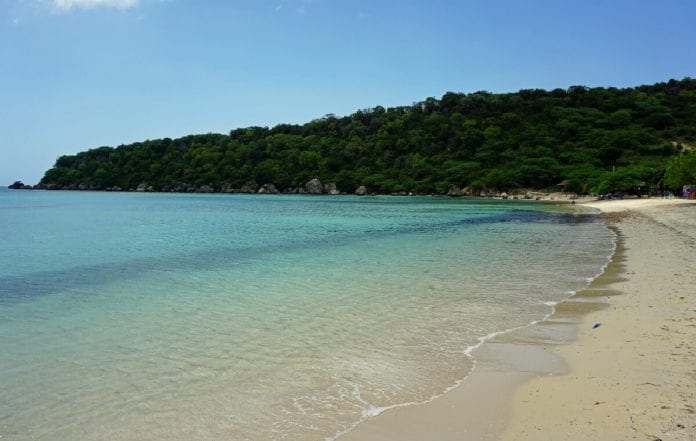 Paul Allen was an American business magnate, investor, researcher, humanitarian, and philanthropist. He co-founded Microsoft alongside Bill Gates in 1975, which helped spark the microcomputer revolution and later became the world’s largest PC software company. In March 2018, Allen was estimated to be the 44th-wealthiest person in the world according to the Forbes annual list of the world’s billionaires, with an estimated net worth of $21.7 billion, revised at the time of his death to $20.3 billion. Allen was the founder, with his sister Jody Allen, and Chairman of Vulcan Inc., the privately held company that managed his various business and philanthropic efforts. He had a multibillion-dollar investment portfolio including technology and media companies, scientific research, real estate holdings, private spaceflight ventures, and stakes in other sectors. He owned two professional sports teams: the Seattle Seahawks of the National Football League and the Portland Trail Blazers of the National Basketball Association, and was part-owner of the Seattle Sounders FC, which joined Major League Soccer in 2009. Allen was the founder of the Allen Institute for Brain Science, Institute for Artificial Intelligence, Institute for Cell Science, Stratolaunch Systems, and Apex Learning. He gave more than $2 billion to causes such as education, wildlife and environmental conservation, the arts, healthcare, community services, and more. He received numerous awards and honors in several different professions, and was listed among the Time 100 Most Influential People in the World in both 2007 and 2008. May these Paul Allen Quotes On Success inspire you to take action so that you may live your dreams.

1. “I choose optimism. I hope to be a catalyst not only by providing financial resources but also by fostering a sense of possibility: encouraging top experts to collaborate across disciplines, challenge conventional thinking, and figure out ways to overcome some of the world’s hardest problems.” Paul Allen

2. “In the computer industry, you’ve got an interdisciplinary team of people who can come together, attack the problem, and work in a collaborative style. You knock down one problem after another, cobble things together, and then hopefully turn the crank at some point.” Paul Allen

3. “As a species, we’ve always been discoverers and adventurers, and space and the deep ocean are some of the last frontiers.” Paul Allen

4. “Long periods can pass between the times you play for a championship, so you have to savor those moments.” Paul Allen

5. “Once you become an owner of a team, you get so much more into the sport and you can’t help it. So I really love NFL football now to the degree of following it much more than I did previously.” Paul Allen

7. “The possible is constantly being redefined, and I care deeply about helping humanity move forward.” Paul Allen

9. “What should exist? To me, that’s the most exciting question imaginable. What do we need that we don’t have? How can we realize our potential?” Paul Allen

10. “You look at things you enjoy in your life, but much more important is what you can do to make the world a better place.” Paul Allen

11. “The only regrets I have are rather prosaic – like I wish I went for a swim in the Pacific.” Paul Allen

12. “Each failure contains the seeds of your next success – if you are willing to learn from it.” Paul Allen

13. “Any crusade requires optimism and the ambition to aim high.” Paul Allen

14. “I think it’s going to be great if people can buy a ticket to fly up and see black sky and the stars. I’d like to do it myself – but probably after it has flown a serious number of times first!” Paul Allen

15. “As long as we work together, with both urgency and determination, there are no limits to what we can achieve.” Paul Allen

17. “I was in a town of about 10,000 people, and a shipping container with a rusty microscope was their medical clinic.” Paul Allen

18. “Traditionally, Seattle has been a great sports town and great football town. What the Huskies have achieved over the years has been pretty amazing. That’s how I got my first taste of football – when I went with my father to Husky Stadium.” Paul Allen

19. “From technology to science to music to art, I’m inspired by those who’ve blurred the boundaries, who’ve looked at the possibilities and said – What if?” Paul Allen

20. “I believe in the power of shared data and technology to help build a better future.” Paul Allen

21. “Technology is notorious for engrossing people so much that they don’t always focus on balance and enjoy life at the same time.” Paul Allen

22. “I grew up around books. When I first held the book and it was a substantive, tangible thing, and I thought of all the work that went into it, not just my work but everybody else’s and the research and so forth, there’s a sense of really have done something worthwhile.” Paul Allen

23. “In the first eight or so years at Microsoft, we were always chained to our terminals, and after I got sick the first time, I decided that I was going to be more adventurous and explore more of the world.” Paul Allen

24. “In global warming, I think everyone is scratching their heads – are there technological things that can be brought to bear that can make a difference?” Paul Allen

25. “You’ve got to enjoy time with your family and friends, and if you’re involved in sports franchises, those peak moments in playoff games. You have to enjoy life.” Paul Allen

26. “In my own work, I’ve tried to anticipate what’s coming over the horizon, to hasten its arrival, and to apply it to people’s lives in a meaningful way.” Paul Allen

27. “The best museums and museum exhibits about science or technology give you the feeling that, hey, this is interesting, but maybe I could do something here, too.” Paul Allen

28. “With documentary-film projects, you hope you highlight an area of concern people haven’t thought about before. A lot of times, I’m asking myself – This seems to be a significant problem. What can be done that hasn’t been done?” Paul Allen

29. “Even before I helped to co-found Microsoft, I saw a connected future. I called that future The Wired World.” Paul Allen

30. “For the most part, the best opportunities now lie where your competitors have yet to establish themselves, not where they’re already entrenched. Microsoft is struggling to adapt to that new reality.” Paul Allen

31. “The brain is one of the richest green fields of science. There’s so much yet to be discovered.” Paul Allen

32. “The human brain works in, so far, mysterious and wondrous ways that are completely different than the ways that computers calculate. Things like appetite or emotion, how do those function in the brain?” Paul Allen

33. “To make real progress in A.I., we have to overcome the big challenges in the area of common sense.” Paul Allen

34. “When it comes to helping out, I don’t believe in doing it for the media attention. My goal is to support the organizations that need help.” Paul Allen

35. “What is the best advice, business or otherwise, you’ve had and from whom? The best advice I’ve received came many years ago from my father. He told me that you should love whatever work you do, you should try to find something you truly enjoy. And I’ve been lucky through the years that the work I’ve been involved with has been challenging and for the most part, fun.” Paul Allen

36. “I’m trying to show people that they can activate their own passions and find their own path.” Paul Allen

37. “Facing your own mortality forces you to re-evaluate your priorities.” Paul Allen

38. “I first got interested in the brain through computers.” Paul Allen

39. “Part of life has to be about enjoying life and having different experiences, especially if you’re with friends and you’re on an adventure on a boat or a submarine – it’s a lot of fun.” Paul Allen

40. “Our dream is to one day uncover the essence of what makes us human.” Paul Allen

42. “The promise of artificial intelligence and computer science generally vastly outweighs the impact it could have on some jobs in the same way that, while the invention of the airplane negatively affected the railroad industry, it opened a much wider door to human progress.” Paul Allen

44. “You want someone who will challenge you back; sometimes, that’s the way the best decisions get made.” Paul Allen

45. “Our net worth is ultimately defined not by dollars but rather by how well we serve others.” Paul Allen

I hope you enjoyed these Paul Allen Quotes On Success. Do let us know which one was your favorite in the comments section below. 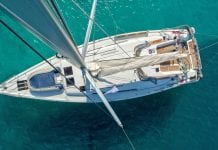 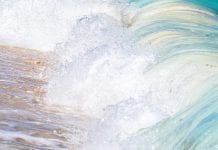 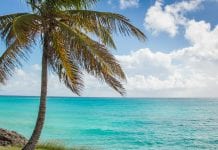