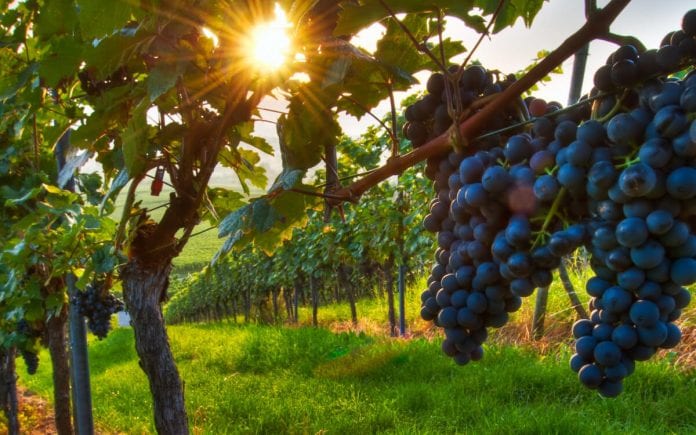 The word ‘Islam‘ in Arabic means submission to the will of God. Followers of Islam are called Muslims. Us Muslims believe there is one true God, Allah (the Arabic word for God). May these Islam Quotes On Success inspire you to take action so that you may live your dreams.

1. “Allah can change the most hopeless situation into the best moment in your life.” Anonymous

3. “The richest of the rich is the one who is not a prisoner to greed.” Ali Ibn Abi Talib (R.A)

4. “Everyone who is taken by death asks for more time, while everyone who still has time makes excuses for procrastination.” Ali Ibn Abi Talib (R.A)

6. “O you who have believed, persevere and endure and remain stationed and fear Allah that you may be successful.” [Quran: Surah Ali-Imran 3: Ayah 200]

7. “The bravest heart is the one that stays close to Allah, even, when it’s in pain.” Anonymous

8. “If anyone fulfils his brother’s needs, Allah will fulfil his needs; if one relieves a Muslim of his troubles, Allah will relieve his troubles on the Day of Resurrection.” [Prophet Muhammad PBUH, Sahih Bukhari]

9. “The Prophet (SAW) said: There are two blessings which many people lose: (They are) health and free time for doing good.” Sahih Bukhari

10. “There is no relationship between Allah and anyone except through obedience to Him.” Umar Ibn Al Khattab

11. “Allah (God) does not intend to make difficulty for you, but He intends to purify you and complete His favor upon that you may be grateful.” [Quran 5:6]

12. “And Allah has sent down rain from the sky and given life thereby to the earth after its lifelessness. Indeed in that is a sign for a people who listen.” Surah An-Nahl [16:65]

14. “Meet the people in such a manner that if you die, they should weep for you, and if you live, they should long for you.” Ali Ibn Abi Talib (R.A)

15. “Once prayer becomes a habit, success becomes a lifestyle.” Anonymous

16. “Speak only when your words are more beautiful than the silence.” Anonymous

18. “So when the Qur’an is recited, then listen to it and pay attention that you may receive mercy.” [Al-A’raf verse 204]

19. “Do good deeds properly, sincerely and moderately and know that your deeds will not make you enter Paradise, and that the most beloved deed to Allah is the most regular and constant even if it were little.” Sahih Bukhari

20. “We were the most humiliated people on earth & Allah gave us honour through Islam.” Umar Ibn Al Khattab

21. “Abdullah ibn ‘Abbas (R.A) reported that the Prophet (SAW) said, “The believer is not he who eats his fill while his neighbour is hungry.” (Authenticated by Al-Albani, Al-Adab Al-Mufrad Al-Bukhari, Hadith 112)

24. “The best among you are those who have the best manners and best character.” Sahih Bukhari 6029

26. “Allah knows exactly what to give you to help you return to Him. The events in your life are purposeful, appropriate & non-random.” Shiekh Hamza Yusuf

31. “No matter what your physical appearance, when you have kindness in your heart, You’re the most beautiful person in the world.” Mufti Ismael Menk

32. “And those who have believed and done righteous deeds – We will surely assign to them Paradise [elevated] chambers beneath which rivers flow, wherein they abide eternally. Excellent is the reward of the [righteous] workers.” [Quran 29:58]

33. “Abu Huraira reported: The Messenger of Allah, peace and blessings be upon him, said, “Allah said: Spend in charity, O son of Adam, and I will spend on you.” [Hadith]

34. “Religion is very easy, and whoever overburdens himself in his religion will not be able to continue in that way.” Sahih Bukhari

35. “Your fate has been written with the ink of His love and sealed with His mercy so fear not, place your trust in Him and have hope in His decree.” [Gems of Jannah]

37. “Allah Azzawajal is your source of strength, Allah SWT is your solution to every hardship and problem. Rely on Allah with true tawwakul and let Him alone guide your ways.” [RevertFatimah]

38. “Taking pains to remove the pains of others is the true essence of generosity.” Abu Bakr (R.A)

40. “O Allah! I seek refuge with You from worry and grief, from incapacity and laziness, from cowardice and miserliness, from being heavily in debt and from being overpowered by (other) men.” [Prophet Muhammad PBUH, Sahih Bukhari]

41. “After asking Allah to guide you to the straight path, don’t just stand there. Start walking!” Albaz Poetry

42. “When was the last time you read the Quran? If you want to change, start with the book of Allah.” Anonymous

43. “Whoever fears Allah, Allah will find a way out for him ( from every difficulty) and He will provide for him from sources that he could never have imagined.” [Quran 65:2-3]

44. “When a man says I cannot, he has made a suggestion to himself. He has weakened his power of accomplishing that which otherwise would have been accomplished.” Muhammad Ali

45. “Allah still loves and shows mercy to those who disobey Him, so imagine how much He loves those who obey Him.” [The Wondering]

46. “The Worst of our faults is our interest in other people’s Faults.” Ali Ibn Abi Talib (R.A)

47. “Turn to Allah and you will find His Mercy heal every aching part of your heart and soul. Allah will guide you, He will bring clarity to your eyes, make soft your heart and make firm your soul.” Anonymous

48. “Indeed, Allah (God) will not change the condition of a people until they change what is in themselves.” Qur’an 13:11

50. “The most beloved actions to Allah are those performed consistently, even if they are few.” Sahih Bukhari

I hope you enjoyed these Islam Quotes On Success. Do let us know which one was your favorite in the comments section below.